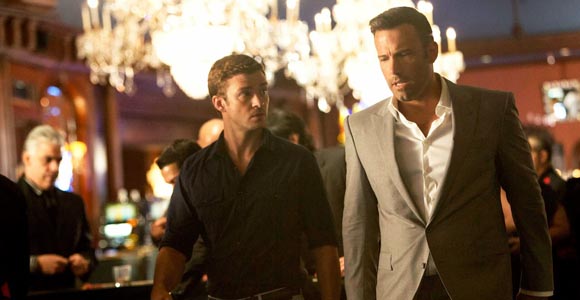 I can’t recall if it’s canon or not but I’m pretty sure counting cards is one of the zillion things Batman can do. So of course that’s what immediately came to mind when I heard our next Bruce Wayne, Ben Affleck had been caught counting cards in Las Vegas last week. Why, Ben? Why?

I’m not even sure what to make of this whole thing. The New York Daily News reports:

Hard Rock Las Vegas officials aren’t bluffing as they have banned the forthcoming “Batman” star for life from playing blackjack at the casino after he was caught counting cards, a source close to Affleck told the Daily News.

“You are too good,” a security guard told the Oscar-winning star Monday night at the casino’s high-rollers’ blackjack table, the source said.

Translation: no more blackjack for Affleck. However, he’s welcome to try his hand at other games at the Hard Rock.

A few things to remember:

Ok, we all caught up?

I just…sigh. Are you that bored with life? You are about to play Batman for goodness’ sake! It doesn’t get much more exciting than that. Whyyyyyyyy?

Meanwhile, Affleck’s longtime friend Matt Damon joked with CNBC about rumors of him having a role in the superhero films his buddy is starring in. “Since they made Ben Batman, I’ve been showing up at his house every day dressed as Robin, but my little campaign I don’t think has gone too well so far.”

We’ll be seeing Affleck as Bruce/Batman first in the Man of Steel sequel, and then in the recently announced Justice League film directed by Zack Snyder.