Ben Affleck on Batman v Superman: “If I Thought We Were Remaking Daredevil, I’d Be Out There Picketing Myself” 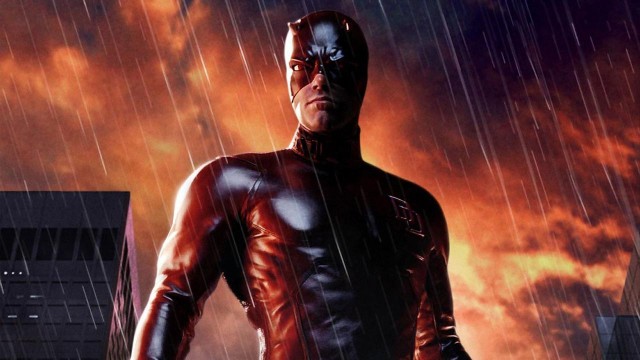 Ben Affleck knows you’re judging his ability to play Batman based on the utter failure of Daredevil . He gets it. He understands. Look into his eyes. Buy a ticket to Gone Girl. Beliiiiieeeeeeeve.

Affleck went into PR mode a little bit in an interview with NPR, where he threw Daredevil under the bus, where it belongs. “Indeed I have regrets about Daredevil,“ the Goddamn Batman explained. “I have regrets about all the movies that I don’t think were executed properly.” Gigli? Just say Gigli.

Look, if I thought we were remaking Daredevil, I’d be out there picketing myself… and that goes for other movies as well that I haven’t been happy with. You know, I’m hard on myself and I have exacting standards and I want to do excellent work and I don’t always succeed, but I think you have to start out with that drive.

[Batman V Superman] was written by Chris Terrio, who wrote Argo, who’s not a comic guy. And it’s directed by Zach Snyder, who’s a incredibly magical sort of visual stylist who’s steeped in the comic world. And you have this sandwich of talents. I felt very confident about it.

I almost want to pat Affleck on the head here. Bud, it’s nice that you’re trying. But if people are so convinced that you’re absolutely, 100% the wrong choice for Batman that they’re going to consign you to the reject pile before hearing you do even a single line of dialogue (yeah, that’s right, I’m judging), there’s not much you can do. Distance yourself from Daredevil all you want. It won’t change anything.

As for the rest of the quote—I liked Argo. Didn’t like Snyder’s Man of Steel. Do like sandwiches. I’d rather eat a sandwich than write about this movie any more, actually. Hold on, I think I have one in the fridge.