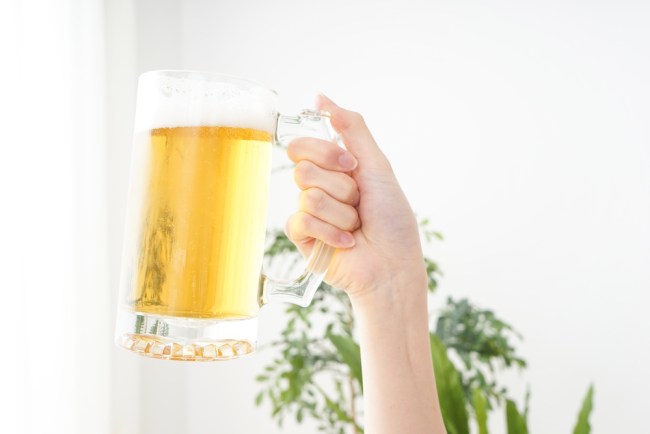 Thanks to gender-based marketing campaigns, we finally live in a world where women can use nearly any product that originally would have been outside our realm of ability and comprehension. Because as women are so constantly reminded, if it’s not pink and more expensive, we simply don’t know what to do with it. Behold:

Now, women are finally able to drink the manliest of man drinks: beer. Never mind the fact that women already drink a whole lot of beer, because now we can stop hiding all that shame we weren’t feeling! Meet Aurosa, the beer “for her.”

The founder of the Prague-based company, Martina Šmírová, clearly understands the modern female experience, and our struggle to find a low-alcohol beer in a pretty bottle, topped off with an off-putting description about girlhood tenderness.

Aurosa, the first “beer for women”. The description is plain old creepy. pic.twitter.com/5LIm59iiKF

Is ANY of this for me? I’m so confused. #beerforher pic.twitter.com/f6bxUE8pwP

How can my weak womanly hands possibly cope with holding the weight of a pint glass? @MelissaCole #beerforher https://t.co/M8Ta0l7JYp

We have over 500 beers for him and her..
No sexism required to enjoy any of them #beerforher pic.twitter.com/VHSOxOAtcG

After receiving a thrashing online, Aurosa posted a response on their Facebook page. It reads, “Beer, wine or any alcohol has no gender. However, the beer industry is largely dominated by men. And culturally, even as more women enter the industry as brewers, pub owners, drinkers, beer can still pretty much feel like a masculine affair.”

Now, that’s not totally false. Despite being credited with the drink’s invention, the Industrial Revolution did turn brewing into a male-dominated industry. And according to a number of polls, about a quarter of American women name beer as their favorite alcoholic beverage, compared with about 54% of men.

However, those numbers change dramatically when you look at the craft beer industry. Women make up about 25% of total beer drinkers, but 37% of craft beer drinkers. Plus, craft breweries far more likely to be woman-owned or run. Clearly, women do want to feel included as consumers of beer, and even more clearly, “Beer For Her” is not what we’re looking for. How is a for-women-only beer going to change the culture or beer to include women? Instead, the gender divide, and the message that women shouldn’t be drinking beer is only compounded with this isolation-based, stereotypically girly marketing.

In that Facebook response, the company says “Aurosa was never intended to take part in sexism, feminism or the like.” Which sounds like the full extent of this company’s understanding of gender-based marketing was “put it in a pretty bottle.” It would make sense, then, that they pissed off a lot of beer drinkers not looking to be marginalized and pandered to.

They also, apparently, didn’t even do a cursory Google search to make sure their claim of being “the first beer for her” was valid. It’s not. And maybe they would have liked to have known just how quickly the others before them had folded. They probably could have used the heads up that women do not need or want this.