Who Had A Better Time Yesterday? Batkid Or Everyone Watching Batkid? 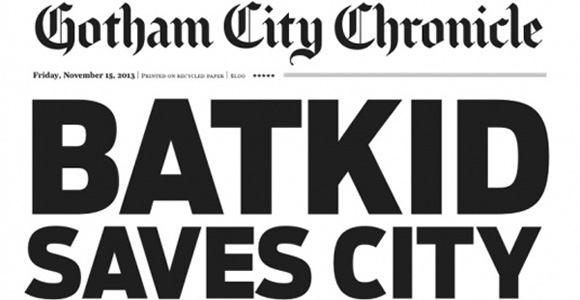 Yesterday, the world watched as one boy got the experience of a lifetime – 5-year-old Miles was Batman for a day. See how an entire city made his dream a reality and watch as even the cast of The CW’s Arrow and the President of the United States got involved.

Our sister site Geekosystem had the livestream up yesterday of the whole event, which to be honest, was pretty impressive. Miles had been fighting leukemia since he was just 20 months and with a long battle behind him (he’s now in remission), it was time to celebrate. So the Make-a-Wish Foundation went to work turning San Francisco into Gotham City for the day. “I thought I could do it on a scale that a 5-year-old would appreciate,” their Bay area executive director Patricia Wilson told SFGate, “But apparently, it’s on a scale now that the nation appreciates.”

And that’s exactly what happened. We watched as “Batkid” foiled the plans of The Penguin and The Riddler, saved an innocent bystander, and took calls from “Commissioner Gordon,” aka Police Chief Greg Suhr. Watch some videos of this escapades here.

But as the day continued, everyone got in on the fun and jumped at the chance to thank “Batkid” for being a hero. For instance, President Barack Obama…

The Department of Justice even put out a press release thanking Batkid and denouncing the villains. And the cast of Arrow went the extra mile…

The San Francisco Chronicle created a special-edition “Gotham City Chronicle” to replace their front page Friday and it was so popular they decided to reprint it as a special insert inside today’s edition. 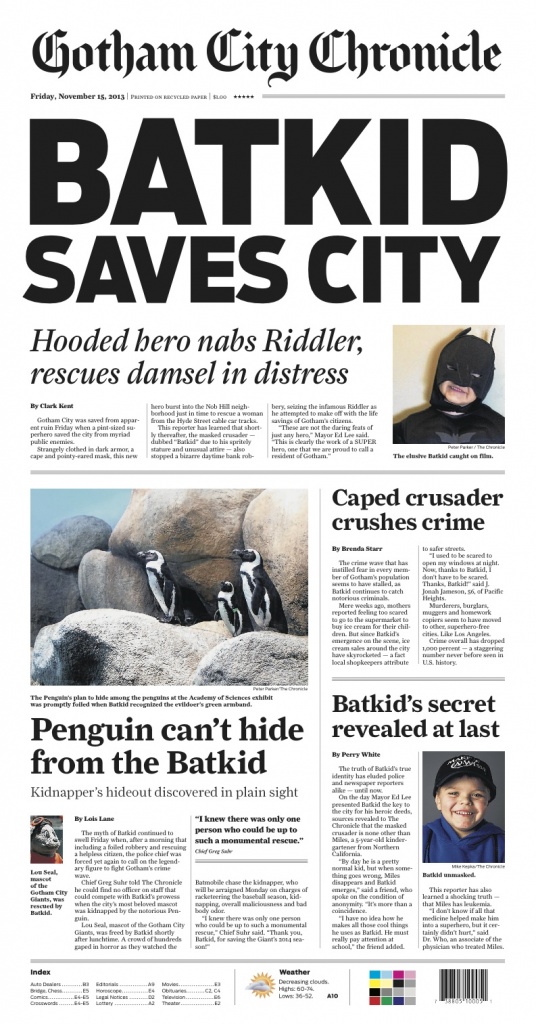 Several news sources are reporting the event had roughly 12,000 volunteers but others lines the streets and watched online as it happened. And to boot? Miles’ younger brother wore a Robin shirt and cape.

Cutest and sweetest superhero Gotham has ever seen! We love you #SFBatkid! pic.twitter.com/KtLt8Azoxq