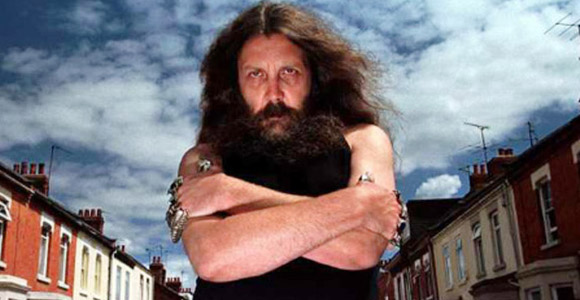 You probably remember the big kerfuffle from a few weeks ago, the one where Barnes & Noble decided to pull all DC Comics graphic novels from their physical store shelves in response to the publisher’s exclusive deal with Amazon and their Kindle Fire. Even though DC later said the exclusive deal wasn’t as exclusive as previously thought, that didn’t change anything for B&N. Now, the bookstore chain has decided to refill its shelves with Alan Moore comics. “But, hasn’t Moore done a lot of work for DC,” you ask? Yes, that may be why they are stocking their stores with the writer’s work from publisher 2000 AD instead.

Comic Book Resources has learned “that, rather than wait for DC’s exclusive deal to expire before re-filling the open space on its stores’ shelves, Barnes & Noble has struck a deal with 2000 AD publisher Rebellion, massively increasing the available stock of a number of 2000 AD releases in B&N storefronts.”

While B&N won’t be selling any DC Moore work in their stores, they will now be able to stock the author’s extensive work from 2000 AD. “Having published some of Moore’s earliest material for decades, the British company has struggled to find a firm foothold in the giant US publishing business,” writes CBR, “DC’s loss is 2000 AD’s gain, however, as orders of titles like The Complete Alan Moore Future Shocks and Tharg’s Terror Tales have been increased by B&N in significant quantities in an effort to fill the hole left in the chain’s stock by the DC Comics purge.”

B&N, is still keeping their comments to a more general nature saying in a statement credited to Jaime Carey, their Chief Merchant:

Barnes & Noble works with thousands of publishers to bring customers the world’s largest selection of physical and digital reading content. However, regardless of the publisher, we will not stock physical books in our stores if we are not offered the available digital format. In a few isolated instances, exclusive publisher deals have prohibited Barnes & Noble from selling certain eBooks, preventing millions of our digital customers from access to those titles. To sell and promote the physical book in our store showrooms, and not have the eBook available for sale would undermine our promise to Barnes & Noble customers to make available any book, anywhere, anytime.

Regardless, 2000 AD is getting the benefit of the squabble. Their PR Coordinator Michael Molcher told CBR that the decision was so large that “the US edition of Alan Moore’s ‘Future Shocks’ has gone to reprint before it has even been published.”

Don’t be surprised if other publisher’s who own the rights to fellow DC writer’s work follow suit to gain the same advantage.