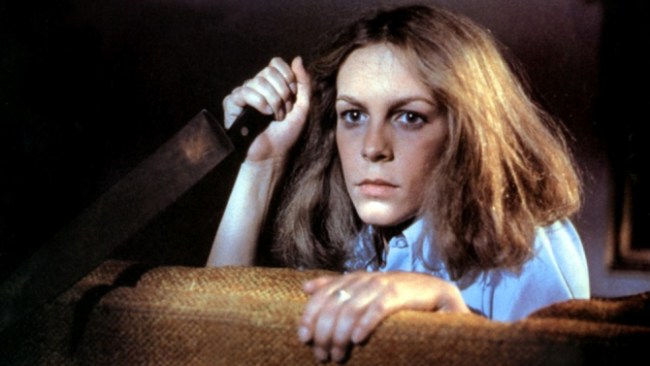 I am a self-proclaimed Halloween nerd. By the time October 1st hits, I’ve got my Halloween decorations up, a belly full of candy corn, and my favorite horror movies on rotation.

My obsession for horror movies began as a kid at my local Blockbuster Video. By the time my friends and I would talk my dad into giving us a ride there, all the new, “good” movies would be gone. But the horror movie section always managed to have plenty of movies in stock. We spent whole summers renting our way through the worst of the worst of horror movie rentals. From classics like Halloween to horrible 80s problematic shlock (I’m looking at you Sleepaway Camp) we saw it all. And right around that time was also when teen pop culture saw a horror movie explosion, with movies like Scream, I Know What You Did Last Summer, and Final Destination rolling through the theaters.

“What’s the point? They’re all the same. Some stupid killer stalking some big-breasted girl who can’t act who is always running up the stairs when she should be running out the front door. It’s insulting.”

Sadly, that is an all too accurate critique of lots of horror classics. However, there are also a bunch of badass horror heroines out there. These characters are far more than the usual one-note performances that women are often boxed into. 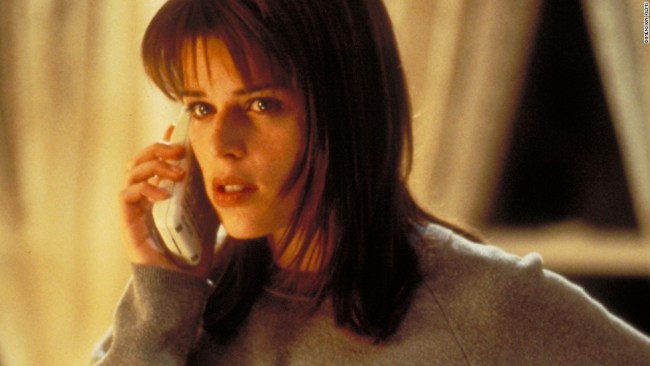 I was 11 when Scream came out, which means I was prime age to think that Sidney Prescott was the absolute coolest. Throughout the Scream franchise Sidney repeatedly refuses to back down from creepy boyfriends, vulture-like journalists, and – you know – serial killers. Plus she is the horror queen of one line comebacks, even when she’s in the middle of fighting off an attacker. And while it would be easy to say that opening the movie with blonde Drew Barrymore getting killed (spoiler alert?) is exactly the kind of horror cliche we’re looking to avoid, the whole movie is such a skewering parody of the genre that it puts a different twist on that scene. Further props to Scream for the character of Gale Weathers; a cutthroat journalist who doesn’t take shit from anyone. 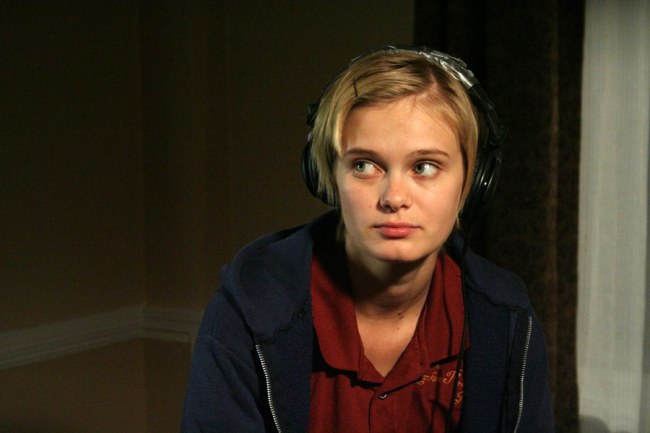 Horror movies aren’t all slasher movies and gore. I’m a huge fan of creepy paranormal horror, and The Innkeepers is a great slow burn indie example of it. Claire is one of two employees working at the 100-year-old Yankee Pedlar Inn during its final days of operation. In the time left before they lock the doors for good, Claire is determined to capture proof of the hotel’s paranormal happenings, no matter how creepy things get . . . 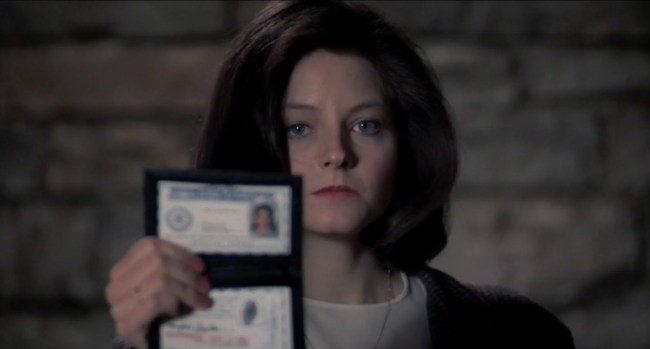 Clarice Starling, Silence of the Lambs

YES. Clarice Starling is the unfazed, cool, collected, by the book FBI agent who plays opposite Hannibal Lector. Jodie Foster’s portrayal is anything but one dimensional; her character finds power in her intuition, her emotional intelligence, and her vulnerability. Her investigation and her actions are intentional and well thought out. You can definitely see how Foster’s performance influenced other investigative characters, such as the X-Files’ Dana Scully. One note about this film is that we should recognize the problematic Buffalo Bill character in regards to transphobia, but I still think Foster’s performance makes this movie worth revisiting. 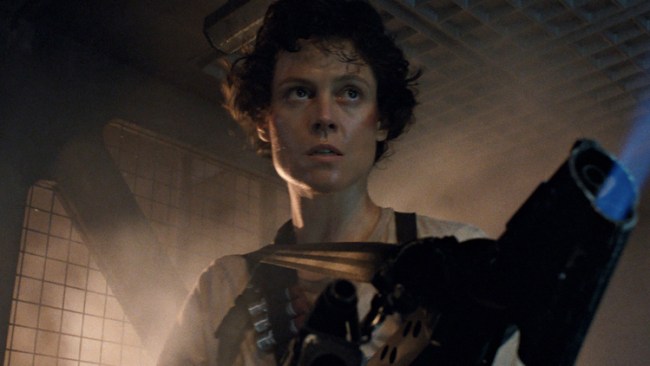 Alien is a classic movie. But this sci-fi haunted house masterpiece would be nothing without the unstoppable Ellen Ripley. A complex, fully realized character, Ripley is the template which all of the best action heroines are based off of. Her character exists independent of the male characters in the film, not in service of them. 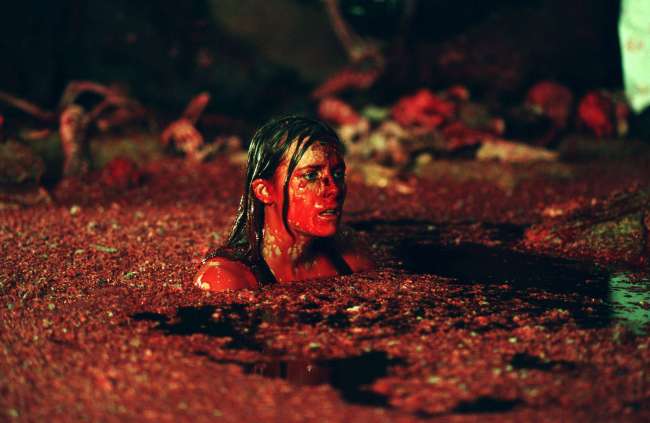 Sarah (and everyone else), The Descent

If you needed a rubric for a horror movie that could pass the Bechdel test, it would definitely be The Descent. While our main character is Sarah, who has survived a trauma one year before the events of the film, the movie is centered around a group of 6 women on a cave exploration trip gone awry. Sure, a group of people in the woods is a pretty standard horror setup, but I can’t think of another horror movie where the cast is entirely made up of female friends. 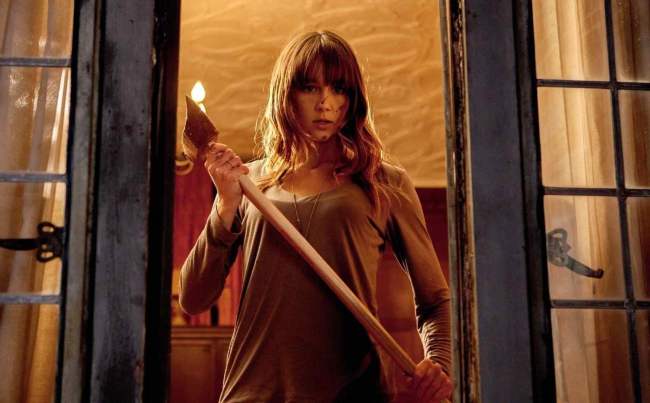 When You’re Next begins, it lines up as a fairly traditional home invasion movie. But, when our villians attack this family home, they are not anticipating an encounter with a total badass like Erin. By the end of the movie (spoiler alert) Erin ends up amassing a higher body count than any of her would be attackers. Erin’s strength plus a dash of dark humor differentiates this movie from similar fare like The Purge or The Strangers. 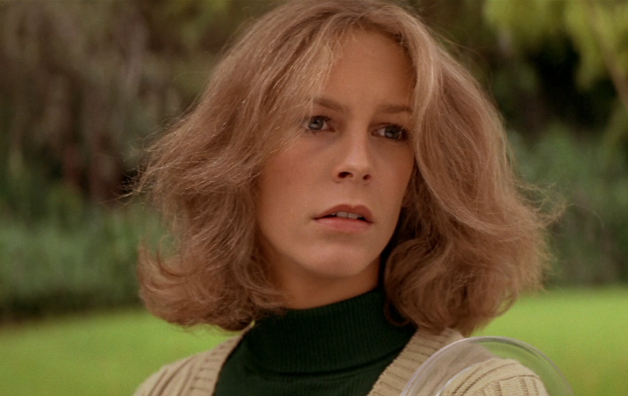 The one who started it all. There are arguments that this film started the “virgins live” theme you see in a lot of horror movies, but throughout the Halloween franchise, Laurie Strode proves herself as the ultimate survivor. Also, though it’s often overlooked, I really enjoy the relationship Laurie has with her friends Annie and Lynda in the film’s early scenes. While John Carpenter led the project, the movie was actually co-written by Debra Hill, who wrote most of the dialogue for the female characters, lending a more authentic voice. Nearly 40 years later, the horror world hasn’t lost its fascination with Laurie Strode; Curtis is set to reprise her role in the latest iteration of the franchise in October 2018.