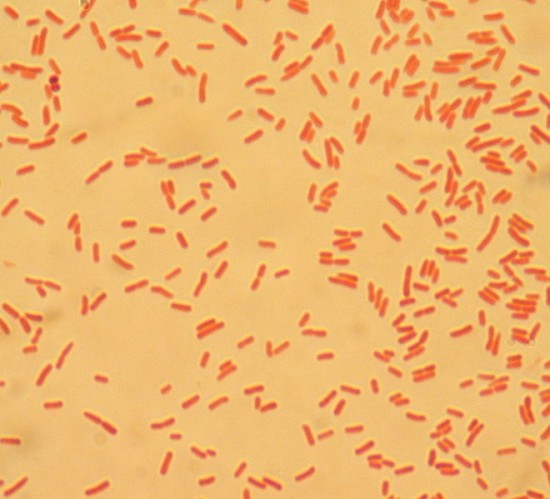 In what seems to be a bacterial death match, researchers at Nanyang Technological University have genetically altered Escherichia coli to attack and kill Pseudomonas aeruginosa, which is responsible for many infections in hospital patients whose immune systems are weakened. Led by Nazanin Saeidi and Choon Kit Wong, the researchers created E.coli that produces the protein LasR, which can recognize molecules that P.aeruginoa uses to communicate.

According to the researchers, they are basically using P. aeurginosa’s own defenses against it. When the E.coli’s LasR detects the chemical signals that P.aeurginosa uses to communicate with other cells, it switches on two genes. This first gene creates a lethal (to P.aeeruginosa) toxin called pyocin. The toxin breaks through the outer cell wall of the bacteria, causing its insides to leak out. The second gene causes the E.coli to break apart, killing itself and releasing even more pyocin.

The ironic thing about using pyocin to take out the bacteria is that the toxin is actually made and used by P.aeruginosa to kill off other competing strains. The researchers focused on a type of pyocin called S5; this toxin was able to kill off the strains of P.aeruginosa most often seen in hospital patients. According to the researchers, the E.coli killers were able to take out 99% of targeted P.aeruginosa. The engineered E.coli even proved 90% effective against P.aeruginosa in hard-to-kill biofilms.

Though highly successful, the research isn’t anywhere near clinical use to stave off infection in hospital patients. So far the tests have only been conducted on cells in a lab, not live animals or human patients. That said, this proof of principle research is a pretty creative way to combat bacteria, which are becoming ever more resistant to different forms of antibiotics, with other bacteria. P. aeruginosa is one of the types of bacteria that is very difficult to treat with antibiotics because it has a natural resistance to them. The research was published in the journal Molecular Systems Biology.