More Screenings of The Babadook for LGBTQIA Causes, Please 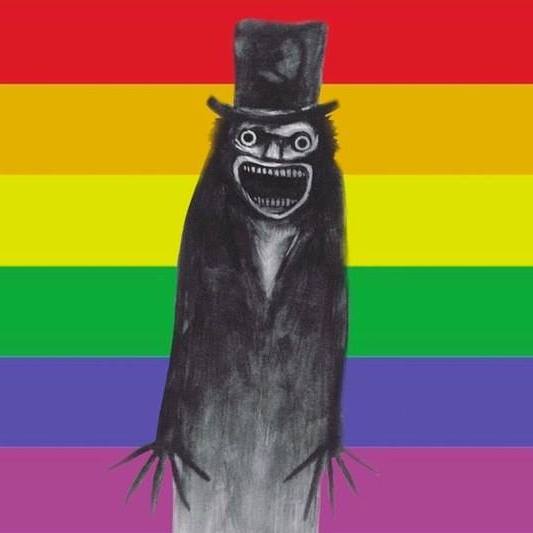 Unless you’ve been living under a hetero-rock, you’ve probably seen the huge wave of Babadooks as the world embraces the 2014 movie creature as the new face of Pride. After a viral Tumblr post about the movie being sorted into the LGBT Netflix section, the internet has collectively decided that the Babadook is an LGBTQIA icon. Babadook outfits, signs, and memes are all around the internet, and even the movie’s Facebook page is getting in on the Pride.

In what’s probably a natural next step, the Area Cinelounge in Santa Monica is hosting three fundraiser screenings of Jennifer Kent’s film, along with a conversation on Saturday titled “BABASHOOK: From Monster to Cultural Icon” with David Devalle, Camilla Jackson, and “surprise guests.” There’ll also be a Babadook cosplay karaoke party and if that’s not the best thing you’ve ever heard, get out of my face.

THE BABADOOK is coming this Friday with special events, fundraisers, secret cosplay karaoke and more!!! Find it https://t.co/qqbJYnEQrX pic.twitter.com/wIhyUuOjF6

Considering how often movies queer-code their villains and use them as a symbol of sexual depravity or danger, the queering of the Babadook is an amazing and totally meme-able reversal of that trope. The history of horror being a way to talk about queerness when it wasn’t permitted, or as a way to communicate queerness is a fascinating one, and it’s an honestly beautiful thing to see it carry on to The Babadook being embraced by his community and lending his presence to LGBTQIA rights.

Anyway, I’m in New York so if any theaters nearby want to host some Babadook screenings please, please send them over. I want to see Babadook parties across the nation!