Avengers Fandom Has Changed Quite a Lot Since 2012 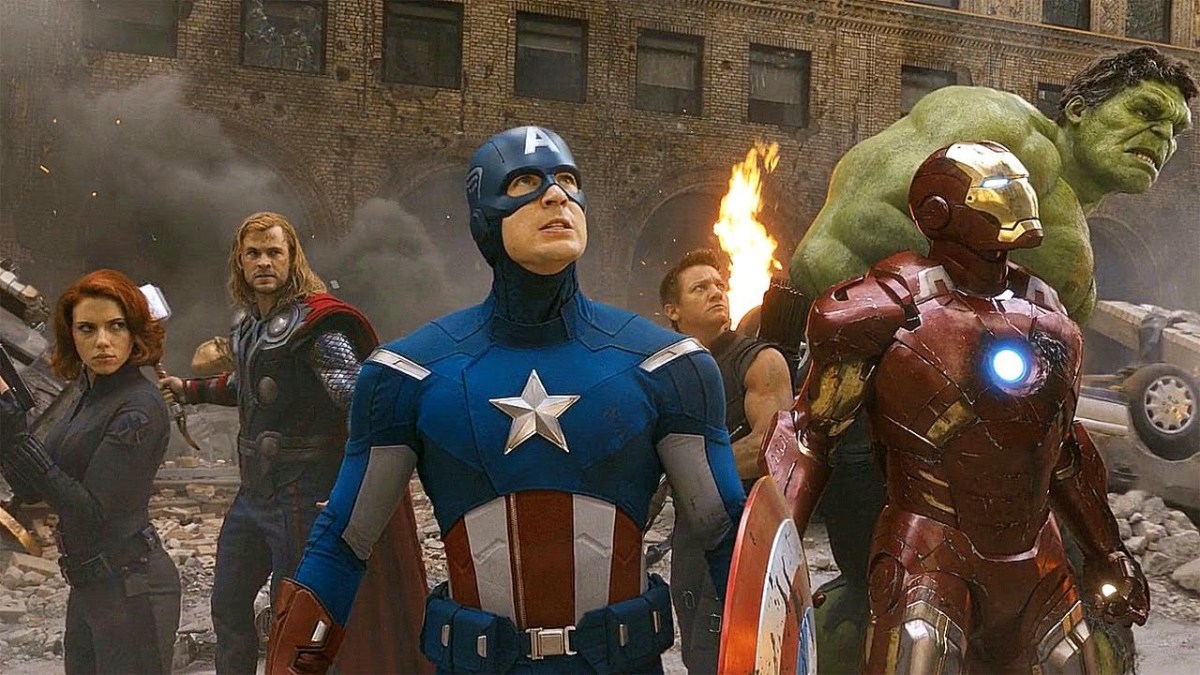 Joss Whedon’s The Avengers came out seven years ago, helping to kickstart one of the biggest online fandoms to date. The shape that fandom took back then would be almost unrecognizable today. Let’s take a trip down memory lane.

In 2012, US-oriented fandom as a wider concept was spread across several platforms, archives, and sites. Writers and readers tended to hang out over on LiveJournal or Dreamwidth, artists in spots like DeviantArt, vid makers on YouTube and Vimeo. Archive of Our Own was gaining prominence as the story repository to beat, but people still uploaded to the dread fanfiction.net and property-specific archives.

Tumblr, which had been around since 2007, was slowly starting to crystallize as a central place to post about fandom right around the time that Avengers burst onto the scene. In fact, the movie may have been a major catalyst to the migration of fandom in Tumblr’s direction.

The ability to quickly post text, links, art, photos, and gifs all in one place made the platform ideal. It was a convergence of artistic mediums, meta, and memes. The way Tumblr functioned—you’d see posts created by the people you followed but also whatever they “reblogged”—generated a new way of sharing and spreading fan-made content that hadn’t been seen before. Fandom took on a new kind of virality.

Previously, we’d been in more self-selected walled gardens, producing and consuming with like-minded individuals who had signed up to like the same thing we did. But enthusiasm for a topic, media property, actor, or romantic “ship” on Tumblr spread quickly. You might be sucked into a new fandom or OTP (“one true pairing,” yet a term generously applied) by a piece of beautiful art or a great story that landed on your dashboard when you weren’t even looking for it. It was also easy to uncover new friends based on the topic tags appended to posts, send each other messages via the (notoriously glitchy) Ask feature, and soon form fast-growing communities.

It’s hard not to look back with rose-tinted glasses. There was certainly negativity and fandom infighting in those halcyon Avengers days—there always is, in every fandom on every platform I’ve ever been a part of, from Yahoo! Groups until now. But this was before performative purity became a reflex for many, before hunting down the ways your favorite pairing should not morally be your fave began to be de rigueur in fandom circles. Though I doubt my experience speaks to everyone else’s in Avengers fandom at the time, what I remember is this: an outpouring of overwhelming excitement and enthusiasm as we latched onto a long and storied Marvel history that was beginning a new chapter.

Not only was Joss Whedon’s Avengers a smash hit at the box office, but it still stands as a solid superhero movie, even if these days—after immersion in the characters for nearly a decade—I might take issue with some of his creative choices. It was difficult to emerge from The Avengers and not have some character or “ship” that caught your interest and wouldn’t let go. If you were a creator, there was suddenly an extremely active platform waiting to receive your Avengers-centric works, and if you were there as an observer, there was a veritable content feast.

Enthusiasm begets enthusiasm. The more people wrote stories for Avengers, the more others were inspired to do the same. This principle held with art, meta, videos, gifs, photo edits, meme-makers, people who dug through comics archives to provide scans for the masses. It seemed like overnight The Avengers became the dominant fandom for thousands of us, just as the film was dominating box offices worldwide.

The most popular ship by far right after the movie bowed was Tony Stark/Steve Rogers, otherwise known as “Stony” or “Superhusbands.” This emerged from the way Whedon had configured the characters to clash but ultimately reconcile, not to mention their long and tumultuous relationship in Marvel Comics. (Remember the time they got married in an alternate universe?) 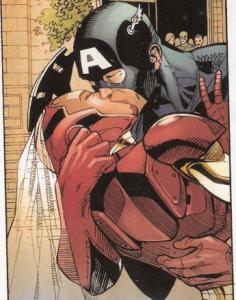 Less popular but more amiable was Tony Stark/Bruce Banner, or “Science Boyfriends” and “Science Bros,” a match-up its actors have enjoyed teasing. Then there was “Frostiron,” which was Tony Stark/Loki, inspired by their snarky interaction at the top of Stark Tower. You might be noticing a pattern here—everyone wanted a piece of Tony Stark. Also popular was “Clintasha,” as Clint and Natasha were close and we had no knowledge yet of Clint’s Secret Family, and Clint Barton/Phil Coulson, a fan-fuelled ship that would take me a long time to explain but has more than 10,000 tagged fics on AO3.

The prevalence of more and more MCU films emerging after Avengers’ success makes that 2012 fandom incarnation a unique moment caught in time. We now have the weight and canon and controversies of the fifteen movies that would come after. Characters have undergone significant transformations in the MCU; the MCU’s very axis of focus has shifted; there are new faces; there are new deaths to face.

Many of us who are still around moved on to different ships or areas of interest and may, now, find ourselves affixed to characters hardly on our radar in that initial Avengers boom. Such is the changing nature of any fandom, but what remains extraordinary about The Avengers is that after 2012, we never left the MCU, but rather evolved alongside it. I’ve stayed involved in the same scene, surrounded by many of the same people, for the length of a PhD program. Sometimes it feels as though I should have an honorary doctorate in The Avengers.

What I miss about 2012 was the warmth we gave to the team in our relatively less-jaded state. There was a revolving narrative around “found family,” or the idea that these complicated and damaged people chose each other and would now be blood in all but name. Many works of art and fiction supposed the Avengers were all living together in Tony Stark-appointed lodging, and in their downtime, there were pizza parties and movie nights. If I were to say “Avengers Tower” to anyone from that point in fandom time, the reference would be understood at once. It may have been indulgent, but it was lovely in its way. 2012 was a very different time in the world, and we got an Avengers fandom reflective of that era.

These days, fandom is even bigger than we could have dreamed, but it is also fractured in a fashion that reminds me of the pre-2012 days. Some have declined in their use of Tumblr following the site’s 2018 NSFW content ban, which included NSFW fanart, and moved over to Twitter, Discord, Pillowfort, or back to old mainstays like Dreamwidth. Post-Avengers fandoms like Steve/Bucky dominate on the slash front, while Tony Stark—who remains in fashion—has apparently found a new paramour in Stephen Strange. On the dramatic side of things, Civil Wars and squabbles have torn apart our heroes, reshaping the team dynamic. Fandom wanks and disagreements have created factions within partisans.

New characters from the likes of Black Panther, Guardians of the Galaxy, Doctor Strange, Ant-Man and The Wasp, Spider-Man, and Captain Marvel fill the ranks and change the scenery. And we, the fanworks-creating-and-consuming audience, have changed as well. If you were 15 when The Avengers came out, you’re now of legal drinking age. I have fandom friends who have gotten married and had children in the interim. If you knew nothing about the MCU going into Avengers, chances are you’re now a battle-scarred warrior, full of comics lore and bearing marks from your years of scuffles with movie canon.

It’s safe to say that you are far from the person you were in 2012. Yet if you’ve been in fandom since then, there is much that you’ve carried with you. Some of my mixed emotions about Endgame being upon us at last stem from the realization that it really is the end of the line for the original Avengers line-up. Fandoms can and do subsist on scraps and survive both canonical catastrophes and triumphs. They are, however, irrevocably altered.

What MCU fan culture will look like post-Endgame is anyone’s guess, and the fandom reflective of 2019 will be different in tone regardless of the movie. But we’ll always have Avengers Tower. See you on pizza night.