"Sebastian, take off your pants!" 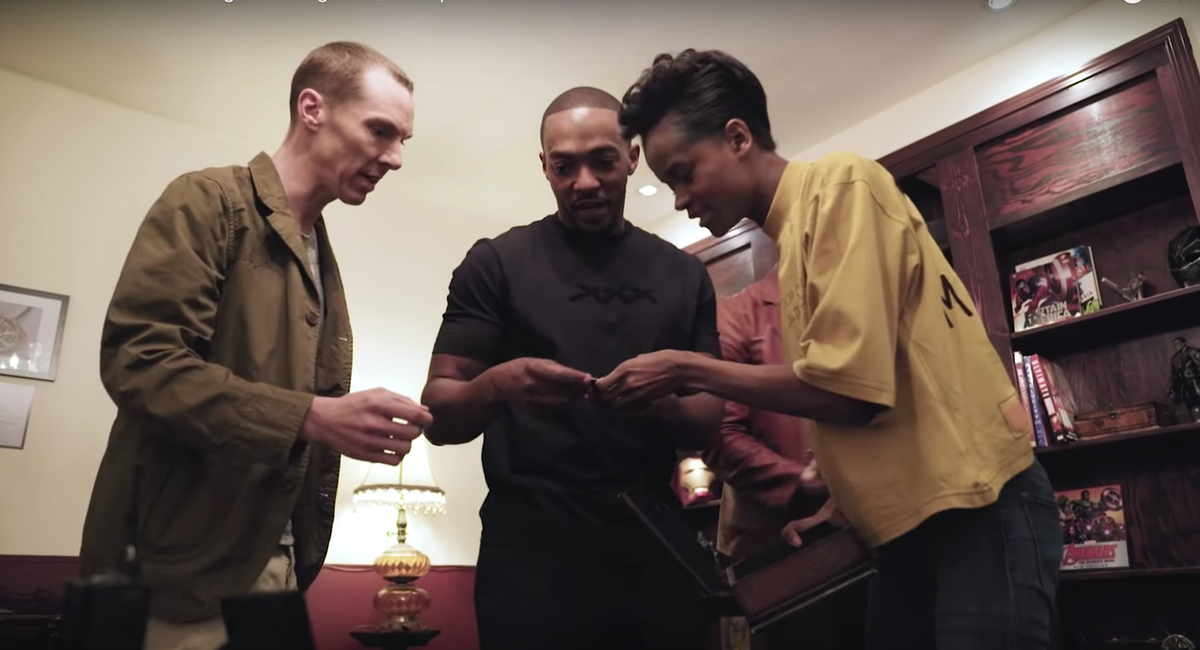 Apparently, our favorite Avengers who got dusted by The Snap wound up in an escape room after Thanos wiped out half the universe. Sebastian Stan (Bucky), Anthony Mackie (Falcon), Letitia Wright (Shuri), and Benedict Cumberbatch (Dr. Strange) all did an Avengers: Endgame-themed escape room presided over by Endgame director Joe Russo.

I have never loved Stan, Mackie, or Wright more than I have watching this video.

Honestly, there’s a lot of #relatable moments in this video of the cast trying to figure out what the hell is going on, including Stan walking into the room and immediately saying, “I don’t like this.” Who among us hasn’t had that experience? It’s also, quite frankly, a Big Bucky Mood in that Bucky, too, is present but does not want to be anywhere except tending to his goat farm in Wakanda.

There’s also a stellar moment when Russo tells Stan to check his drawers, meaning the chest of drawers he’s standing next to, and Mackie yells for Stan to take his pants off. If the press tours that Stan and Mackie do together weren’t indication enough of an excellent setup for their upcoming series, then the cute bro moments they share in this video should do the trick.

Wright is also excellent, dancing when she gets clues right and in general being a sunbeam. She and Mackie play well off of each other, so can we get some Sam and Shuri bonding in an upcoming movie? The two of them can team up to mock Bucky and his goats, or just be awesome together.

Cumberbatch does his best, but I kept getting distracted by his weird new haircut. He figures out one clue, though, so good for him! Glad to see those Sherlock days paid off.

Luckily, the gang escapes in time, and everyone hugs and is adorable, and wow, I really do love the Marvel casts. Brighten up your Friday with this video, and maybe, if we’re lucky, all future press tours involving Stan and Mackie will involve escape rooms or puzzles like this.