At Last, in Avengers 4, The Wasp Will Take Her Rightful Place on the Team 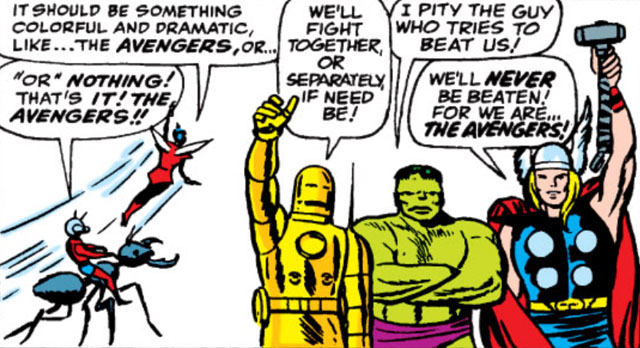 When the Avengers first founded on comic book pages back in 1963, it was the Wasp who named the team. In the decades after, the Wasp became the team’s leader, and one of her many actions as team leader was to ensure that the team had more diversity; she ended up recruiting characters like She-Hulk and also Monica Rambeau, a.k.a. Captain Marvel, as a result. When I read through the ’80s era of The Avengers, I felt so frustrated that this version of the story didn’t appear in the first Avengers movie. Seeing the Wasp come into her own after divorcing Hank Pym, a.k.a. Ant-Man, then leading a diverse team of exceptional superheroes… well, it’s a great story.

As we all know, though, the Wasp hasn’t been in any Avengers movies before now, in spite of having been a founding member of the team in the original comics. The version of the Wasp that we have seen on screen isn’t Janet van Dyne, either. Instead, the new Ant-Man introduces us to Janet’s daughter, Hope. We get some flashbacks to Janet’s tenure as the Wasp, but she doesn’t have the same backstory that she did in the comics. As far as we know, she doesn’t divorce Hank Pym, and she doesn’t co-found and lead the Avengers–at least not in the backstory of the Marvel Cinematic Universe.

Hope is supposed to take on her mother’s mantle, but that’s not going to happen for a long time yet. According to Evangeline Lilly, who played Hope in the first Ant-Man and will reprise the role for Ant-Man and the Wasp in 2018, the Wasp will finally appear in the as-yet-untitled Avengers 4, to be set after Avengers: Infinity War. Here’s the interview in question, via Nerdist:

Here’s what Evangeline Lilly says in that video, for those of you who don’t want to watch it:

“Right now, an initial script [for Ant-Man and the Wasp] has been created, but it has not been approved by the higher powers that be–by the Feiges. I haven’t seen it yet. I haven’t actually seen the script. I have talked to [director] Peyton [Reed] about where they’re heading, what they want to focus on. I’m excited because it’s essentially going to be the origin of the Wasp. We’re going to see the Wasp, for the first time, take on the mantle and put on the suit and fly about and do her thing. And then, following that one, there’s an Avengers series coming out, it’s a two-parter. The Wasp won’t be in the first part, she’ll be in the second part. Because they really want to preserve that reveal for Ant-Man and the Wasp, so that they can give it its due time.”

After that, the interviewer asks Lilly if she’s planning to punch Paul Rudd in the face, since he got to appear in Civil War, and she didn’t get to be in that movie. “Of course,” she deadpans. “All I do, when I’m around Paul, is just punch him in the face. That’s what we do. It’s our dynamic.”

I understand that Hope’s trajectory isn’t going to be seen for a couple more years, and that it’s going to be very different than what I wanted to see from the Wasp’s journey. Also, 2018 seems very far away. But at least now we know that the Wasp will be a part of the Avengers eventually… very, very eventually.

(via Nerdist, images via Coming Soon and Giphy)