Nickelodeon Announces New Season of Avatar: The Legend of Korra 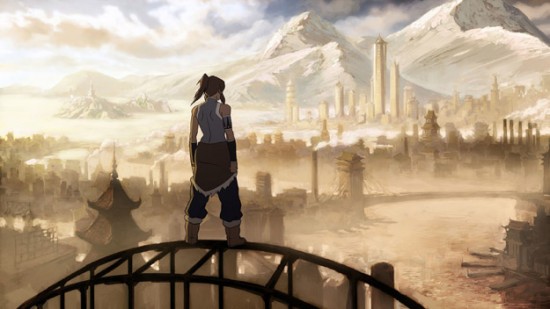 Rumors about a fabled fourth season of Avatar: The Last Airbender have gained traction and number with the release of M. Night Shyamalan‘s movie, with willful disregard for the actual cinematic worth of the film.  Nickelodeon confirmed them all today, with a press statement announcing the production of Avatar: The Legend of Korra, which will pick up the Avatar plot seventy years later, with the Avatar who comes after Aang, a Southern Water Tribe girl (Korra) who has already mastered Water, Earth and Fire.

Her quest leads her to the epicenter of the modern “Avatar” world, Republic City – a metropolis that is fueled by steampunk technology. It is a virtual melting pot where benders and non-benders from all nations live and thrive. However, Korra discovers that Republic City is plagued by crime as well as a growing anti-bending revolution that threatens to rip it apart. Under the tutelage of Aang’s son, Tenzin, Korra begins her airbending training while dealing with the dangers at large.

Details on Korra‘s production schedule and release are expected to be announced this week, at San Diego Comic Con.  We wait in humble anticipation.