Recreate Meals From Avatar: The Last Airbender With These Recipes

If you’re a simple person with simple needs like Sokka, then you watched Avatar: The Last Airbender and thought, “How do I cook meals like that?” Food blogger Felicia Berger has you covered with her latest series of real recipes inspired by dishes seen in the Avatar universe. So far, she’s done up recipes for Water Tribe tentacle soup, cabbage steak, a Fire Nation turkey leg, and Air Nomad fruit pies (pictured below). 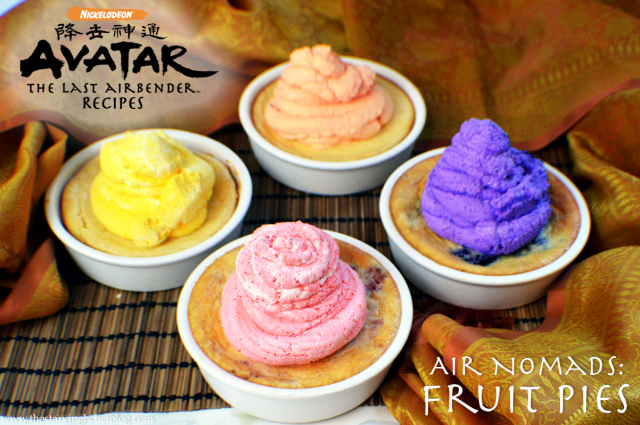 These recipes definitely fall into the category of “fusion” cuisine, just as the fictional dishes on Avatar would be. Berger told The Daily Dot that she took inspiration from “Asian cultures, including Thai (with the turkey leg), meshing with other cultures such as Inuit or Eskimo (with the tentacle soup).” Berger plans to recreate some of the dishes on Korra next.

(via The Daily Dot, gif via Tumblr, image via The Starving Chef)