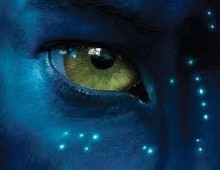 Avatar director and pioneering submariner James Cameron has announced that he has signed a deal with Fox to direct both Avatar 2 and Avatar 3. The films are slated for release in December 2014 and December 2015, respectively.

It is a rare and remarkable opportunity when a filmmaker gets to build a fantasy world, and watch it grow, with the resources and partnership of a global media company. AVATAR was conceived as an epic work of fantasy – a world that audiences could visit, across all media platforms, and this moment marks the launch of the next phase of that world. With two new films on the drawing boards, my company and I are embarking on an epic journey with our partners at Twentieth Century Fox. Our goal is to meet and exceed the global audience’s expectations for the richness of AVATAR’s visual world and the power of the storytelling. In the second and third films, which will be self contained stories that also fulfill a greater story arc, we will not back off the throttle of AVATAR’s visual and emotional horsepower, and will continue to explore its themes and characters, which touched the hearts of audiences in all cultures around the world. I’m looking forward to returning to Pandora, a world where our imaginations can run wild.

No new word on plot or shooting details beyond what we’ve already heard.