Black Boxes Coming Soon to (or Possibly Already Inside) Your Car 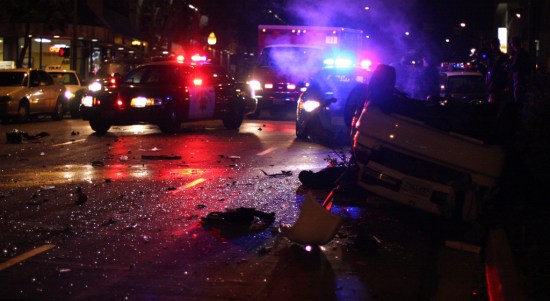 Flight data recorders, or black boxes, have been part of the popular culture for decades, but the automotive equivalent only recently unintentionally accelerated into the public consciousness. But it’s likely that drivers everywhere will have to become more familiar with the devices if the National Highway Traffic Safety Administration does as it’s expected to do and announce a mandate on the devices.

Like their airplane equivalent, the Event Data Recorders (EDRs) used in automobiles record vital information meant to provide investigators with a snapshot of events leading up to a crash or other event. Though Toyota made the devices famous, General Motors has been installing the devices on airbag equipped vehicles since the 1990s and is something of a leader in the field of EDRs. These devices collect reams of data to help determine whether automotive or driver error played a role in the accident, and to gauge how the car’s systems performed during a crash. Wired quotes GM’s Brian Everest, the senior manager of field incidents:

“In the early ’90s we could get diagnostic data, seatbelt use and crash severity,” Everest said. “Currently, we can get crash severity, buckle status, precrash data related to how many events the vehicle may have been in and brake application.” The newest vehicles also can determine steering input and whether lane departure warning systems were turned on.

But of course, not everyone is convinced by this technology, nor comfortable with being monitored by third parties.
This last point is particularly troublesome since, without a federal mandate in place, the ownership of the data has been left up to the states to determine. According to Wired, in about 13 states it is possible for law enforcement to access the data after a crash without the consent of the driver — who may have not even been aware of the data and how it could affect his or her  legal situation.

The cops aren’t the only ones interested in this information. Insurance companies can access the information, dependent upon state law, and use it during the claims process after a crash. In their article, Wired was only able to obtain a statement on the use of EDRs from Progressive representative Leah Knapp, who said:

Our position on EDRs is that we would only use that data in a claims investigation with customer consent or if we’re required to do so by law[.]

Despite the confusing status of the data, EDRs have the potential to keep drivers safer. Car companies can use the information to get a better picture of how their safety systems fare in the wild, perhaps leading to the development of safer cars. EDRs can also keep bad drivers off the streets, by providing an unbiased view of a crash. But they are not currently standardized, and raise a mess of questions as to how and when the data can be used. We’ll have to wait and see if a federal mandate materializes, and if it will be strong enough to clear up these vagaries.

(via Wired, image via Nathan Rupert)