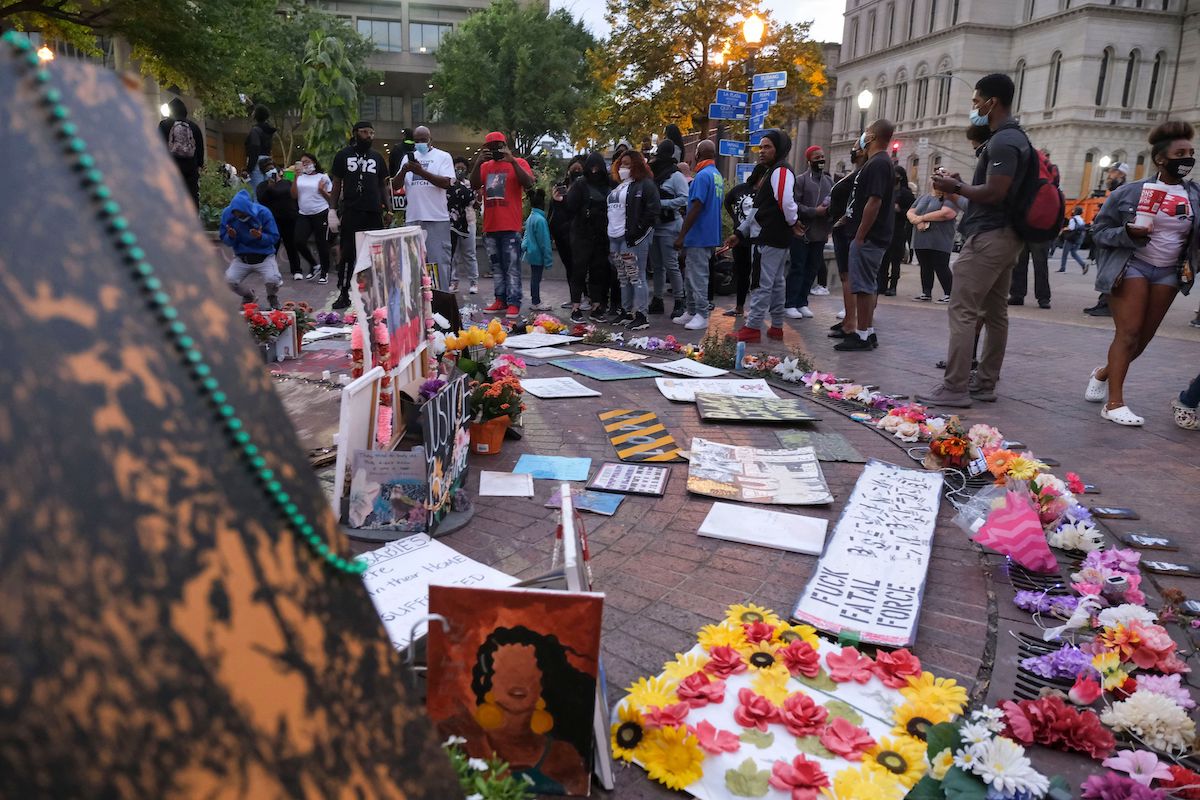 State Rep. Attica Scott has been a state representative in Kentucky since 2017. She is the only Black woman in her state’s legislature and she’s also the author of Breonna’s Law, a bill named for Breonna Taylor that would ban no-knock warrants and require police to have their body cameras turned on when serving warrants. The bill also demands police officers be tested for drugs and alcohol after a deadly incident or firing their guns while on duty.

As Scott said in a news release when announcing the bill, “Frankly, I’m surprised this is not already standard operating procedure.”

On Thursday, Scott joined her constituents and her community in protesting the lack of charges issued to the police officers who killed Breonna Taylor more than six months ago. Only one officer was charged in relation to Taylor’s death and that was only a charge of “wanton endangerment.” So Thursday night, hundreds of protesters took to the streets in Louisville, Kentucky. Scott was one of them, and she was arrested by police, along with about two dozen other protesters.

Scott and others, including well-known Black activist Shameka Parrish-Wright, were arrested near the Louisville Free Public Library, which had allegedly been set on fire. According to the Louisville Courier-Journal, Scott was arrested on a felony charge of first-degree rioting and misdemeanor charges of failure to disperse and unlawful assembly.

Scott was livestreaming on Instagram leading up to her arrest. You can see her and others walking by the library. She notes multiple times that the police have obstructed their path to get indoors, making it impossible for them to comply with the city’s curfew as well as police’s orders to disperse. The library is across the street from the First Unitarian Church and a few other places of worship, but police were reportedly blocking access to the buildings, even though, as Scott says in her video, “[Louisville mayor Greg] Fischer said for churches to open their doors so that people who are traumatized can have emotional and spiritual support.”

Scott was released from jail Friday morning and one of the first things she did was take to Twitter to express her gratitude for the support she received from her “Library family” for not believing she would cause destruction to a library.

It says a lot about a person that they feel so strongly about maintaining their reputation with their local library.

My daughter (@Ashantilynn01) and I are home. Thank you for the love and support.

This statement did me in. I was so concerned that my Library family would believe those dangerous charges from LMPD. It matters that my labor union family spoke up quickly and without reservation. https://t.co/ZhNSWvDU3K

My son started a book club there during elementary school. I have fought for full funding for all of our Libraries. Café LOUIE is my favorite civic engagement program.

As of now, there is no date set for the Kentucky legislature to vote on Scott’s bill.