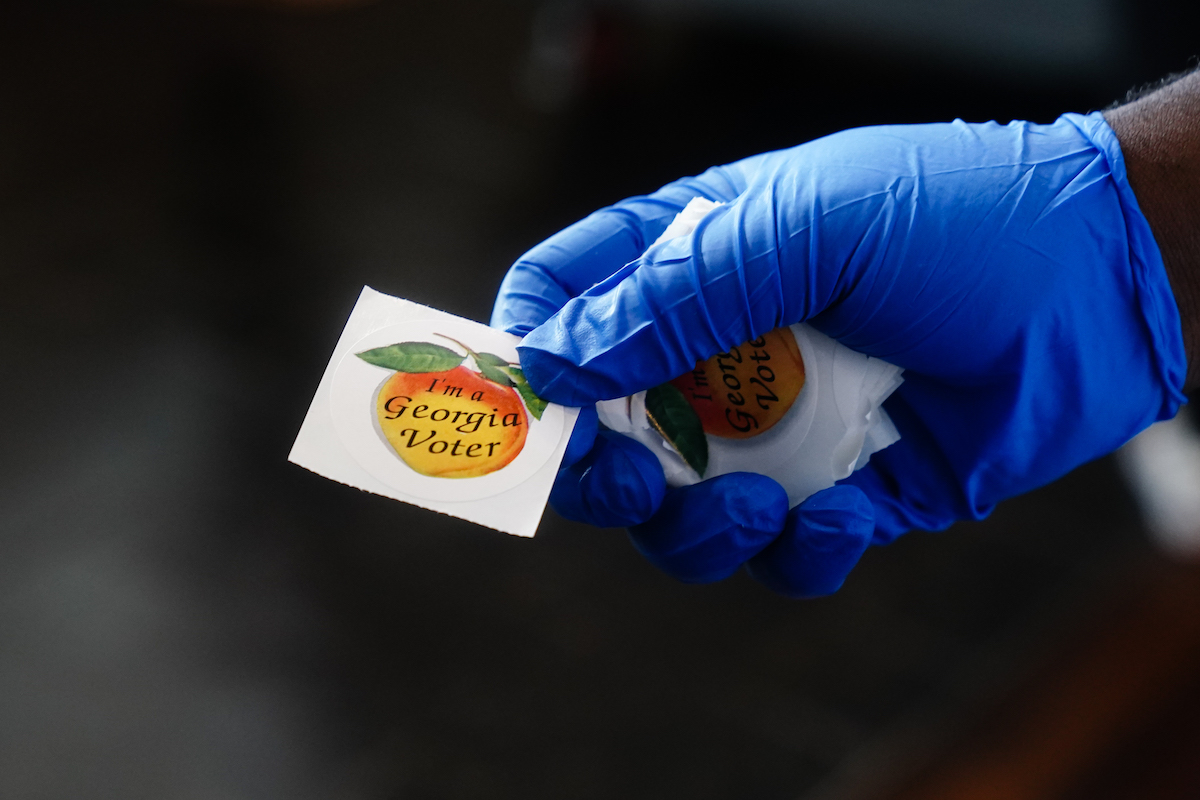 Today’s primary election in Georgia was plagued by massive voter suppression, with hours-long lines and broken or missing voting machines. This was especially a problem in Atlanta, which has a large Black population.

Atlanta’s mayor, Keisha Lance Bottoms, was tweeting Tuesday about the issues being reported. Multiple locations, including some of the city’s largest precincts, had lines out the door, around the block, and beyond. “NONE of the machines are working,” she wrote, asking the country commissioners to look into the issue.

If you are in line, PLEASE do not allow your vote to be suppressed. PLEASE stay in line. They should offer you a provisional ballot if the machines are not working. https://t.co/1lVu3rEsCg

Georgia has a long history with voter suppression, especially when it comes to Black communities. Most recently, in 2018, Stacey Abrams “lost” the gubernatorial election to Brian Kemp, a Republican who was, at the time, the secretary of state–aka the person in charge of overseeing the election. When reports of missing ballots and voting machines in predominantly Black areas came rolling in, guess who couldn’t be bothered to care.

Georgia is one of five states holding primary elections today and many have been calling this a “dress rehearsal” for November. Will we be any more prepared then? There is (understandably) a major shortage of poll workers due to COVID-19. We’re closing down polling places, forcing hours-long lines at the remaining ones. We’re apparently still trying to introduce new, fancier voting machines that end up not working when paper works perfectly fine.

(Here’s an idea to help with the poll worker shortage: Anyone who’s ever mocked or berated a grocery store worker, restaurant employee, or literally anyone else for wearing a face mask in public has to volunteer. How does that sound?)

These reports out of Georgia that reek of voter suppression are a bitter irony on the very morning George Floyd is laid to rest, his brother having urged people to vote for change. They’re stealing our votes while we bury our martyrs. https://t.co/SxxfxD0GWD

So much news today, but don’t overlook the voting debacle happening right now in Georgia. This is a dire wakeup call for November – long lines, broken machines. It is a national outrage that undermines the legitimacy of our democracy.

The voting disaster in Georgia today should be the top news. And understand this as a dress rehearsal for how the GOP are working to steal every election and prevent you from voting.#GeorgiaVote

Pay attention to what is happening today in Georgia at the hands of Gov. Brian Kemp … a dress-rehearsal for what the GOP will try to do in November to depress Democratic turnout. Democracy is under attack. Republicans will cheat to win. #VOTE #StayInLine

What the hell is going on in Georgia today? 4 hours to vote? In a primary? Machines down, people being turned away, some locations with no machines? This is a 3 alarm fire for democracy. Someone should be held accountable. #VoterSupression https://t.co/24ApEmUNtY

At the very least, Georgia’s secretary of state, Brad Raffensperger, decided to send absentee ballot applications to all active voters, which is something that should be done across the country. Aso of now, 16 states still do not have no-excuse absentee voting.

My own state of Missouri has a shamefully restrictive list of acceptable reasons for voting absentee and employment is not one of them (unless you are working on the election). Meaning many people have to choose between waiting hours to vote and potentially keeping their jobs–the system does not currently allow for both.

A view from Georgia:

“It has been most disturbing to hear about voters who have given up. Voters who were not able to withstand the long wait times, voters who had one shot this morning. Those are people who may be flatly disenfranchised.”https://t.co/JZDePw7c6s

If today was the dress rehearsal for our election, I would be very worried about opening night.