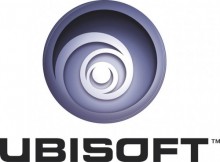 Ubisoft angered many in the PC gaming world last year when it began to implement a very restrictive form of authentication for its games.  If you wanted to play one of their hits like Assassin’s Creed and Splinter Cell, regardless of whether the game needed the internet to function (like with online multiplayer, for example), you would have to have a constant connection to Ubisoft’s servers so that the software could make frequent checks to see if you were playing a legitimate copy.

It now appears, according to gamers on Reddit, that Ubisoft games only require an internet connection when you log on, and will no longer boot you out of your game if, for example, your router goes pear-shaped for no earthly reason.

Up until now, if your connection cut out, or if Ubisoft’s servers went down, you would be booted out of the game, and all progress from the last save would be lost.  Ubisoft promised that there would be ample autosaves so that single player games would not lose too much, but for most gamers this was insufficient to make up for the connection requirements, not to mention the hours of server downtime less than a week after the launch of the highly anticipated Assassin’s Creed II preventing many honest consumers from playing their game while those who had pirated could.  It certainly wasn’t enough to keep Assassin’s Creed‘s DRM from being cracked about two months after its release.

The reasons behind Ubisoft’s choice to losen their DRM remains unclear, since the gamemaker has not released an official announcement of the change.  Considering how widely derided the original system was, one might expect that they’d be falling head over heels to present the change as a generous gift to their vocal users.