Assassin’s Creed Is Also Getting the Anime Treatment 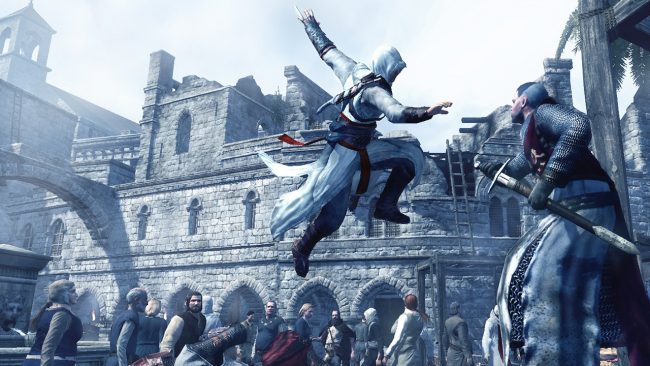 Adi Shankar, showrunner of Netflix’s adaptation of the classic game Castlevania, is on a quest to animate all the iconic action-adventure games.

Late night yesterday, Shankar announced he has a new project in the works: an original series based on Assassin’s Creed. In a Facebook post, he writes:

“I’m happy to let you guys know that I’ve selected my next project! I played the first edition of Assassin’s Creed the year I moved to Los Angeles to pursue my dream. At that moment I knew absolutely no one in the industry and could never have imagined that one day Ubisoft would ask me to take the world of Assassin’s Creed and create an original story set in it as an anime series. If anyone tells you not to follow your passion in life they are wrong.”

While Castlevania has not yet debuted on Netflix, we might view this as early positive press and endorsement. While video game adaptations are understandably met with hesitance and skepticism, the look of the Castlevania teaser appeared to have a strong understanding of what people enjoyed about the game. Television series, in comparison to films, also have more space for development and storytelling.

What kind of original Assassin’s Creed story Shankar is writing, whether it will also be hosted on Netflix, or what kind of animation it will use is yet to be seen, but we’ll be keeping an eye on updates. What do you think about an Assassin’s Creed anime?