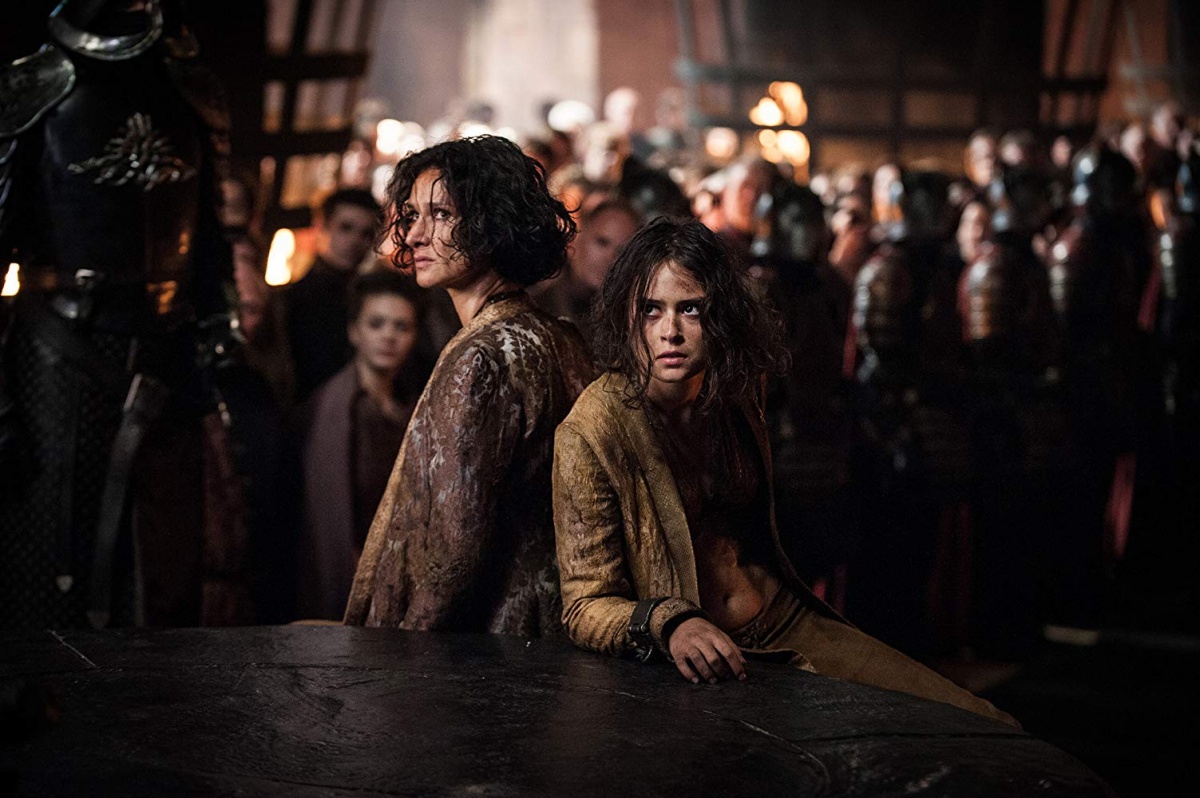 Check out the other installments!

Considering we only have a few weeks until Game of Thrones returns and ultimately ends, I wanted to finally finish my remaining thoughts about some of the changes from the original source material. There some individual characters I take particular umbrage at, but on top of doing some of my favorite characters wrong, they also disrespected my favorite House: House Martell.

House Martell is one of the best houses in the series. They allow women to inherit; their motto is “Unbowed, Unbent, Unbroken,” the second best motto is Westeros (House Codd’s “Though All Men Do Despise Us” is #1); and Dorne is filled with people of all shades, with bisexual men and women who are really good politicians, fighters, and lovers. After getting Prince Oberyn Nymeros Martell so right, I thought it boded well for the rest of House Martell, but after crushing Oberyn’s skull, the show then proceeded to smash everything about those characters into the ground.

The real question is where to even start—I guess with the person who was taken out of the storyline from the very beginning, Arianne Martell.

Princess Arianne Nymeros Martell was introduced in Feast for Crows as a point of view character and is confirmed to be one in The Winds of Winter, whenever that happens. She is very busty with dusky nipples, (this is mentioned several times), and the brilliant daughter of Prince Doran, and heir to the Dornish throne, who wants revenge for the death of her Uncle and the other wrongs the Lannisters have committed against their family.

The problem with introducing Arianne in the show is that they wrote Margaery Tyrell exactly the same way. In the books, Margaery uses her innocence and traditionally pure image as part of her political power. She is not walking around in cutout clothes with deep v-necks exposing her cleavage. That was something Arianne would do.

However, due to Natalie Dormer being cast as Margaery (who is 16 years old in the books, while Dormer was thirty when she started playing the character), they upped the sex appeal because it’s GOT. In doing that, Arianne’s character would essentially seem like a derivative of Margaery as they were occupying the same time onscreen.

Also, Arianne’s big storylines come from a narrative that was excised from the show. In the books, Doran Martell secretly had his daughter the betrothed of the exiled Viserys Targaryen and intended for her to be Queen of the Seven Kingdoms. Viserys is, of course, dead, and Doran, in his plot for revenge is attempting to marry his son, Quentyn to Daenerys Targaryen, a storyline that didn’t happen in the show.

The other storyline that didn’t happen is the Aegon Targaryen storyline, which, similar to the Perkin Warbeck situation in the Wars of the Roses, is the theory that the Aegon who was killed was a decoy, and the real prince escaped. As of the excerpts from The Winds of Winter confirm, that will be Arianne’s major storyline in the book.

That’s obviously not something that happens in the show, so it makes sense to remove her from an adaptation, because it would just add more characters than necessary.

The problem is that they took all her characterization of being initially distrusting of Doran and seeking revenge and gave it to Ellaria Sand. What’s wrong with this? Well here is a quote from Ellaria Sand in the books:

“Oberyn wanted vengeance for Elia. Now the three of you want vengeance for him. I have four daughters, I remind you. Your sisters. My Elia is fourteen, almost a woman. Obella is twelve, on the brink of maidenhood. They worship you, as Dorea and Loreza worship them. If you should die, must El and Obella seek vengeance for you, then Dorea and Loree for them? Is that how it goes, round and round forever? I ask again, where does it end? I saw your father die. Here is his killer. Can I take a skull to bed with me, to give me comfort in the night? Will it make me laugh, write me songs, care for me when I am old and sick?”

This is Ellaria in the show:

Ellaria in the show is in a constant state of anger. A lot of it, fair, she saw her lover get murdered in front of her face, but again, they reroute it in ways that do no justice to her, the Sand Snakes, or Doran Martell. Anger makes Ellaria rash and irrational, murdering an innocent girl, killing the prince of Dorne, and leaving their country in jeopardy.

Not only would Oberyn not have wanted this, but in the end, Ellaria doesn’t gain anything from this. As of last season, her fate was that her desire for revenge led her to getting locked in a dungeon and watching her daughter slowly die and rot.

Doran was also a really great character because Martin is truly excellent at allowing characters to subvert traditional expectations. Yes, Doran is chronically ill and his brother was the flamboyant fighter, but Doran is smart, cunning, and can see the long game, a quality that it seems is only respected when Tyrion has it.

Doran plotted with Oberyn to get revenge on the Lannisters and has used his perceived weakness to foil his enemies. He would have been a great foil to Lady Olenna if he had been allowed to live and use his full potential.

“I am not blind, nor deaf. I know you all believe me weak, frightened, feeble. Your father knew me better. Oberyn was ever the viper. Deadly, dangerous, unpredictable. No man dared tread on him. I was the grass. Pleasant, complaisant, sweet-smelling, swaying with every breeze. Who fears to walk upon the grass? But it is the grass that hides the viper from his enemies and shelters him until he strikes.”

The eldest Sand Snakes who are part of the revenge plot—Obara, Nymeria, and Tyene—are also heavily flanderized to the point where they truly can barely be considered the Sand Snakes in the book. From the moment Obara has her minute-long expository speech about how she chose the spear, you kind of knew this wasn’t gonna end well. The Sand Snakes were the epitome of “looks cool, but what else?”

Poor Tyene Sand gets to utter one of the most cringe-worthy lines in GOT history:

Tyene Sand, in the books, is a blond-haired, blue-eyed, dimpled girl who looks really innocent, but secretly loves poisons. Instead, she’s this hyper-sexualized character that says “bad pussy” and gets to flirt with Bronn. What we got instead were these really uninteresting, hyper-sexualized, and exotically stereotyped characters who were slaughtered by the Greyjoys last season, never really accomplishing anything significant except helping to destroy their own country.

Showrunners David Benioff & D.B. Weiss started constructing the Dorne storyline after season four because they were impressed with Indira Varma, which … fair, she is a fantastic actress. Yet, this storyline does her no real justice. House Martell never bent the knee, never gave in to the Targaryen conquest, and even now, in the books, work towards their own plot for revenge.

In the show, they are reduced to shells of their former selves. It’s distressing to see the end to come to them in this way.

There are lots of plot lines in A Song of Ice and Fire that do not and did not need to be adapted into the show. They’re rich when it comes to crafting the world of the books but create a convoluted visual narrative. Dorne was one of those storylines. It was too niche, too complicated, and going in directions and D&D were never really trying to go, so they should have let the Martell story end when Oberyn died. What they changed wasn’t worth including those characters in.

A Song of Ice and FireGame of ThronesGoT female character fails