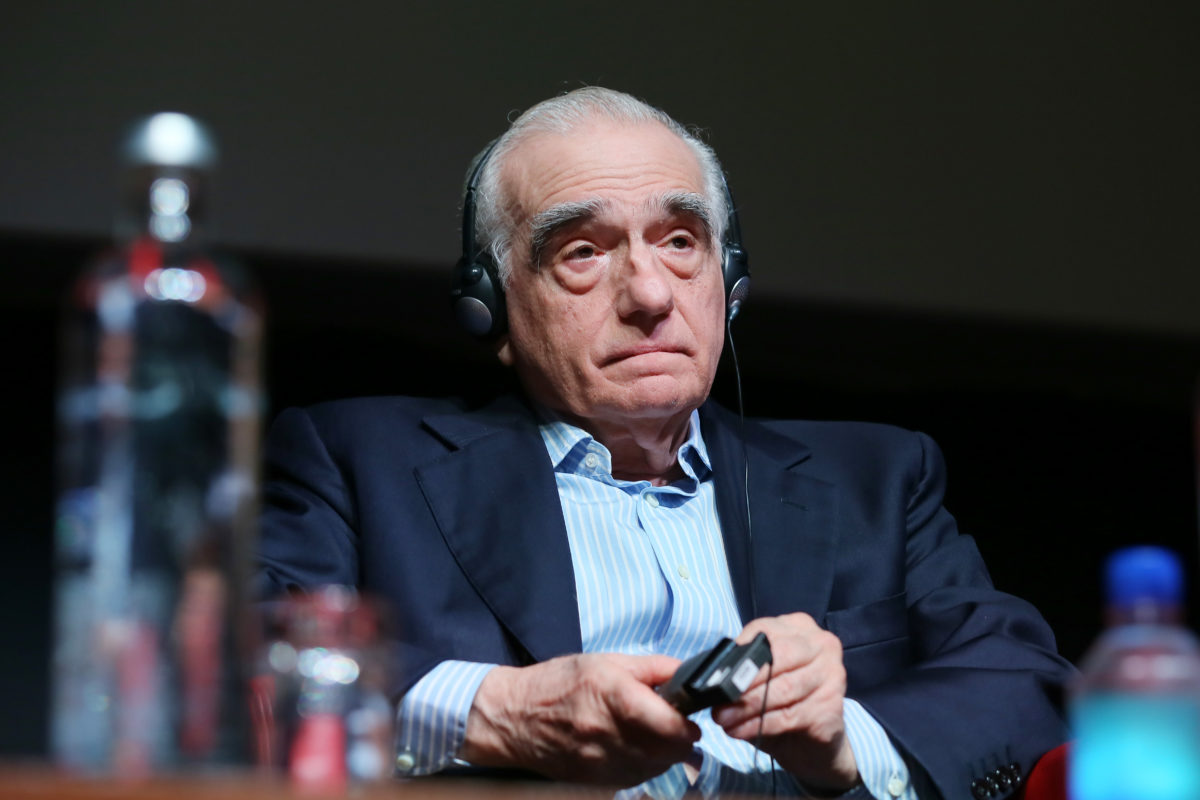 For the past few weeks, all that has been exploding in my timeline is all of this stuff about influential movie directors, and in one case an actress, calling out Marvel and superhero movies for not being “cinematic” enough and taking away funding from their own projects. Instead of any thoughtful conversation being had on either side, it has just been a repetitive attack cycle that, despite even my resistance to wanting to participate in, I did, on Twitter, before realizing it wasn’t worth it. Then today, my friend sent me an article by Scout Tafoya, and it made me realize that this whole thing is a farce.

I don’t agree with every point Tafoya makes, although his calling out of Marvel’s hyper military-industrial complex is something I’d like to see more of. What I absolutely agree with him in is how the directors, and fans on both sides, have been drafted into this false culture war because it creates buzz.

Why do we keep asking these people about Marvel movies? Oh, because it creates its own news cycle, and regardless of whether we care or not, we are pushed into having an opinion because if you work on the internet, or just exist on the internet, it’s unavoidable. And the reality is that most of us do not care.

A few years ago, the question everyone asked was “Are you a feminist?” and it was being specifically asked of celebrity women. The question had nothing to do with the women being asked having any preexisting political stance. It was very much a gotcha question, because no matter what the woman said, it could be dissected by feminists and anti-feminist alike. There was no real intent to create meaningful conversations about feminism. It was for a soundbite, just like this is.

Instead of having meaningful conversations about filmmaking, genre films, monopolies, etc., it’s just a huge back and forth about the merits of Marvel movies as cinema, and honestly, the people making and starring in those movies don’t even seem to really be that bothered by the comments anyway.

Cinema is not just one thing, and for as long as it has existed, there has been a back and forth between the big box office film and the passion project that some actor or director had to sell everything they owned to make. Genres such as science-fiction, fantasy, and horror have had to fight to be seen as legitimate, with films like Aliens, 2001: A Space Odessy, Return of the King, The Shape of Water, and Get Out having broken a lot of assumptions of what movies in that genre were allowed to do. And still, horror struggles, since the term “elevated horror” has taken off and sadly doesn’t seem to be dying out anytime soon.

What bothers me about the comments made by Martin Scorsese, Francis Ford Coppola, Pedro Almodóvar, and others isn’t even necessarily that I disagree with them, but more how elitism in any art form is obnoxious and how it’s hard to feel a lot of empathy for some of these directors because they are the most mainstream you can get while still being an auteurs. Someone like Ken Loach, whose movies are so political and daring, is one thing, but Scorsese and Coppola are damn near brands in their own way. They have made movies that will stand the test of time, they have redefined the genre, and I have enjoyed so many of their works. That doesn’t mean that everything they made is accessible and watchable for every person.

Just like people who say graphic novels and comic books have no place in literature classes, saying that no comic book movie is cinema just doesn’t make sense and paints everything with a broad brush. Not every DC/Marvel movie is great, but Logan, Black Panther, and (even though I don’t like it) Joker have all been praised for their storytelling. Plus, no matter how old I get, there will always be something special about seeing Superman fly in the 1979 film.

Even though I made a comment about representation on Twitter, in the end, that isn’t even the point, because they aren’t making movies for “representation” or “diversity.” They are doing it for their own artistic vision. Disney is doing it for the bottom dollar. Which one is the ultimate good? It depends on who you’re asking. I’m sure there will be a generation of some Black kids who really got into Afrofuturism and comics because of Black Panther, but does that mean they can’t watch Raging Bull or The Godfather and feel that same passion? No, but there is something different when you are included in the cinema you love.

Also, as we talk about movies doing well outside of comic book movies and remakes, let’s remember that Hustlers came out this year, and not only did that have great critical acclaim and do gangbusters at the box office, but it was a film written and directed by a woman, mostly starring women of color. Movies like Parasite and The Farewell are amazing, but people aren’t ignoring them because they only have room for Marvel/DC movies, but because those are niche films anyway.

If it wasn’t for AMC stubs, there are a lot of movies I would never see because it’s too expensive. All of these things also play a factor in why Marvel films do well, and eventually that tide will turn, and people will be skipping them again.

Disney, right now, has its hands in everything and quite frankly doesn’t need to be defended, but I also understand why people hate being told that the thing they love isn’t good enough or isn’t “art” because, at its core, that is an elitist statement that doesn’t have anything to do with the monopolization of Disney’s commercial footprint; it has to do with this idea that cinema is only defined through one thing, and it’s usually a standard created by one demographic. That, more than anything, makes me turned off from that side of the conversation, just like when Bill Maher made negative comments about Stan Lee and comics. He’s allowed to have an opinion on whether he likes them or not, but to make a value judgment on a whole genre that includes real works of art and commercial work only shows his ignorance on the topic.

Yet, after hearing it go on for weeks and realizing that the whole thing was just giving me a headache, I realized that, in the end, these directors are just being set up to be part of a narrative about the generational divide. And while that clearly does exist, why are we asking 70- and 80-year-old men about these films? Are we looking for these directors to validate our modern works? Because if that’s the case, I think it has already been proven that enjoying comic book movies is the mainstream, and we don’t need their validation. Comic book movies are here to stay, and all we need to do is hold them to higher standards within themselves.

Besides, none of this really matters because there have only been four great movies ever in cinema: Space Jam, Who Framed Rodger Rabbit, The Iron Giant, and Spider-Man: Into the Spider-Verse, which Francis Ford Coppola did enjoy.