Snuggle up with some of our favorite series. 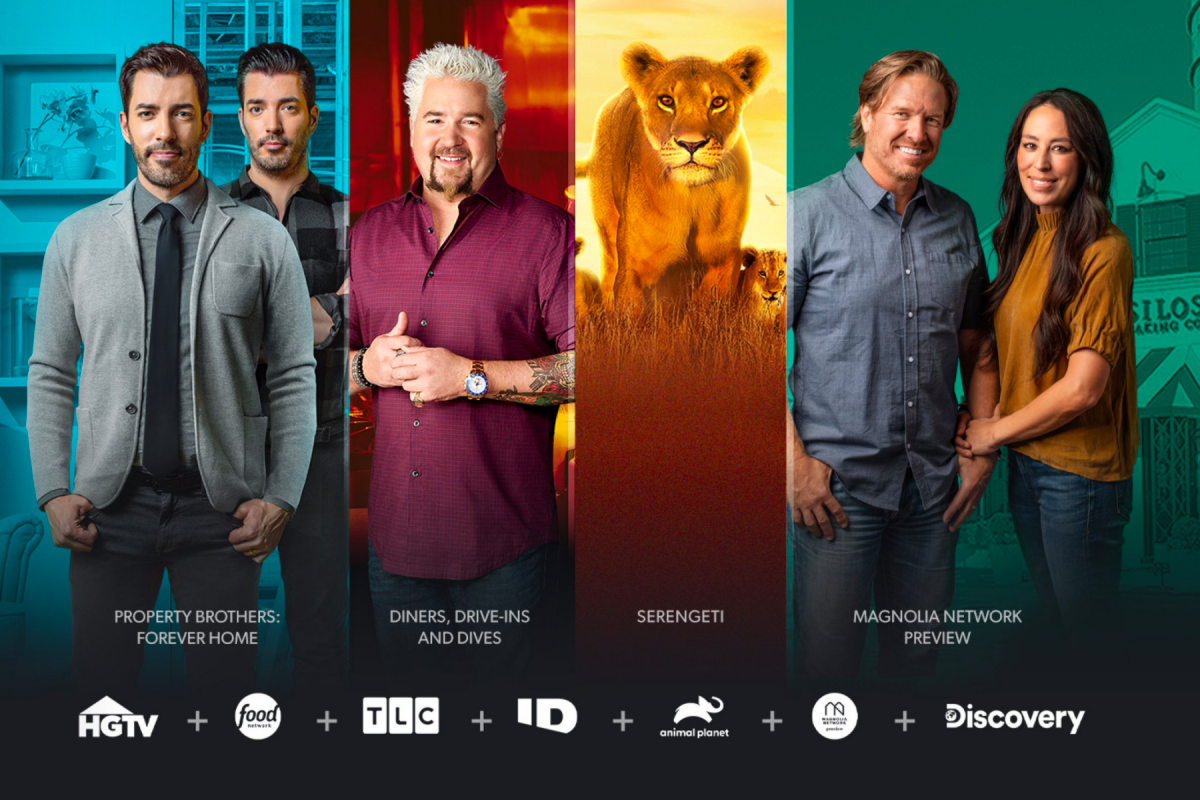 Remember that time in 2020 when we were all white-knuckling our way through the most cursed of years? We’d clutch our face masks to our chests and sigh, “if we can just get through this year, 2021 will be so much better.” Well, we’re nearly done with the first month of 2021, but we are still stressed AF.

Yes, things have gotten better, mainly due to Trump being gone and his ghoulish coterie being replaced with hyper-competent professionals. But we’re still recovering from an escalating pandemic, a violent attack on our nation’s capitol, and all the other stressors that weren’t magically wiped away at midnight on December 31, 2020.

So what’s a girl to do when she can’t watch another episode of The Great British Bake Off or The Office? It’s freezing outside and we need more easygoing content, damn it! Here are the series we’ve been unwinding with, for better or for worse.

Look, I will not stop talking about Apple TV+’s Ted Lasso until everyone on the planet has watched it. The buoyant and heartfelt series is brimming with optimism, humor, and people trying to be their very best selves. Comedy is so often driven by cynicism and snark, and don’t get me wrong, I love both of those things. But the gentle kindness and sincerity of Ted Lasso is a balm for the soul.

Dragon Ball Z Abridged never fails me. The comedic YouTube retelling of one of the most famous anime series of all time isn’t just a hilarious way to experience the story, but it’s a perfect gift to fans through much of its in-joke humor—specifically fans who grew up with the show during the time of its initial English dubs and everything that went along with that taking place in a time when anime translations weren’t nearly as commonplace as they are today.

It immediately takes me back to a simpler time in my life and speaks to an experience of a show and its fandom over time, through childhood and adulthood, that feels both personal and communal in the best ways.

One Day at a Time and Catfish bring me so much joy when I’m down and my brain needs a break. ODAAT is there for the laughs and to make me feel seen. Catfish is just garbage TV where my woes go out the window because people are having crazy experiences in their lives. Combine them together and you’ve got a recipe for down time where I feel refreshed and nothing is wrong with the world.

My current fuzzy blanket show is Horimiya, which I’ve talked about in my Monday Anime Round-up. It’s just such a sweet slice of life anime about two students who slowly begin to fall in love with each other. Hori is the “popular girl” who, outside of school, is a down-to-earth teen who’s tasked with taking care of her baby brother while her mother works. Miya, on the flip side, is the quiet guy in class who not many people give a second thought about, but when the school day ends he becomes the softest goth boy you ever did see.

Hori and Miya find out each other’s secrets and bond with one another through learning about the true person beneath what the school sees. However, the anime also is a good showing of what it’s like being misunderstood because of the assumptions others make about you (especially the last episode I talked about that focused on Miya). There’s just this quiet niceness to it that’s relatable, and comforting, as the characters become friends and, potentially, something more.

In recent weeks, as the world has seesawed between chaos and hope, I’ve found comfort in one show: Good Eats. My wife and I have been enjoying browsing through the 15 seasons that are now available on Discovery + and it’s so soothing. Alton Brown mix of quirky humor, science and no-nonsense food knowhow is both fun and makes you feel like you’re learning. The entire catalogue on Discovery+ is very soothing actually, from House Hunters to a bazillion food shows and more, and so I recommend taking a look at the service if you need and escape in this topsy turvy world.

Great British Bake Off is one of my favorite cozy comfort shows, as cheesy as it seems (no pun intended). The entire production is just genuinely wholesome, from the guests to the competitors, and even when someone fudges up a recipe challenge or has a meltdown, it’s received with a gentleness that always makes me smile. Everyone like…likes each other, and act like friends just having a lazy Sunday cooking hangout. Great British Bake Off makes me feel all the cozy hygge vibes—and also always makes me really hungry haha. Plus, there’s nothing better than watching actual-polar-bear-turned-human Paul Hollywood solemnly chewing a piece of cake and proclaiming it “slightly stodgy”.

What comfort shows are you indulging in right now? Let us know in the comments!