Read Our Exclusive Preview of Ask for Mercy Season 2: Ask for Budgie, a ComiXology Original 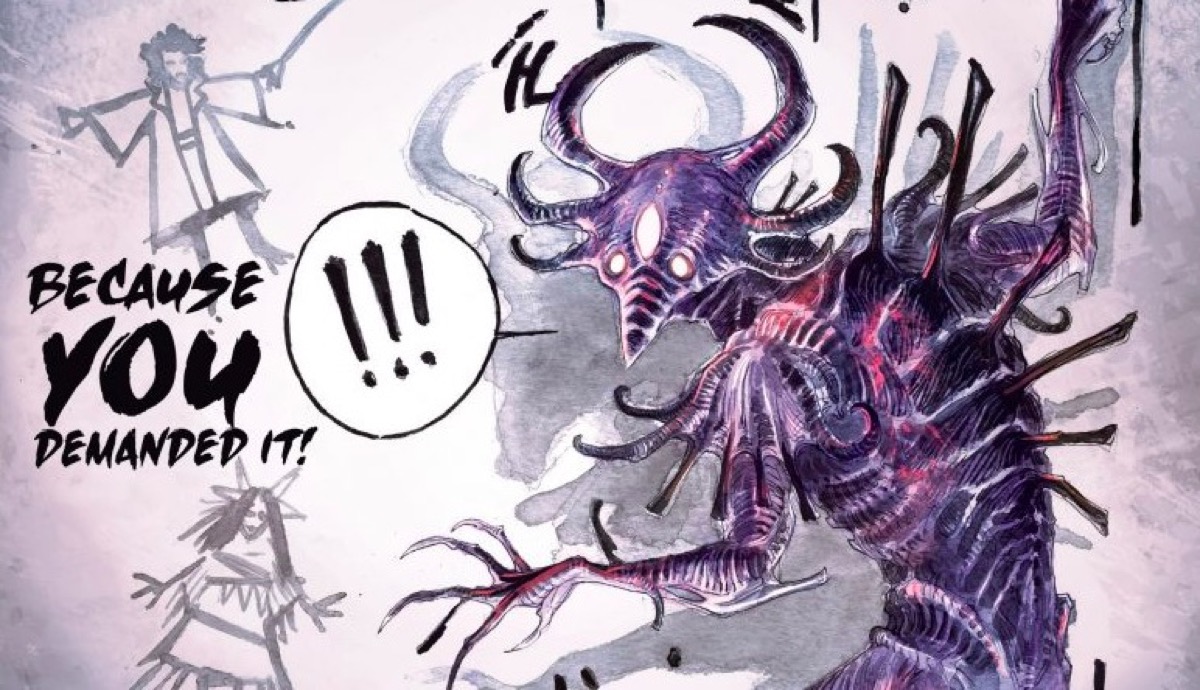 ComiXology Originals are entering new territory with its very first series to get additional arcs! Elephantmen 2261 and Ask for Mercy, both written by Richard Starkings, are returning for a second season, and we’ve got an exclusive look inside what’s to come for Ask for Mercy.

Both of these titles helped launch ComiXology’s creator-owned Originals last June, with Elephantmen continuing Starkings’ Image Comics series and Ask for Mercy diving into brand new dark fantasy territory, beautifully rendered by the unique art of Abigail Jill Harding. The comic is a World War II-era tale of a team of monstrous monster hunters, and its followup focuses on a breakout character from season one: Budgie.

Ask for Budgie is a one-shot that will explore the oddball character’s origins and his relationship with Alizarine with a fun spin on that dark fantasy tone, which makes itself apparent right from the cover. Take a look at that and the rest of our preview below, and let Harding’s artwork draw you in and pique your curiosity about this fantastical, eerie world. 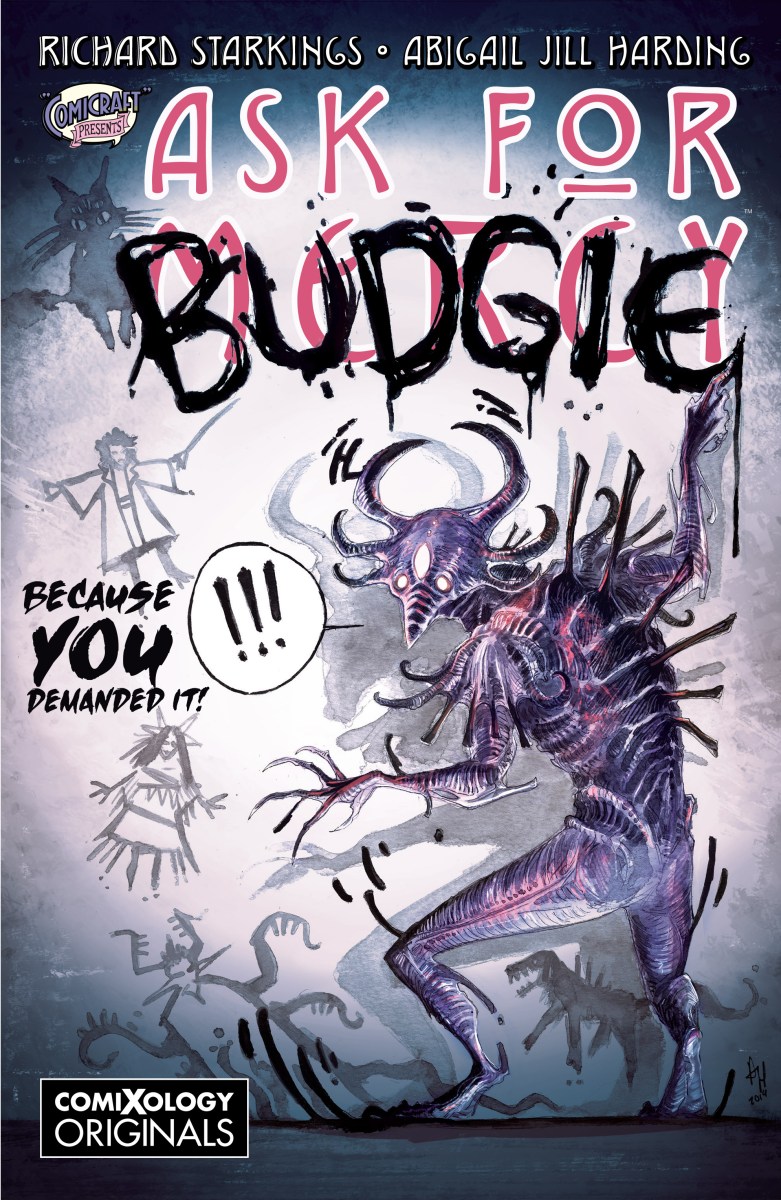 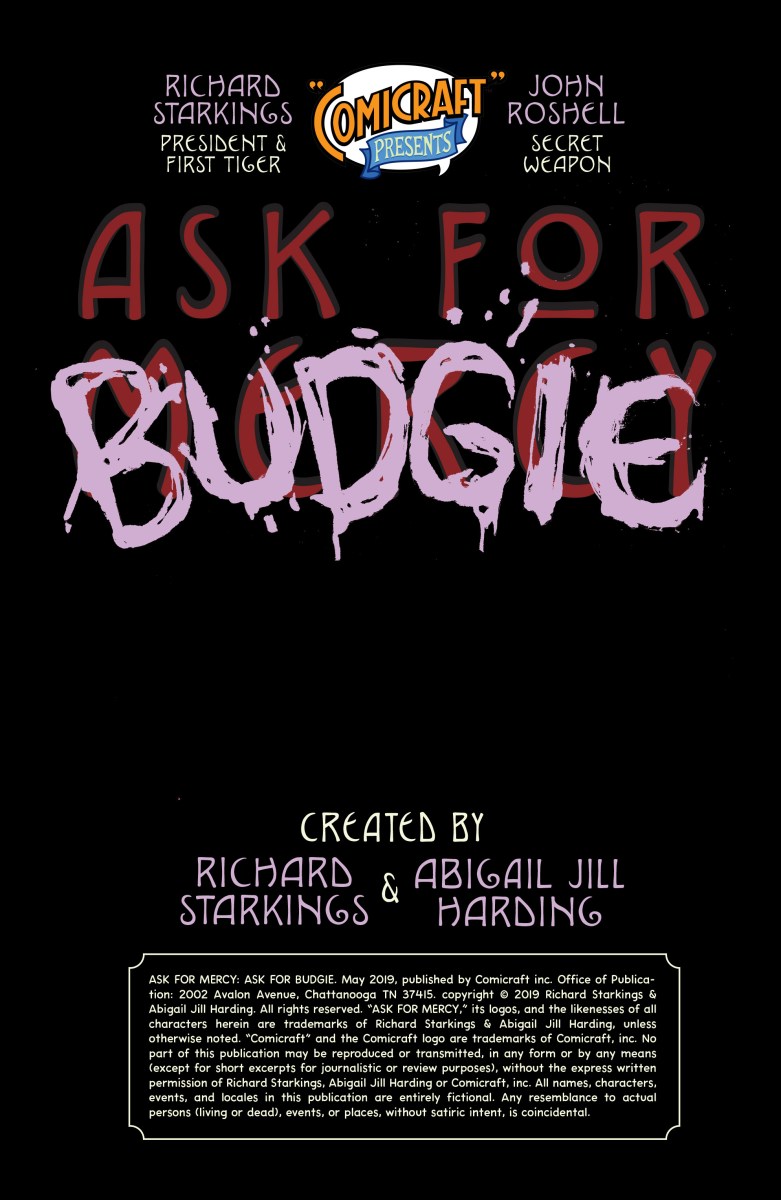 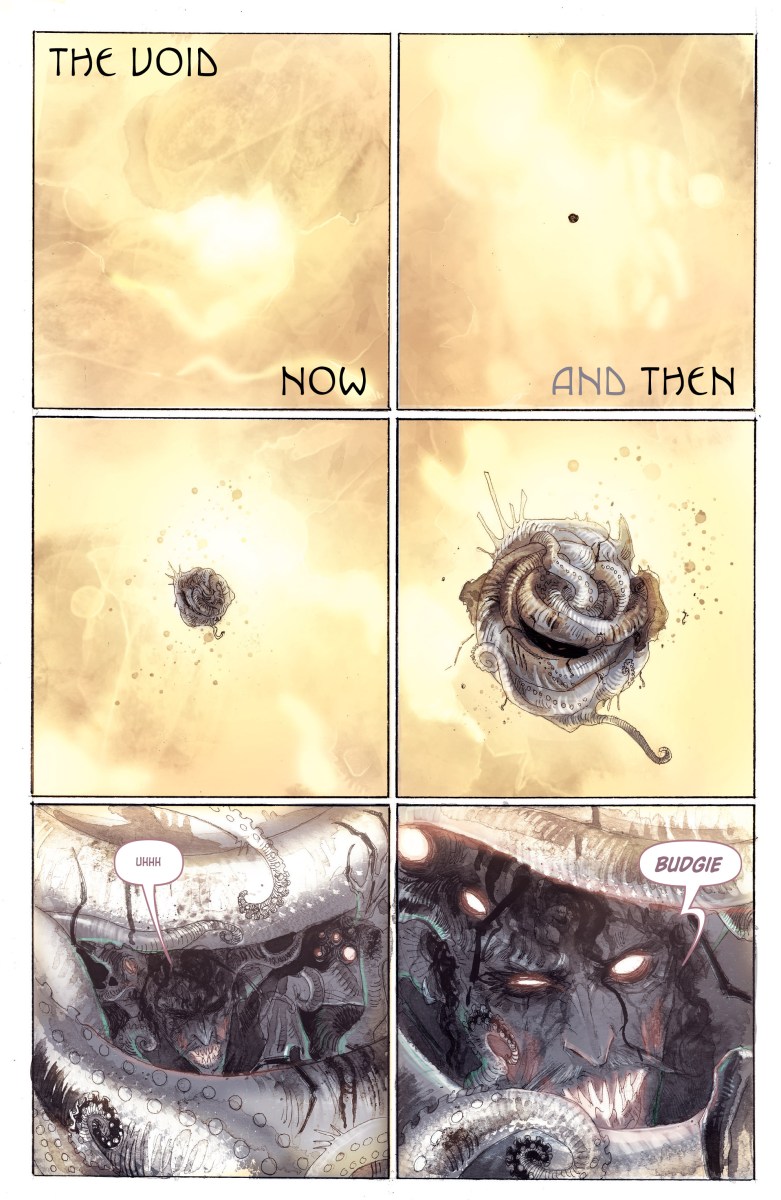 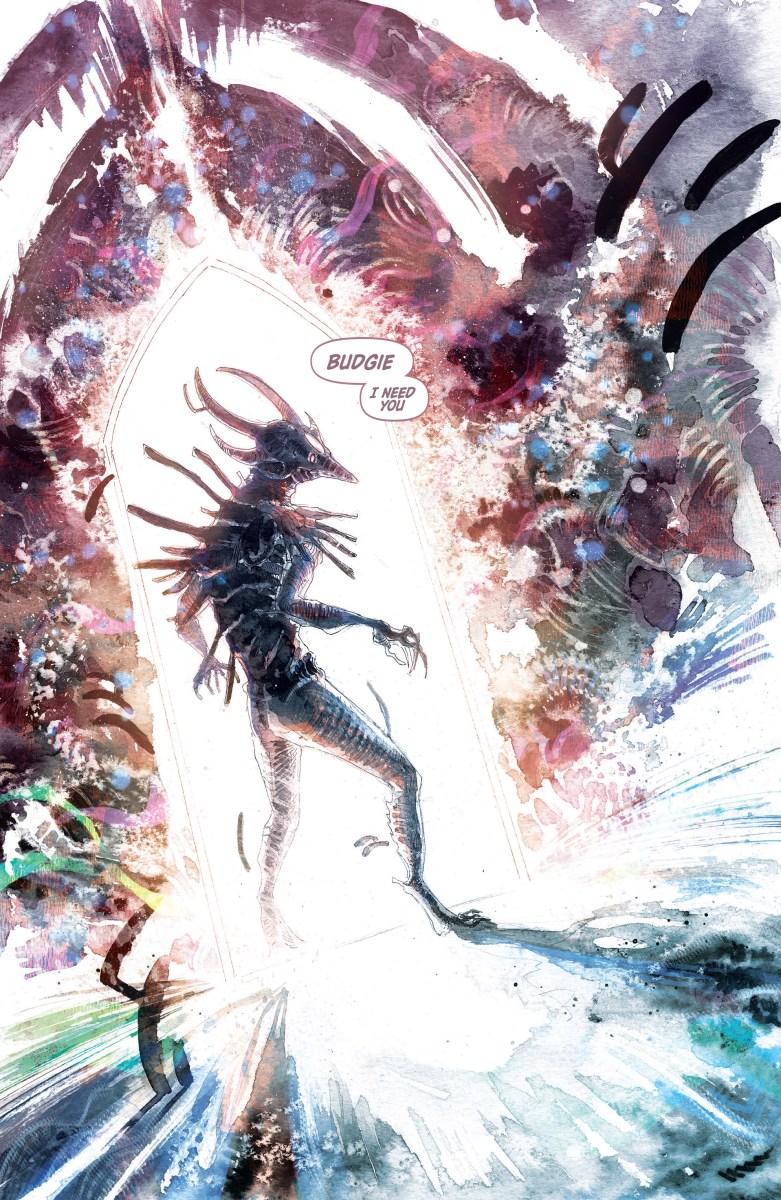 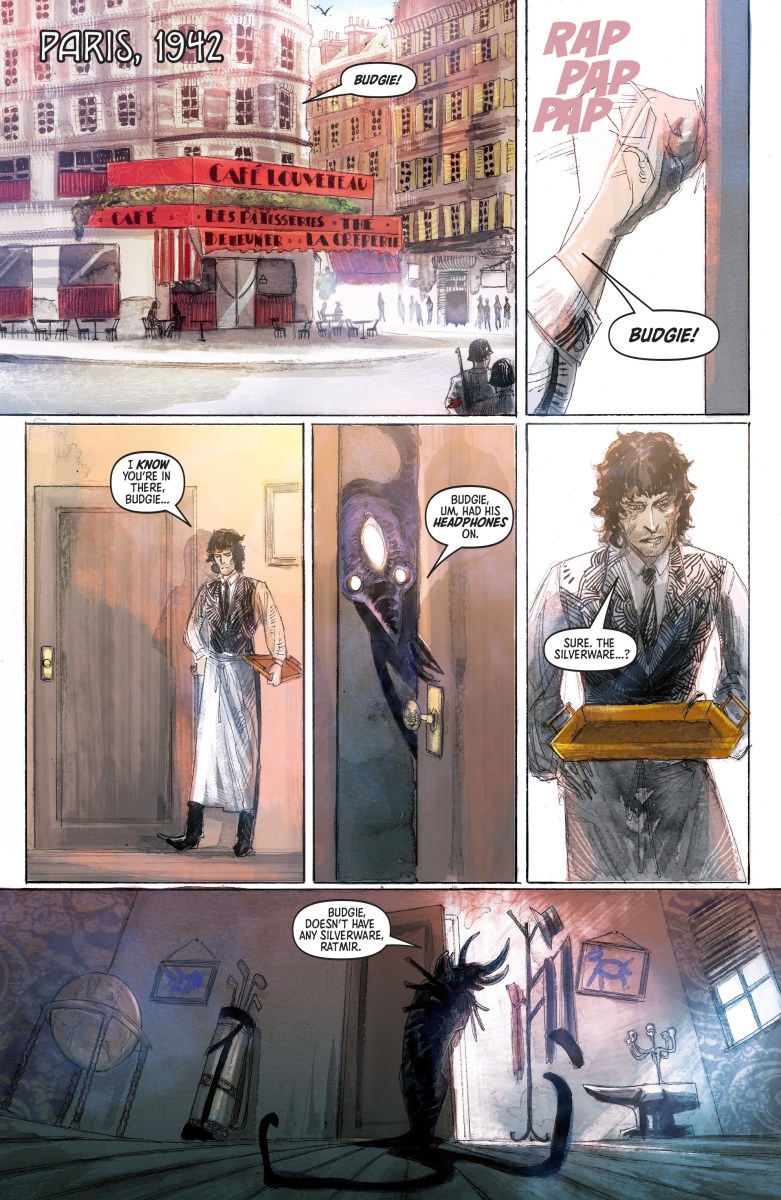 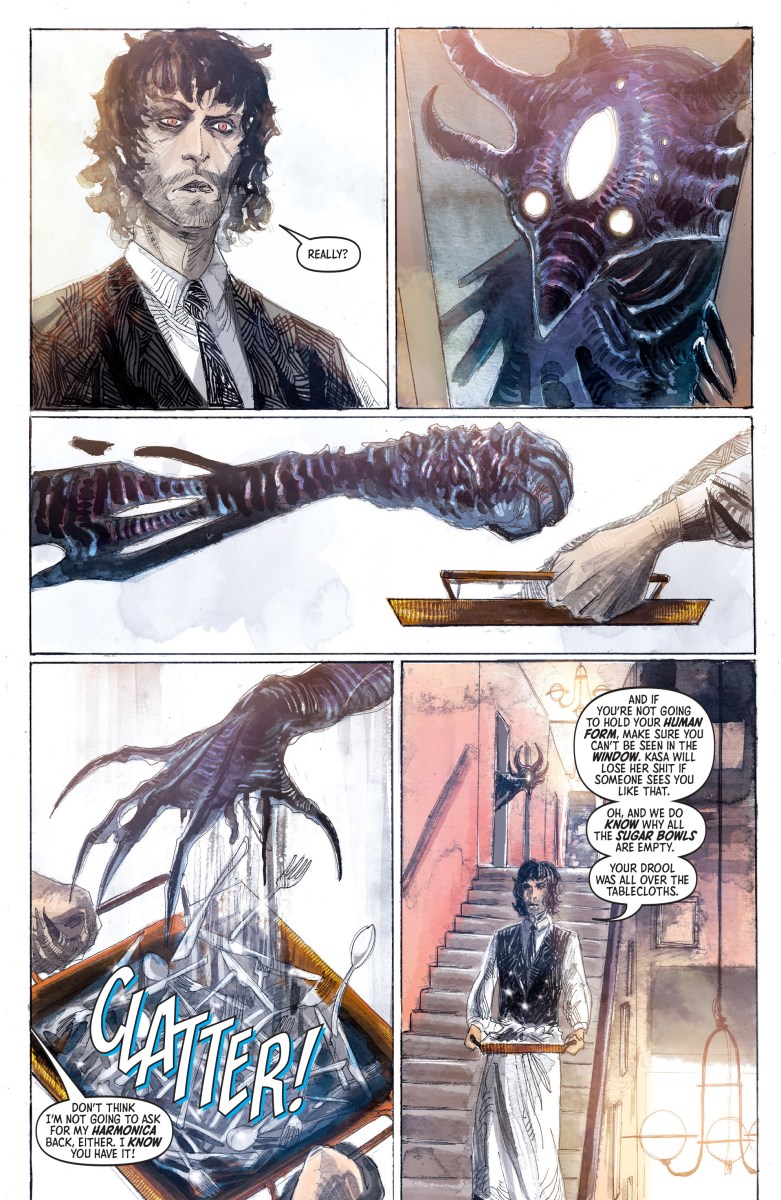 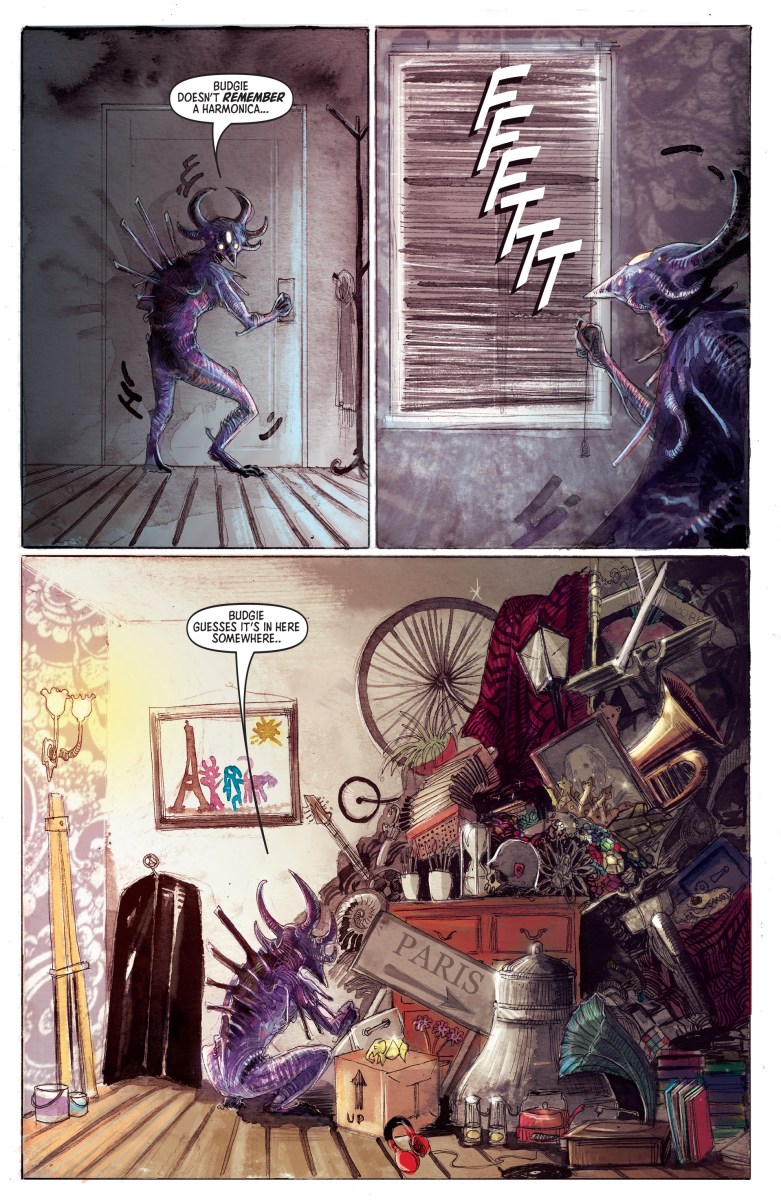 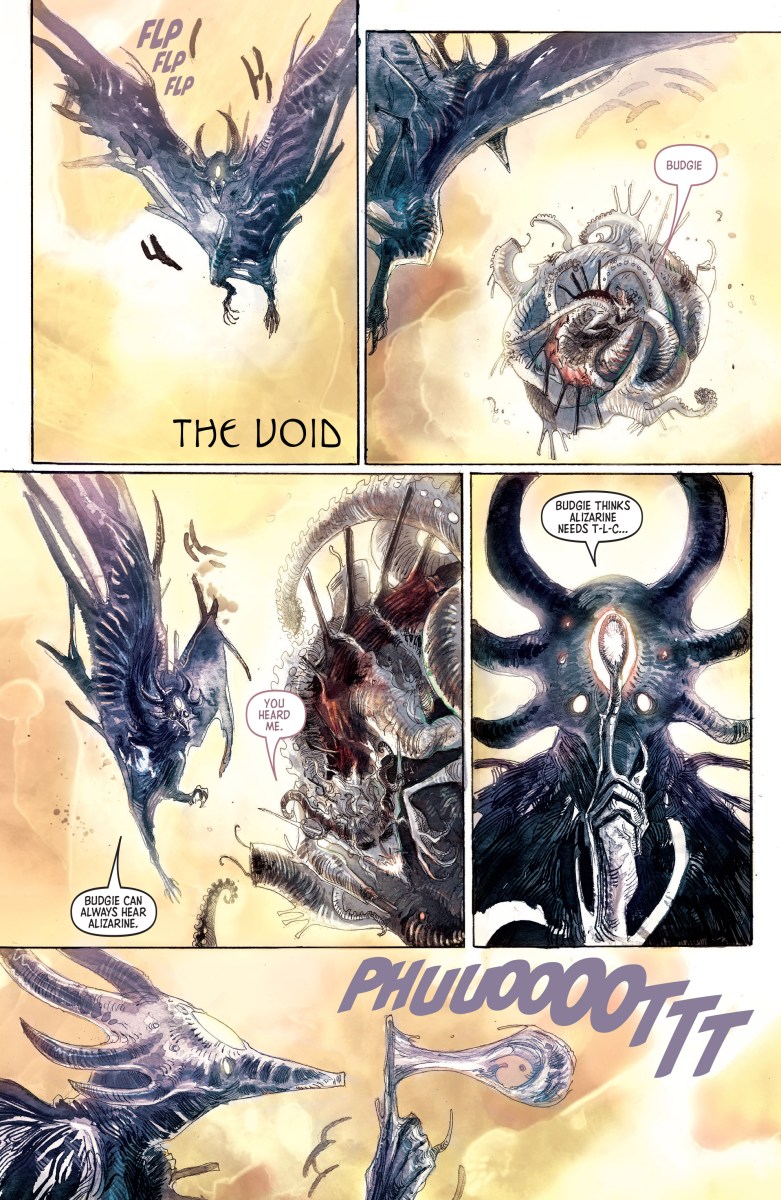 If you haven’t yet, you can catch up on the story so far in Ask for Mercy, and then discover the rest of Budgie’s history when Ask for Budgie hits on May 8!