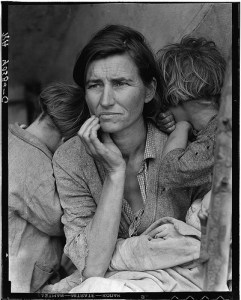 How did you spend your Mother’s Day? Maybe you woke up in the morning and brought your mom breakfast in bed. Some of you might have bought flowers and candy to your grandmothers. Jewelry may very well have been involved. Personally, I treated my mom and family to a late dinner. She still nagged me about forgetting my sweater, but it felt nice being out and being able to say, “Thanks, Mom, for giving birth to me and putting up with my neuroses.”

Or maybe you didn’t do much of anything. Maybe you forgot to buy a gift for your wife, or partner, and hoped to high heaven that it would be ok come Monday. Maybe you slept on the couch, or got into a fight so bad your ears are still ringing. But hey, it’s ok, right? It’s one day of the year, so you tell yourself you’ll make up for it next time while you try to remember your anniversary.

Monday passes, and the tension starts to die down. You kiss your lady goodbye as you both head off to work, and all is right with the world. You’re in the clear, right? Bad news. Remember Greg from the 4th floor? His wife left him yesterday. Momlogic gives one reason:

And every married man in the room starts to sweat. Representatives from the website AshleyMadison.com, a dating site devoted to facilitating affairs between married men and women, told momlogic that more 31,000 women signed up for their site that day — more than ten times the usual number of attached women who sign up on a given Monday.

Statistics like that are hard to deny. Especially when you also consider how in vogue and relatively accepted dating sites have become in recent years. AshleyMadison has also developed a fairly high profile; According to their homepage, they’ve been covered by The View, Ellen, and Good Morning America, and they also claim more than 5.2 million members.

So why Mother’s Day? CEO Noel Biderman reportedly believes that, “on Mother’s Day, women in general expect to be celebrated by their partners. However, for many already suffering from a lack of appreciation, this day represents a continuation of neglect and disappointment.”

Now, before some of you race off to buy diamond rings and make plans to renew your vows, remember that talking is about as important as acting here. One Dr. Michelle Golland told momlogic:

“I think it is important for moms to share with their husbands what they would enjoy for Mothers Day,” she says. “If you want a day off or breakfast in bed, say so.”

So, at the very least, show her you care without waiting for an excuse. It’ll make the wait until Father’s Day that much easier.