So, Is Asgard Going Where I Think It’s Going After Thor: Ragnarok? 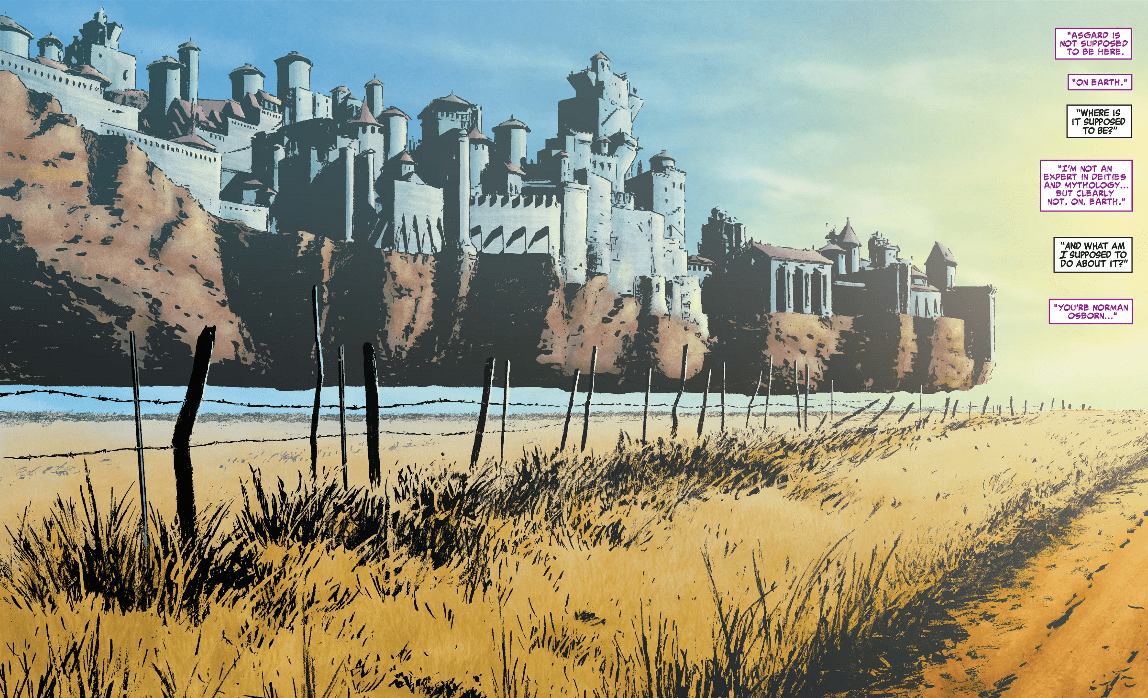 So now that Thor: Ragnarok is out in U.S. theaters, and most of us have seen the ending, it’s time to discuss … what do we think will happen to the people of Asgard?

For those of you who are reading this even though you haven’t seen the movie, because you are mightier than the petty narrative trick of surprise, here’s a quick summary: at the end of Thor: Ragnarok, Thor realizes that since Hela draws her power from Asgard, the only way to defeat her is to let Ragnarok roll and unleash Surtur to destroy Asgard. Though the city itself is destroyed, the Asgardian people who’ve survived Hela’s short but terrifying reign escape on a massive ship, the stars their destination. So where to next for everyone’s favorite medieval aliens?

My money is currently on Broxton, Oklahoma.

This is admittedly based on the comics storylines, which the Marvel movies ignore and draw from as they please, but I also think it’d be a fun choice for the MCU. During the J. Michael Straczynski/Olivier Coipel run of Thor that began in 2007, Asgard takes up post-Ragnarok residence floating above the tiny town of Broxton, Oklahoma. Yes, literally. Giant Volstagg feasts at the local diner; an Asgardian named Kelda ends up dating a local fry cook named Bill Cobb; and the people of Broxton have to adapt to random boar hunts and magic castles floating over their fields.

While the Asgardians of the MCU won’t have their city with them, their next move could therefore be to the scenic plains of Oklahoma. It’s an option that would definitely be a ton of fun. The best humor in the first Thor movie came from Thor’s interactions with normal modern life. Remember how Thor kept getting hit by cars? His rage at the way hospitals handled him? Or everyone’s favorite GIF?

Replicating that Asgard-meets-modernity humor could be a winning formula for the Avenger with the most ludicrous backstory. It’d also allow Marvel to keep Thor firmly on Earth most of the time, without having to explain away what’s going on in Asgard, or vice versa.

However, the Infinity War trailers from D23 and San Diego Comic-Con do complicate my theory. I haven’t seen them myself, but most summaries of the footage say that it begins with the Guardians of the Galaxy finding Thor drifting in a sea of space wreckage. So does the Asgardian escape ship get blown up? That would really be…a choice, and the genocide of an entire people feels pretty damn dark for the MCU. But the footage could also mean that the Asgardians crash on a planet other than Earth, or that Thor gets left behind somehow.

Personally, I’m still hoping they’re headed for middle America next, but who knows?