Asexual Anime Headcanon: Five Characters Who Could Be on the Asexual Spectrum 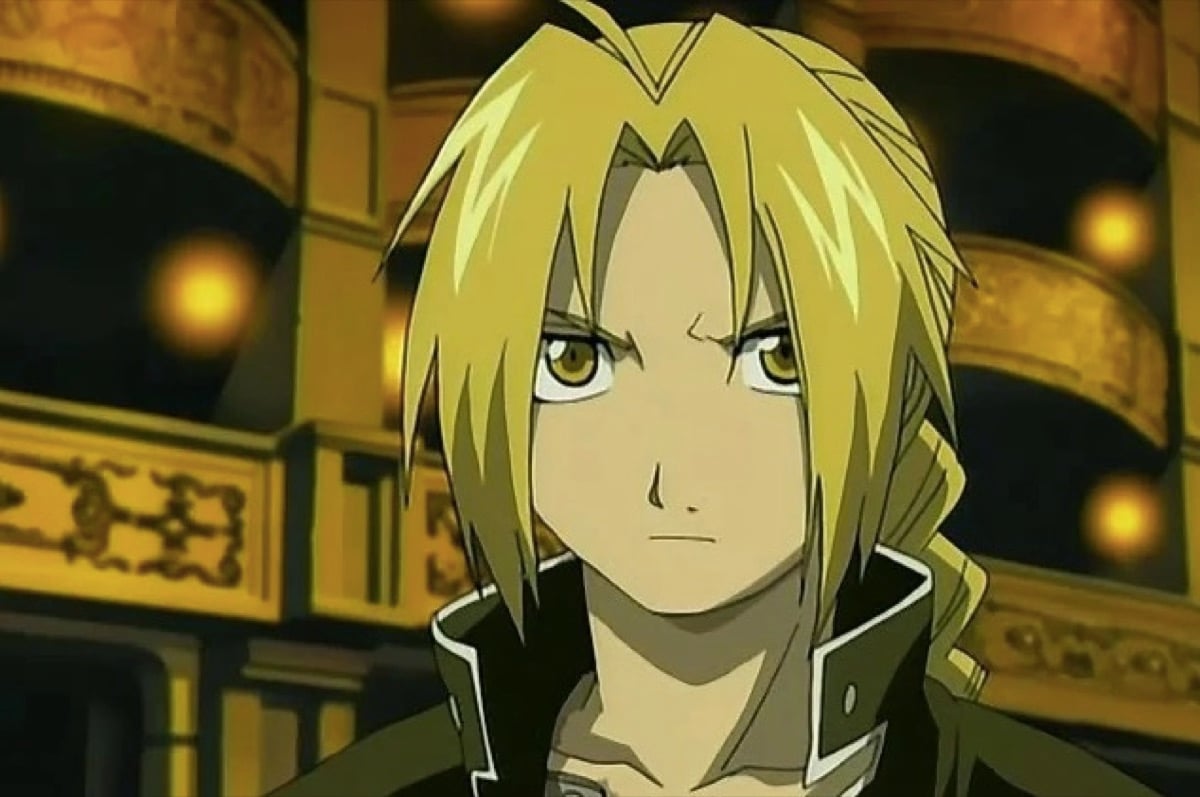 As an asexual person, I’ve been very vocal, both in my professional and personal fields, about the lack of asexual representation in mainstream media, such as television and film. From the erasure of asexual characters in shows like The CW’s Riverdale to the general exclusion of the asexual community within the landscape of queer representation, it’s fair to say we get the short end of the deal.

Though fictional representation may not seem like a big deal to some people—after all, what could be more trivial than popular culture (she says sarcastically)—to members of any marginalized community who may not be represented often or authentically within the media, it often means the difference between validation and trivialization/invisibility.

For someone who’s been asked a number of times what asexuality is, has had to practically give a lecture on the full terminology and vocabulary of it, and has then been looked at oddly before just being told that asexuality doesn’t exist—that I’m just too repressed/lazy/neurotic to understand my own orientation—some cannon representation in the media could have saved me the grief of these verbal assaults on my identity. Sadly, there is hardly any, and the closest time I’ve come to hearing the word “demisexual” mentioned on TV was on an episode Black-ish, making fun of “SJW culture,” when a character introduces themselves as “triracial, genderfluid, panoramic, demisexual” (which I could go off on in an entirely new article, but I digress).

And yes, people have pointed out Bojack Horseman and the case of the character Todd Chavez, who is canonically asexual (which I love, and have covered in a previous article the significance of this character), but the thing about Todd Chavez is, as far as I know, he is the only visually asexual character on mainstream TV right now, and token characters are still token characters. Having only a limited number of characters to represent any minority—especially a minority as diverse and under-represented as the asexual community—leaves a lot wanting. For me, Todd Chavez may represent some of my own experiences as an asexual, but not all of them. For instance, in addition to identifying as asexual, I also identify as demisexual.

According to The Asexual Visibility and Education Network (AVEN),

A demisexual is a person who does not experience sexual attraction unless they form a strong emotional connection with someone. It’s more commonly seen in but by no means confined to romantic relationships. Nevertheless, this term does not mean that demisexuals have an incomplete or half-sexuality, nor does it mean that sexual attraction without emotional connection is required for a complete sexuality. In general, demisexuals are not sexually attracted to anyone of any gender; however, when a demisexual is emotionally connected to someone else (whether the feelings are romantic love or deep friendship), the demisexual experiences sexual attraction and desire, but only towards the specific partner or partners.

And that’s ok, as all asexuals, like all individuals, are not identical to one another, and each of us have our own life experiences that are influenced by a personal set of circumstances determined by environment, gender, race, religious background, and more.

To have one asexual character represent the asexual community is about as logical as having just one gay person to represent the entire gay community, or just one member of any other demographic. One character cannot provide a full accurate reflection of a wide and nuanced community. In times like this, marginalized fans often come up with their own solutions to make up for lack of/want of representation, and that includes headcanon.

According to Fanlore.org, a head-canon is defined as “a fan’s personal, idiosyncratic interpretation of canon, such as the backstory of a character, or the nature of relationships between characters.” Namely, the way we interpret a character based on certain characteristics or subtle signals that suggest an alternative nature than the one already provided—simply things we wish were canon, but haven’t been explicitly stated as such (… yet). Some popular examples of headcanon out there include Bisexual Steve Rogers or Transboy Peter Parker, both stemming from a queer fandom’s need to have representation in spaces where it is lacking.

While I understand that not everyone will share certain head cannons, I have found, in this aspect of fan culture, some validation for my own experiences as an asexual/demisexual person. So, until the day when there’s more than one asexual character on the big or small screen, I and many others will continue to create headcanons to fill a void in representation.

So, based on my own interpretation of these characters, here are some characters I interpret as being Asexual and/or Demisexual: 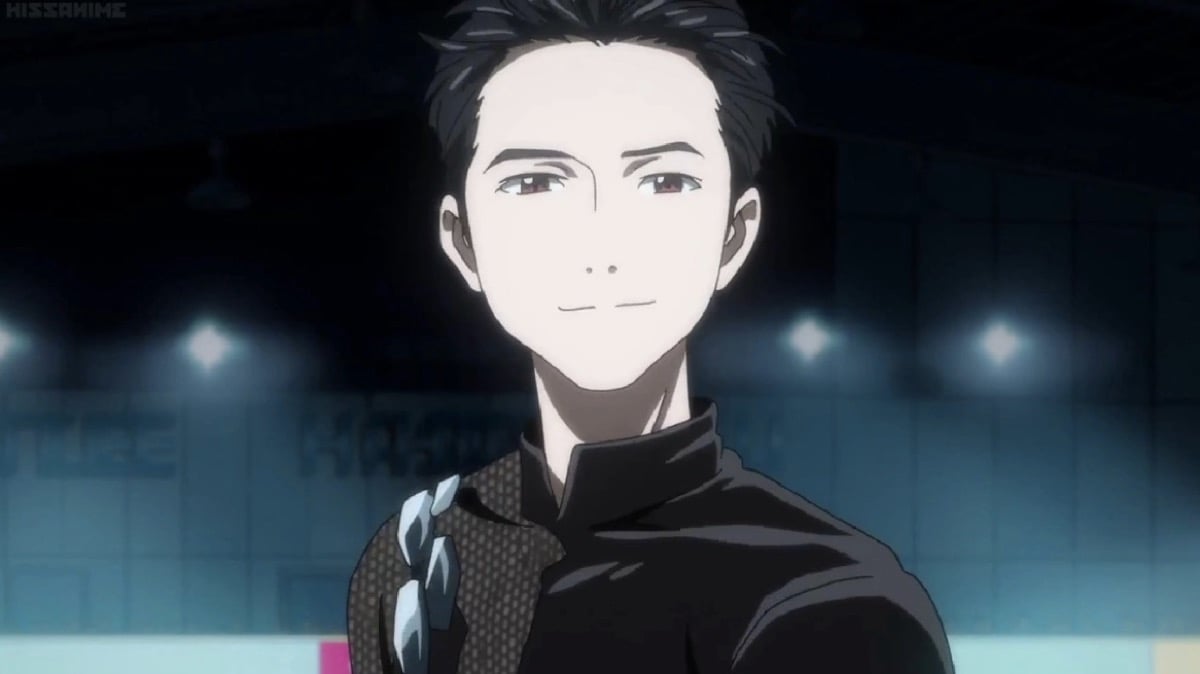 Strange how a character from an anime about figure skating could have provided one of the most relatable pieces of media I’ve ever seen. Within the show, the primary character, Yuuri Katsuki, is shown to be attracted to both men and women: childhood friend Yuuko Nishigori and his primary love interest, ViKtor Nikiforov.

With both attractions, there is already an established emotional bond, both based on admiration and familiarity with the other person. Yuuri had known Yuuko since he was a child, skating and hanging out with her, and still showing his attraction to her years later, as shown when blushing as a teenager and later acknowledging her “cuteness” as an adult.

With Viktor, his connection to him was initially based on his admiration for him as a skater, later developing into a close familiar bond as the two spent more time together. The romantic and sexual undertones of their relationship visibly demonstrate themselves more as the pair’s emotional bond becomes stronger, common within the demisexual experience.

What’s more, in one episode, Yuuri is stated to be inexperienced in dating before Viktor and is shown having trouble understanding the concept of “Eros,” or sexual love. The closest metaphor that the show finds for Yuuri’s ability to relate to the concept is comparing Eros to katsudon, a food dish he highly craves. For a lot of asexuals, the concept of sexual attraction or sexual desire is often a theoretical concept that is difficult to conceptualize without the experience of actually being attracted to someone, and a close equivalent we have to rationalizing is through the mode of hunger, another intense physical desire. So yeah, Yurri Katsuki is without a doubt definitely queer, and very possibly biromantic demisexual. 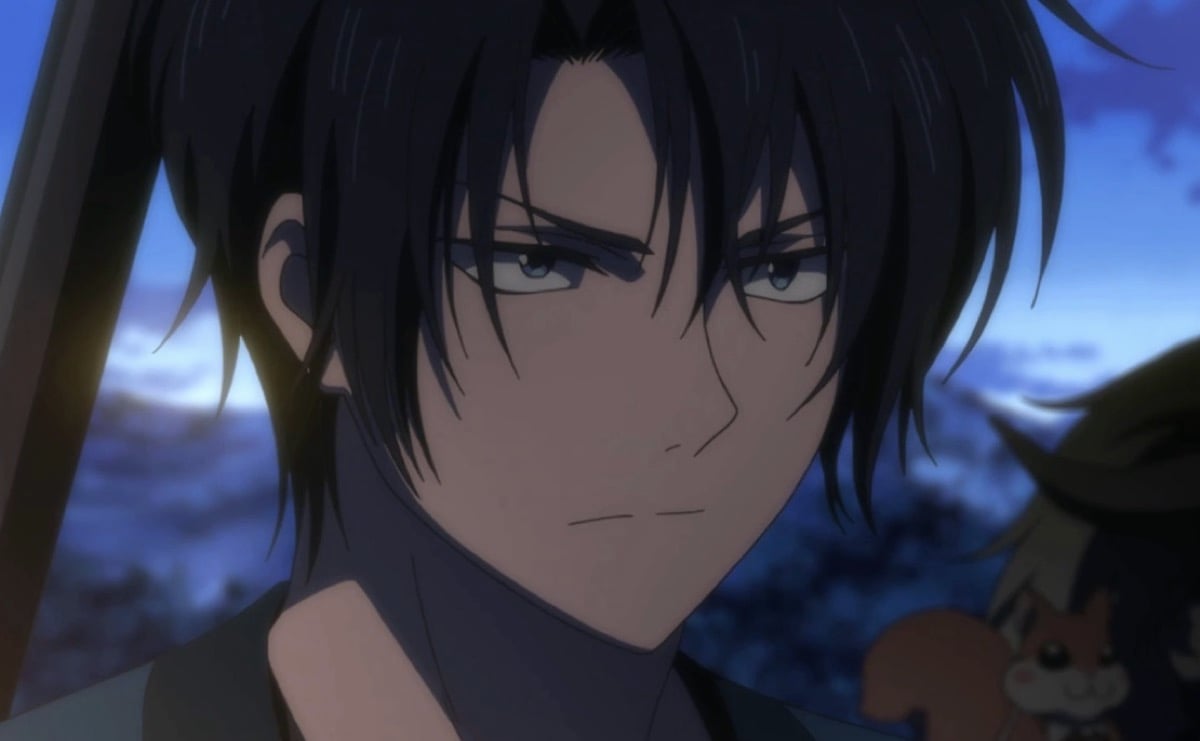 Son Hak. A skilled and handsome warrior from the kingdom of Kouka, there isn’t a shortage of women (or men) who want him. The thing is, he’s not interested in them. Throughout the series, Hak is shown only to be interested in one person, his lifelong companion and the protagonist, Princess Yona.

Hak’s attraction to Yona, the woman he’s known his entire life and been tasked to protect, isn’t shown as love or lust at first sight. Instead, within the show, Hak’s relationship to Yona is demonstrated as going a bit deeper, revealing a lifelong bond that started as children before developing into a relationship based on trust, survival, and mutual care for each other.

An additional element supporting this headcanon is a moment within one of the episodes where Hak inadvertently finds himself in a brothel, where many beautiful women approach him, but he aggressively declines interest, and even exhibits some discomfort, an experience many asexuals have when stepping in a highly sexualized setting, like a night club. 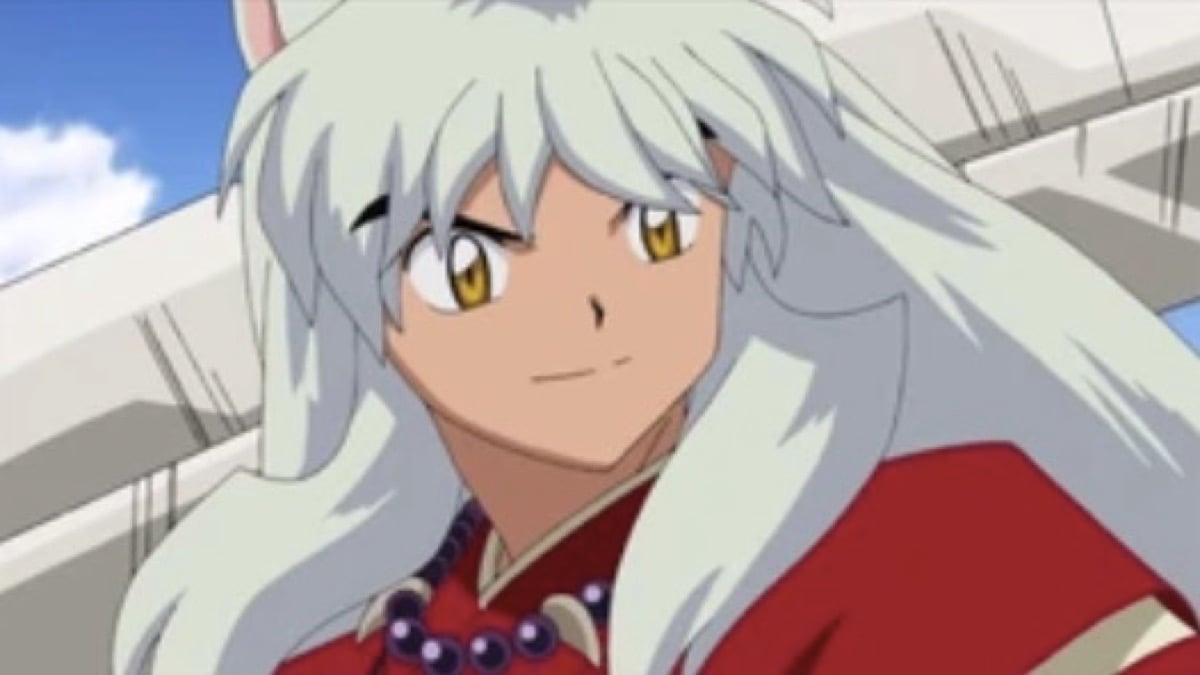 As a half-demon, Inuyasha has lived a life longer than most humans (in the official guide, author Rumiko Takahashi stated that Inuyasha is technically two hundred years old, but appears physically around fifteen years old). Yet, in the series, he has only demonstrated attraction to two women, Kikyō and Kagome Higurashi, in all that time.

With both women, both relationships started out from a place of animosity (especially with Kikyō, as mortal enemies). However, upon building common ground with both women—with Kikyō, sharing a sense of isolation, and Kagome, a common purpose to recover the jewel shards—and establishing friendships with both of them first, his feelings develop, over time, into attraction for them.

Edward Elric, a genius when it comes to alchemy, a novice when it comes to love or any other type of attraction besides platonic. While the show primarily focuses on Edward’s journey toward learning the secrets of alchemy and finding a way to reclaim his and his brother’s bodies, the show also delves into the emotional relationships he creates and develops with others, including Winry, his childhood best friend/automail mechanic.

While the two often demonstrated a tumultuous relationship in the show (complete with intense arguing and sometimes physical comedy), nonetheless, there is a deep sense of familiarity between Edward and Winry based on their shared past and mutual professional respect for each other. Throughout the course of the story, Edward demonstrates multiple times his admiration for Winry’s abilities, such as when she delivers a baby nearly single-handedly or in her expert design and care of his prosthetics.

As one of the only constants in his chaotic life, Winry is an important element in Edward’s life, and it is his intense emotional connection with her that becomes the foundation for his later romantic attraction to her. Strangely enough, only after someone points out that Edward has feelings for Winry does he realize that he’s attracted to her himself (which, when you are on the asexual/aromantic spectrum and only discover certain feelings for the first time with no past experience to give comparison to, can be a big mood). 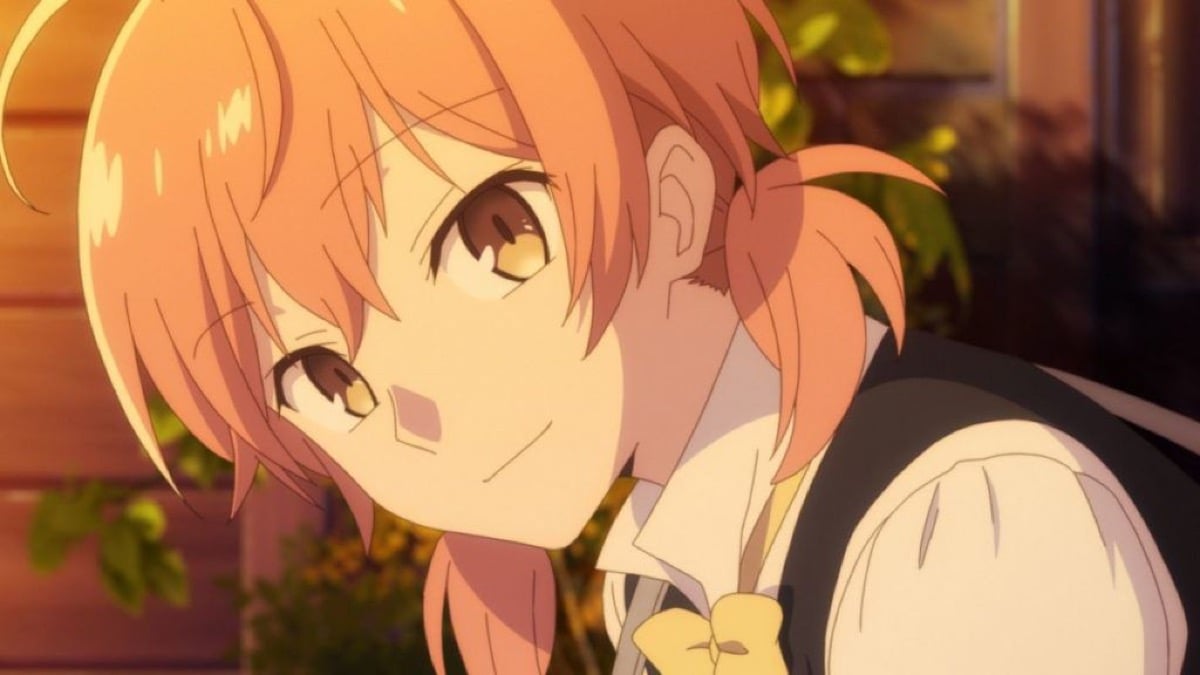 From the first episode of Bloom Into You, I immediately coded Yuu as being on the Aro/Ace (Aromantic/Asexual) spectrum. From her lack of romantic relationships to confusion whenever her friends are gushing over boys and a disconnect from popular media that obsesses over romantic love and physical affection, Yuu describes her feelings surrounding the subject as those of isolation and emotional removal.

Being on the Aro/Ace spectrum in a society obsessed with sex and romantic love can often be uncomfortable, as one experiences a disconnect from a emotional/physical phenomenon that seems that permeate every aspect of society, from popular culture to everyday relationships

When Yuu later meets the person who will become her primary love interest, Touko, she initially doesn’t demonstrate sexual or romantic attraction, even after Touko confesses her attraction to her. While Touko’s feelings for Yuu can be seen as that of an allosexual lesbian’s, Yuu’s feeling are a little harder to pinpoint. Instead of being a “late-bloomer,” as many people tend to call asexual/aromantic people who haven’t experienced attraction (as well as demisexuals or graysexuals, who sometimes do so under certain circumstances), Yuu is shown to simply not demonstrate attraction to people in general, only later developing interest in Touko after an established emotional connection with her and further time spent bonding together.

Those are my five! Feel free to mention any other asexual/ queer head-cannons (or cannon representation) in the comments section below.