Arrow's Laurel Lance, And Other Women of Television | The Mary Sue 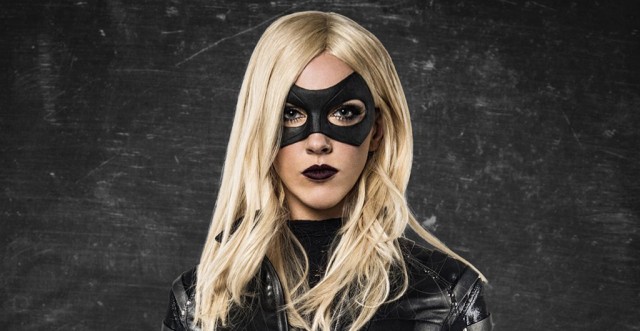 It has been a wonderful season for women in television despite how lackluster it’s been for them in film, and for evidence you need to look no further than Laurel Lance on the CW’s Arrow.

For the first two seasons of Arrow, Laurel was the show’s punching bag. At first fans were excited because she shared her name with the superhero Black Canary; however, actors Stephen Amell and Katie Cassidy didn’t share the chemistry that both the showrunners and fans would’ve desired. Then the character Felicity appeared and charmed audiences immediately, shifting some of the spotlight off of Laurel, particularly when Amell displayed more of an immediate spark with actress Emily Bett Rickards. When Tommy Merlyn, Laurel sunk into a drunken, pill popping rage just as they introduced her sister Sara Lance, a character who was believed to be dead.  With her immense likeability, Sara quickly earned a dedicated fanbase and took on the Black Canary mantle that we originally thought would belong to her sister. Meanwhile, Laurel annoyed fans and critics alike, and it was frustrating to see such a potentially strong willed female character be written so poorly.

Then season three rolled along. Sara was murdered and fell off the top of a building and landed at Laurel’s feet. Her mask fell off, indicating the turn of events Laurel was going to face. Laurel began to train; promo photos were released of her Black Canary costume (and fun fact, Sara was only ever called the Canary), and the show started pointing in a direction where Laurel would become a hero as well, which was likely destined to happen since the start of the show. While I wasn’t thrilled by Sara’s death, it was interesting to see how Laurel, more than any of the other characters on Arrow, is getting the true blue superhero origin story. A loved one dies in front of her, she vows vengeance, and starts seeking training from a past vigilante to become one herself.

Arrow has surprisingly had plenty of luck as of late with its female characters. Felicity continues to be a fan favorite, carrying the weight of being the heart of the show and the lifeline to the fans, as well as proving that she can fend for herself and will no longer fall prey to the damsel in distress trope. Thea Queen has taken her pain and distrust from season two and channeled it into training with her father to insure that she’ll never feel powerless again. And in the other CW show about superheroes, The Flash, Iris (played by Candice Patton) is proving to be more than capable of protecting herself as well. 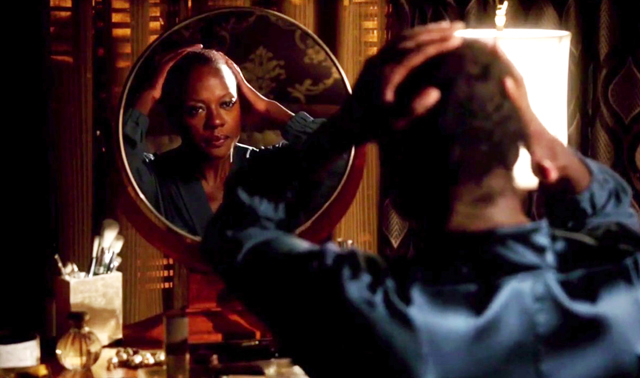 Being a great female character doesn’t simply mean being strong in the physical sense, though. Looking at this past fall season there are a plethora of complex women, which doesn’t typically happen in entertainment when often the most adored characters are male anti-heroes like Walter White and Don Draper. It’s rare to see such multi-faceted female characters get the same attention— which is why Viola Davis’ character on How to Get Away with Murder, Annalise Keating, has been such a game changer. Having a black female lead on one of the most highly watched shows of the fall is monumental news in and of itself, but Annalise is more than all that: she’s intelligent, she’s sexy, she’s powerful, she’s insecure, she’s biting and she’s manipulative. She knows what she wants and how to get it, and watching a female character unravel to find more and more hints of grey is thrilling.

Jane the Virgin offers three generations of independent female characters who refuse to be defined by their gender, race or status. The Legend of Korra is going out on a bit of a softer note than fans imagined, but over the last two seasons, we’ve seen Korra go through a realistic stint with post-traumatic stress and learn to accept her weaknesses while finding her strength. In comedy, Brooklyn Nine-Nine has a subtly progressive cast of characters, and Rosa (Stephanie Beatriz), Santiago (Melissa Fumero) and Gina (Chelsea Peretti) often steal the spotlight out from under their male coworkers. New Girl has gotten better and much of the strength comes from how Jess is allowed to engage in the same physical comedy as her goofball male roommates. And FX’s You’re the Worst offered up the best female character of the season with Gretchen (Aya Cash), an immutable screw up who was as much of a flake as her partner Jimmy (Chris Gere), who didn’t have any of her life together but still got to be successful in work. Gretchen was just as bad as Jimmy and wasn’t given any type of out because of her gender.

Even shows that have been notoriously bad for female characters have gotten better, such as this most recent season of The Newsroom—this season has seen Sloan (Olivia Munn) get even better, Maggie (Alison Pill) assert herself as a force to reckoned with, and now even Mac (Emily Mortimer) is often shown as the smartest one in the room.

When I look at films in the past year, I see a lot of guys. This year was riddled with stories about men, being told by men, and it’s getting tiring. Despite what people say, there are plenty of wonderful performances by women in film this year, but it still doesn’t measure up to the amount of attention male characters have gotten. As a female viewer who’s a vacuum for all stories in every medium,  I find that television has had such a fantastic development this fall. It seems everywhere I look and every show I turn on has some female character stealing the show and having her story told. It’s been great to see women play heroes such as Abbie Mills (Nicole Beharie) on Sleepy Hollow, detectives such as Joan Watson (Lucy Liu) on Elementary, or women with vapid outgoing personalities that mask inner insecurities such as Eliza Dooley (Karen Gillian) on Selfie. Hell, Clara Oswald (Jenna Coleman) became easily the best part of the recent season of Doctor Who—when she said “I am the Doctor,” I wanted to believe her.

Television is on a roll this fall, just by simply telling stories about women who feel real, seem strong, and are immensely captivating and deserving of their own narratives.