One small step for history. One giant leap for awesome. 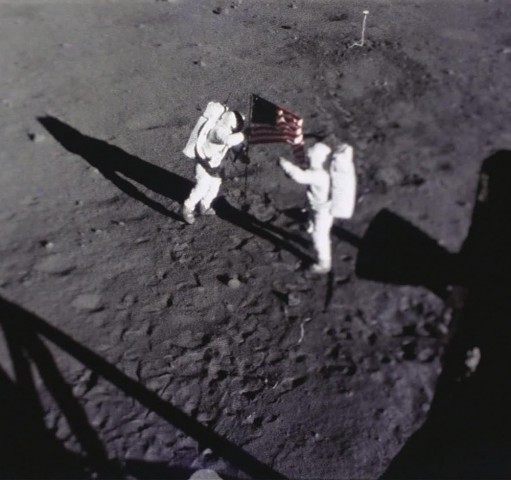 So Neil Armstrong left a bag in the back of his closet containing a bunch of stuff he’d once taken to the Moon. Now we get to see what was inside. Hint: it’s pretty cool.

On the Apollo 11 mission, Neil Armstrong thought he’d bring back some random equipment—things he was supposed to leave behind—as a souvenir for being the first human to walk on the Moon. One was the Temporary Stowage Bag, nicknamed the McDivitt Purse (after the commander who suggested they would need said bag). The knick-knack bag temporarily held miscellaneous things when there wasn’t time to put them away.

The Smithsonian, now in possession of the bag, wrote,

Less than an hour before they were ready to jettison Eagle, mission transcripts record Armstrong saying to Collins (Mission Elapsed Time (MET): 129:14:53): “You know, that — that one’s just a bunch of trash that we want to take back — LM parts, odds and ends, and it won’t stay closed by itself. We’ll have to figure something out for it.”

Inside the bag was a 16mm camera that was used to record and take pictures of the Moon landing, and the waist tether that kept astronauts from drifting off into space—and made a pretty nifty hammock. There was also a mirror, a wrench, netting, brackets, a power cable, and some other random bits.

The Smithsonian National Air and Space Museum was given the items a few weeks after Armstrong’s death in 2012, when his widow found them in his closet. They spent a lot of time looking at manuscripts and photographs and trying to figure out how everything was used. The whole collection has now finally been catalogued.

These souvenirs are historically valuable but are also interesting because, you know, they’ve been to the Moon. Some of it may seem like ordinary stuff, but it all helped Armstrong out when he was floating around in space. Now us Earthbound humans get to see it for ourselves. That’s out of this world.

(via The Verge and Smithsonian, image via NASA)