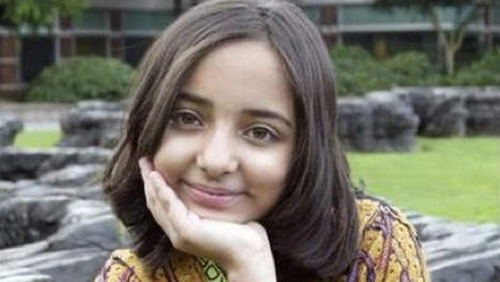 It’s always a wonderful day when we get to report on young girls and their achievements in science and technology, especially when those achievements are groundbreaking. However, today brings the very sad news that a young girl who did achieve something groundbreaking in science and technology has passed away before she could reach her full potential. Arfa Karim Randhawa, who became the world’s youngest Microsoft Certified Professional at age nine in 2005, passed away this weekend at 16. The Pakistan native made a big impression on Bill Gates when she earned the certification, and she will be a great inspiration to other girls who learn about her story.

Although her record has since been broken (8-year-old Marko Calasan now holds that title, and he was preceded by a 9-year-old girl from India), Randhawa was a stand-out back in 2005 when her uncanny ability to program Windows applications won her a trip to Microsoft headquarters in Redmond, Washington. She met with Gates himself after turning 10, asking him why there weren’t more women working for him. Remember, she was 10 when she met Bill Gates. (At the time, 75 percent of Microsoft’s workforce were men.)

Todd Bishop (GeekWire) interviewed Radhawa back in 2005, when she provided him with this quote:

“If you want to do something big in your life, you must remember that shyness is only the mind,” she said. “If you think shy, you act shy. If you think confident you act confident. Therefore never let shyness conquer your mind.”

Radhawa, who lived with epilepsy, suffered a catastrophic seizure and cardiac arrest last month and had been in a coma ever since. Her family had hoped that she might receive treatment in the United States, and Gates even offered support upon hearing of her condition. But Saturday night, she passed away. She was 16.

While her passing is extremely sad, let’s take a moment to acknowledge how important and exciting Arfa’s story is. Before she hit double digits, she was a programming geek, a prodigy, and her life philosophy was all about overcoming shyness and being yourself. If you know a little girl who thinks her passions are too geeky to be girly, tell her about Arfa.