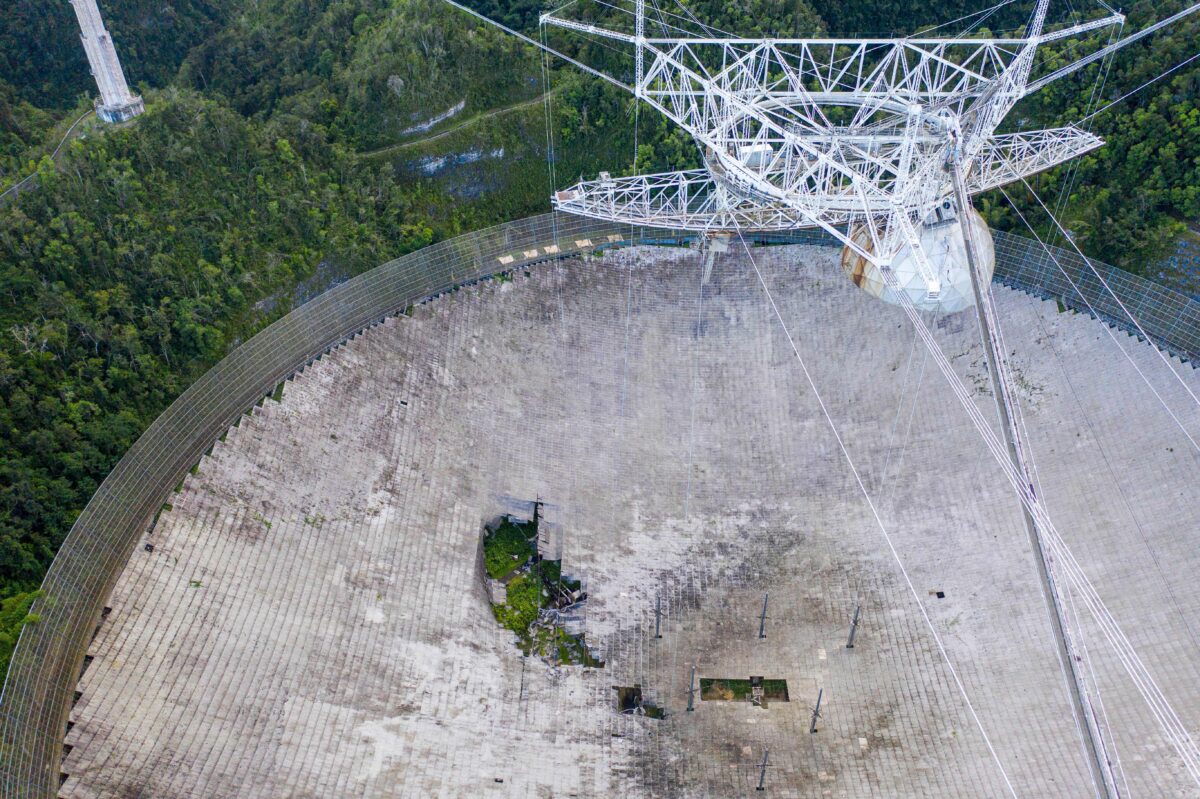 An iconic piece of astronomical history and space research will soon be gone. The 1,000-foot radio dish Arecibo Observatory in Puerto Rico has sustained too much damage to be safely repaired and will be decommissioned. The telescope and its massive array are iconic and its loss is a huge blow for many who looked to the skies.

The Arecibo facility was founded in the 1950s the radio telescope in its first form was completed in 1963, and eventually was expanded and modified to become the largest radio antenna in the world, not surpassed until 2016 when a 1,600-foot diameter dish opened in China. The observatory has appeared in films like Contact but more importantly served as a vital tool for astronomers and scientists across the world.

The array searched for asteroids, observed planets and stars. Most famously, the Arecibo radio telescope was a key tool for SETI, the search for extra-terrestrial intelligence, and both beaming messages out into the depths of space hoping for someone to hear and listening for any signal from distant worlds.

But with that kind of legacy comes age and wear on the telescope. In August a cable above the array, which is made of thousands of smaller reflector dishes, broke and fell, tearing a hole in the dish. Then, on November 6th, one of the main steel cables holding the dish together broke, leading the officials to worry that the entire array might collapse. These cables weigh over 15,000 pounds and are now in extremely dangerous condition. Any attempt to repair them could be fatal to the workers, and might only further damage the array.

“Although it saddens us to make this recommendation, we believe the structure should be demolished in a controlled way as soon as pragmatically possible,” wrote Thornton Tomasetti, who was hired to evaluate the damage. “It is therefore our recommendation to expeditiously plan for decommissioning of the observatory and execute a controlled demolition of the telescope.” This led the National Science Foundation to make the hard decision to dismantle the telescope.

But that isn’t the end for Arecibo. While the radio telescope will be disassembled, work will continue there in the future. There are more discoveries to make, but the loss of this incredible instrument still hurts terribly and has come as a huge blow.

Here’s a few other things going on this week in the stars!

What did you see in the stars this week?