Universal’s Brand New Mummy Could Be a Woman

Are you my mummy? 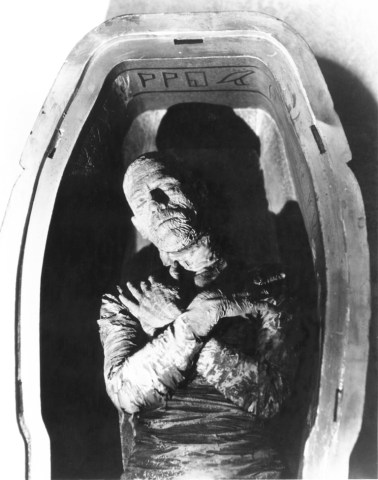 Universal’s updating their “Classic Monsters” lineup, and they’re starting with The Mummy. They’re doing so by opening up the iconic role to both men and women. According to The Hollywood Reporter, director Alex Kurtzman and writer Jon Spaihts are leaving the gender of the Mummy up in the air. It’ll come down to whoever they end up casting for the role–the old “best person for the role” deal. Hmm.

Production is set to begin incredibly soon so that the studio can hit their promised March 24, 2017 release date, so they’re going to have to make a choice real soon. Kurtzman and Spaihts have already stated that if they cast a woman for the role, they already have a “unique backstory” ready, one that’s different from the classic horror story where the Mummy’s returned to search for the reincarnation of his long-lost lover.

When Universal announced that they’d be retooling and revamping their classic horror monsters, much of the movie world shuddered and held their breath. Many worried that fan-favorites such as Dracula, the Wolf Man, Frankenstein, and The Invisible Man would be mishandled. This openness to flipping the gender of one of their iconic characters is, frankly, a move in the right direction. Let’s hope it actually comes to fruition.

Anyway, it’s time for the obvious joke. This is what you all came here for, right?

(via /Film, image via Flickr/Tom Margie)