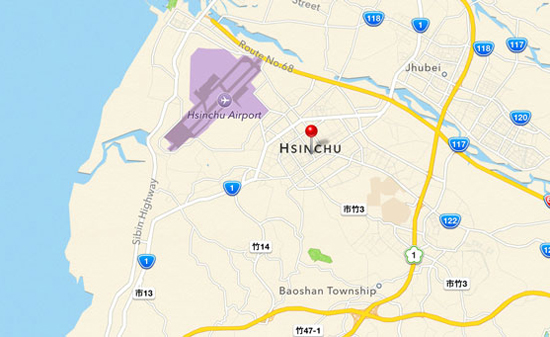 The conversations had about Apple’s Maps app offered in iOS 6 tend to center around just how terrible it is. This is especially true in countries outside the United States, but really nowhere is safe from Apple’s horrifying cartography. Taiwan, however, is having the exact opposite problem. See, Apple Maps is a little too accurate when it comes to a top secret military radar base located in Hsinchu. Technically, this still falls under the “terrible” category.

The base includes an ultra-high-frequency long-range radar from Raytheon, a United States defense group. Construction is expected to be completed by the end of the year, at which point the radar will keep an eye on Taiwan’s bitter rival: China. The threat of ballistic missiles in not an exaggerated one.

According to PhysOrg, the Taiwanese believe that China has around 1,600 missiles currently aimed at the island. See, China still thinks of Taiwan as “the one that got away,” and it’s only a matter of time before they return to the fold. Just in case that return requires a bit of force, they have missiles at the ready. That’s how to win the hearts and minds of the people, as everyone knows.

Given the sensitive nature of the base, Taiwan will ask Apple to lower the resolution of their satellite images. They can’t really stop the tech giant from providing images, as they are from commercial satellites, but requests of this nature aren’t all that uncommon and tend to be respected. It’s not like Apple is in the business of angering governments.