Apple Is Going to Trial for $350 Million Over… iPods? 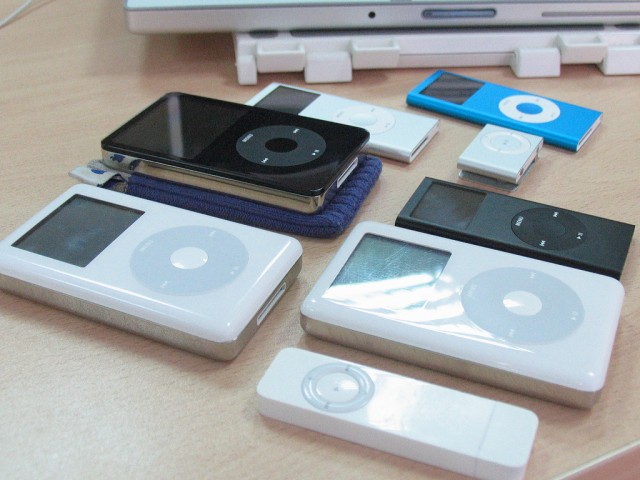 Sure, iPods still exist, but it’s not every day they specifically pop up in the news, because nobody needs them anymore. I think the Apple store just uses them as something to jam under table legs to make sure their display surfaces don’t wobble [Editor’s Note: Shut up, Dan! I still use mine plenty. -Jill]. But now they’re the focal point of a fairly expensive legal battle for Apple over whether or not their DRM practices gave the little MP3 players an edge in the market.

And I think we all know the answer to that is a resounding, “Yes.” Apple loves to make things that work well in conjunction, and iPods and the iTunes music store were a huge success of that model. The real question of the trial will be whether or not it was all legal.

The suit alleges Apple used its stranglehold on music to jack up the prices of iPods to the tune of $350 million in damages for the class action plaintiffs who were forced to overpay for tiny hard drives with a screen and headphone jack—er, ipods—between 2006 and 2009. Just last week, US District Judge Yvonne Gonzales Rogers gave the go-ahead for the case to finally go to trial.

The plaintiffs in the case, which has been around since 2005, assert Apple’s DRM practices made it impractically costly to switch brands of MP3 players. Additionally, Apple intentionally cut off DRM efforts by Real Networks (you probably remember Real best from the annoying RealPlayer plugins way back in the before-time) with their “Harmony” system which would allow iPods to play music that had DRM from Real. How could bad PR possibly result from being anti-harmony?

Though frankly, Apple is sitting on upwards of $159 billion in cash, so it wouldn’t surprise me if they just brought a check to the trial with, “Yup. We did that, and it sure worked,” written on the memo line. Maybe they’ll just overpay by a few billion so they can say they have $150 billion sitting around. They do love those nice round numbers.