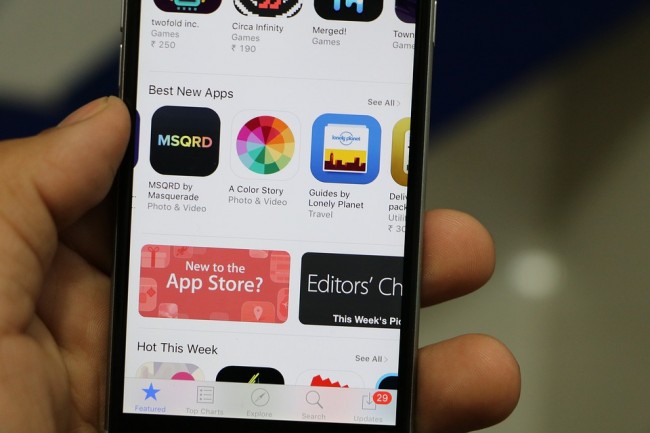 Apple has announced that they’ll be purging the app store of outdated releases soon, but it’s not yet clear what qualifies as “outdated,” since they didn’t specify. That means if you have any apps that you know haven’t been updated in a while, but they happen to be old favorites, you might want to go make sure that they’re downloaded onto your devices while they’re still available.

According to TechCrunch’s report, Apple says that they’ll be “implementing an ongoing process of evaluating apps, removing apps that no longer function as intended, don’t follow current review guidelines, or are outdated.” There are now 2.1 million apps available in the App Store, and of course, there’s just no way that all of them work right. Many of them could be out of date, buggy beyond belief, or simply abandoned by their developers and unable to run on up-to-date iOS software.

A business intelligence firm called Adjust put together a graph for TechCrunch that shows how many apps have been abandoned by developers in the past year alone; Adjust estimates it’s 50%, which seems quite high. Adjust also found that a little over 25% of apps developed since 2013 haven’t received any updates at all in that time. Of course, if the apps still work fine, then they wouldn’t necessarily need to be updated, but iPhones have undergone a lot of changes in that time, so even if the apps still work, they could probably stand to make some changes to account for, say, the larger iPhone screens of the current day.

If you’re an app-maker yourself and you haven’t updated your app(s) in a while, now might be a good time to look them over—and to keep an eye on your email. Apple will be removing any app that crashes upon launch, but apps that simply haven’t been updated in a while will get an email sent to the developer requesting a touch-up. You’ll have to make that change within 30 days of receiving the email, or else your app will get removed from the store.

For users, this will hopefully translate into a less-crowded App Store that mostly contains apps that actually work as intended, as opposed to a graveyard of forgotten projects. I’m sure there will be a few false flags that get pulled offline in the process, though, so again—be sure to download your favorite apps, if they’re not already on your device, so that you have them handy before The Purge begins.

(via TechCrunch, image via Pixabay)