AOL Just Made a Billion Dollars Selling 800 Patents to Microsoft 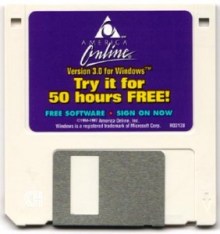 AOL CEO Tim Armstrong has announced in a memo that the dial-up provider come media giant has sold off 800 of its patents to Microsoft for $1.056 billion. The cash deal comes as AOL faces pressure from investors to make good on their promises of a rebirth for the company. Considering that a hefty chunk of that cool billion will be distributed to shareholders, the deal is sure to placate hard feelings for now.

According to Armstrong’s announcement, AOL will be retaining 300 patents mostly related to search, advertising, content management, streaming, and so on. It’s worth noting that these are particularly relevant to AOL’s new role as a content hub. While many large tech companies are using intellectual property as a means to not only defend their business model, but to take down competition, the retention of key patents is a sign that AOL isn’t throwing in all the towels. Just a few of them.

Additionally, AOL has struck a deal with Microsoft wherein it will retain a perpetual license to the technologies named in the patents. Sort of like a no-tag-back rule which protects AOL from potential future infringement prosecution.

Given the hundreds of patents that remain, it’s unlikely that we’ll see many changes in AOL. The move seems to be as much a cash-grab as a reminder to the rest of the world that though AOL may not be the powerhouse it once was, it still deals in ludicrously large numbers.

The sale was announced by Armstrong in a memo to employees. From TechCrunch:

As we continue to execute on our strategy of building premium brands, services, and advertising into world-class businesses, we also continue to unlock value in our assets that make the company stronger and show meaningful gains for AOL employees and shareholders. Today, I’m excited to share that we achieved another critical milestone in our growth trajectory.

This morning, we announced that we’ve agreed to sell 800 of our patents and their related applications to Microsoft for $1.056 billion in cash. Most importantly, for the future growth trajectory and innovation for our business, we will continue to hold a significant patent portfolio of over 300 patents and patent applications spanning core and strategic technologies, including advertising, search, content generation/management, social networking, mapping, multimedia/streaming and security among others. AOL also received a perpetual license to the patents being sold to Microsoft, which allows us to continue to innovate and drive strategic growth across all areas of our business.

This process of unlocking the value of our patent portfolio, that we began last fall, is a significant example of focusing our time and energy around strengthening our company’s balance sheet and unlocking value for our shareholders. Most importantly, this is another step forward for the comeback of AOL and allows us to remain laser-focused on our strategy and future growth. As always, we know that our growth will be driven by the successful execution against our strategy and we will continue to take aggressive steps to move the company forward.

Huge thanks to the teams that worked tirelessly during this intense process – their world-class effort resulted in a big win for our company. The AOL Board of Directors, Legal, Finance and Tax teams, and our outside advisors were super-stars. We are a partnership company and our team stayed together every step of the way and performed at the top of their game.

Additionally, we worked with a great Microsoft team on this deal – they were organized, professional and smart. When I spoke to Steve Ballmer over the weekend I commended him on his team and how great they were to work with in this process.

We will be holding a global employee call on Wednesday at 11am ET to talk about the news we have announced today in detail, as well as discuss our company goals for Q2, top box priorities and hear updates from our leadership team on progress we are already making in Q2. We’re already seeing strong momentum this quarter on our focus areas. Details for the call will be posted to the Inside, and please bring your questions as we’ll have time for Q&A.

Time to get back to the core business – delighting consumers and customers. We are starting Q2 off with a major win. Let’s keep it going and nail all of our Q2 goals – looking forward to reviewing with all of you on Wednesday on our global call.