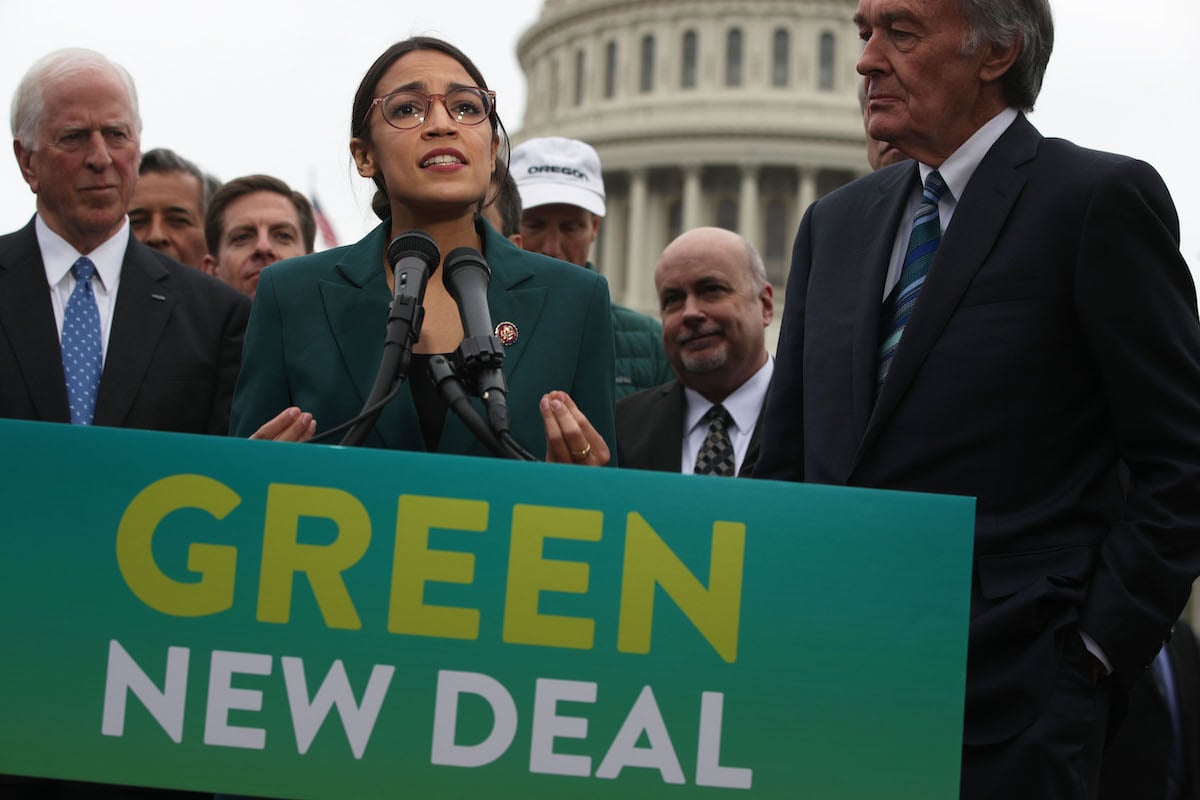 New York Congresswoman Alexandria Ocasio-Cortez and Massachusetts Senator Ed Markey released a blueprint Thursday for an ambitious Green New Deal which, until now, had been a high-profile concept, but one without any real plan behind it.

You may have heard Nancy Pelosi’s fairly dismissive comments about the deal, recently calling it one “suggestion” of many that her newly assembled climate change panel would receive. “The green dream or whatever they call it,” she said this week. “Nobody knows what it is but they’re for it right?”

Well, now they know what it is. The deal is not legislation, but an outline of a bold plan designed to address a recent UN climate report’s prediction that we have only 12 years to achieve net-zero greenhouse gas emissions to avoid a catastrophic 1.5-degree Celsius global temperature increase. Lawmakers and analysts seem to be divided into two groups: those who think it’s totally impractical to change our entire global energy infrastructure in barely a decade, and those who think it’s impractical not to.

As David Roberts at Vox notes, the Green New Deal–Democrats’ first big climate change plan since 2009–has to do a lot of things at once.

It’s worth noting just what a high-wire act the authors of this resolution are attempting. It has to offer enough specifics to give it real shape and ambition, without overprescribing solutions or prejudging differences over secondary questions. It has to please a diverse range of interest groups, from environmental justice to labor to climate, without alienating any of them. It has to stand up to intense scrutiny (much of it sure to be bad faith), with lots of people gunning for it from both the right and center.

And, of course, it eventually has to give birth to real legislation.

The plan (which you can read in full here–it’s not too lengthy) lays out the crisis stated by the UN report and the dangers of not complying with an overhaul of our greenhouse gas emissions. It recognizes that this is “a national, social, industrial, and economic mobilization on a scale not seen since World War II and the New Deal,” but frames that not as a burden, but as a “historic opportunity,” not only to stop environmental devastation, but economic devastation as well. Dramatic job growth is a core component of the plan as laid out. Tackling systemic environmental injustices is another, as ‘‘frontline and vulnerable communities’’–immigrants, POC, depopulated rural areas, the poor, etc,–are disproportionately affected by environmental issues.

The Green New Deal is extremely large in scope and leaves plenty of room for the long road of debate and legislation crafting ahead. It’s a list of goals and projects to be tackled rather than a full how-to. It’s a list of priorities, of both the projects themselves (building resiliency against climate change-related disasters, repairing and upgrading infrastructure, investing in clean energy manufacturing, etc.) and of the standards by which they will be achieved (“through transparent and inclusive consultation, collaboration, and partnership with frontline and vulnerable communities, labor unions, worker cooperatives, civil society groups, academia, and businesses,” for one thing).

It is big, and it is ambitious. But that doesn’t make it impossible. In an interview with MSNBC, Ocasio-Cortez lays out why big and ambitious is the only way to go from here out. This quote is specifically about health care, but it totally applies to other issues, including our view of climate change.

The Green New Deal is a big proposal, but it’s not the only idea on the table. Hopefully, with our new Democrat-led Congress, it will be one of many in the coming years.

ICYMI: My first bill aligns with principles set out in the #GreenNewDeal ⬇️ https://t.co/7TuGz2dN7m

Still, given the importance of climate change in the eyes of young voters and voters of color, it seems extremely likely that the boldly progressive Green New Deal will be at the center of climate change discussion for the foreseeable future, and a possible litmus test for candidates in 2020.