Tom Felton & Emma Watson Suddenly Hanging Out After AO3 Wins a Hugo? Coincidence? I Think Not 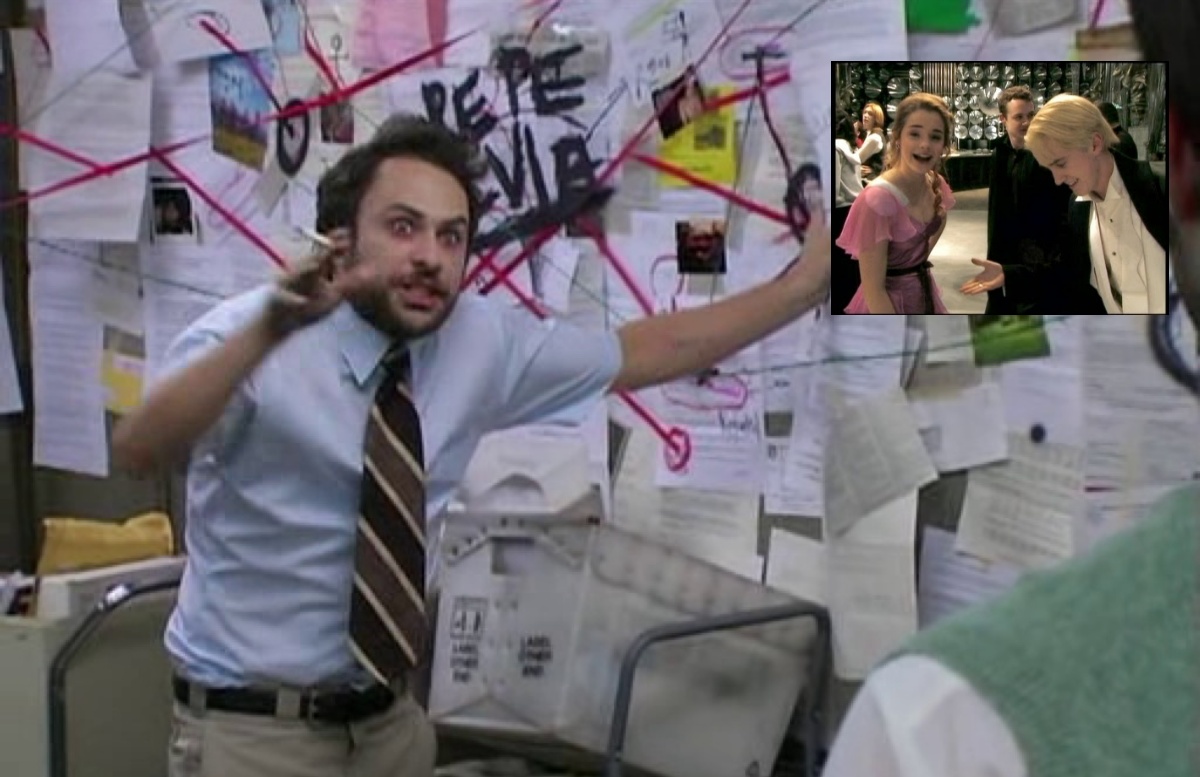 Yesterday, as we were collectively enjoying the news that fanfiction site Archive of Our Own, or “AO3,” won a Hugo, validating and reaffirming something many of us already knew—that fanfiction is art, and work—something else happened that proved the power of fanfiction. Draco Malfoy himself, Tom Felton, posted a picture of him giving guitar lessons to Emma Watson in South Africa, with Watson wearing matching pajamas, which is very on-brand.

For all of us trash Draco/Hermione shippers, it was a moment of fandom synergy.

Now, don’t get it twisted. I don’t ship Tom Felton and Emma Watson together in real life, because they’re two people, just like us, with lives and all sorts of things, but the optics of it have my 14-year-old self (and, let’s be real, my 27-year-old self) giggling.

And I’m not the only one.

All my Dramione feels are coming back… 😍

Who’s going to break the news to Ron? pic.twitter.com/wrBOlyOb9J

While highly problematic in many ways, the Draco Malfoy/Hermione Granger ship was really important to me growing up. Not only was it one of my earliest ships, but how I got into fanfiction as a way for me to enjoy certain storylines and character possibilities that couldn’t happen in the canon, but I thought would be really interesting. Draco Malfoy, in the books, was a git and grew up in a bigoted environment that was mostly unquestioned, but I remember reading Goblet of Fire, where it was noted that even Draco was gobsmacked by Hermione in her blue dress, and thinking, “What if?”

That “what if” is what makes fanfiction so powerful—the ability to play with characters and address situations that the canon itself is not often built to handle. I found that a lot of Dracomione fanfiction did take the time to address Draco’s bigotry and problematic behavior in a way that the text itself never got around to doing. In the canon, Draco just kind of fell into his redemption through a time skip and the fact that he was so sad about helping to murder people he barely respected. The desire to see the emotional consequences of his actions, to feel and work towards something better, was absent in canon but at the heart of fic.

All this to say, this small moment brought me back to a fanfiction wormhole that reminded me of the reason I loved reading those stories. They weren’t just about smut (although that was great, too), but about making the world of Harry Potter bigger, weirder, and more nuanced and complex. All good fanfiction does that.

So, yes, this was a small, silly moment that the fanfic gods bestowed upon on us, but I say we use it to talk about all the trash stuff we love, why it makes us feel good, and why we keep revisiting it. Let me know your beloved comfort fic down below.