The gun could help researchers study black holes by creating bursts of similar particles right in the lab. 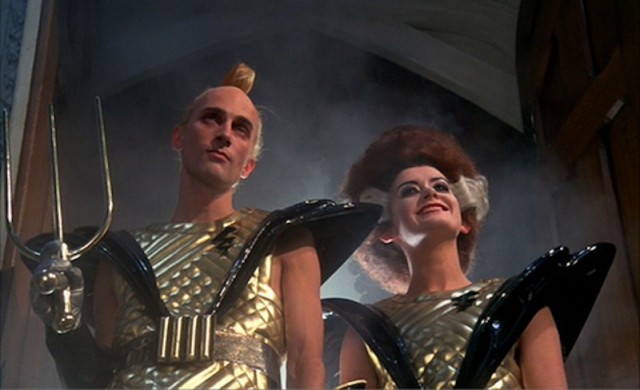 Those of you looking to begin a career in supervillainy will want to take note of this story — researchers working at the University of Michigan have succeeded in building an antimatter gun small enough that it can rest on a standard desktop. And, when it’s not resting , it can fire brief blasts of electrons and their antimatter counterpart, positrons. World leaders can sleep easy, though, despite the fact that desktop antimatter guns are now a thing that exist. Rather than bringing cities to their knees, the team of researchers behind the project want to use it to learn more about the strange physics of black holes, which emit bursts of positrons and electrons, albeit on a much grander scale than the University of Michigan antimatter gun.

Antimatter particles like positrons are famously difficult to produce in lab settings, requiring the use of enormous particle accelerators like those at CERN or high-energy lasers. That makes studying antimatter an expensive and time consuming prospect for scientists. The hope is this new smaller device will make it easier and more efficient for researchers to study antimatter.

According to a paper published on the subject in the journal Physical Review Letters, the heart of the antimatter gun is a petawatt laser that is fired at a sample of helium gas, knocking electrons out of the inert gas at a high rate of speed. The fast-moving particles are then directed into a sheet of metal foil, in which they collide with individual metal atoms. Those high-energy collisions result in a spray of electrons and positrons, which are separated by a magnet to make them easier to study. While each blast lasts just a fraction of a second, quadrillions of positrons are produced, resulting in a jet of antimatter researchers hope to use to learn more about similar antimatter eruptions seen in celestial bodies like black holes and pulsars.

While the ‘gun’ is currently too small to leave a metropolitan area cowering in fear, we would all do well to remember that world-shaking antimatter cannons that make your enemies rue the day they crossed you aren’t built in a day. At least we’re on the right track, now. For the moment, we’d just love to get one of these into the Geekosystem office. Not for any unwholesome purposes, you understand — the thing would just make a great conversation piece.