The antikythera mechanism is an enduring mystery 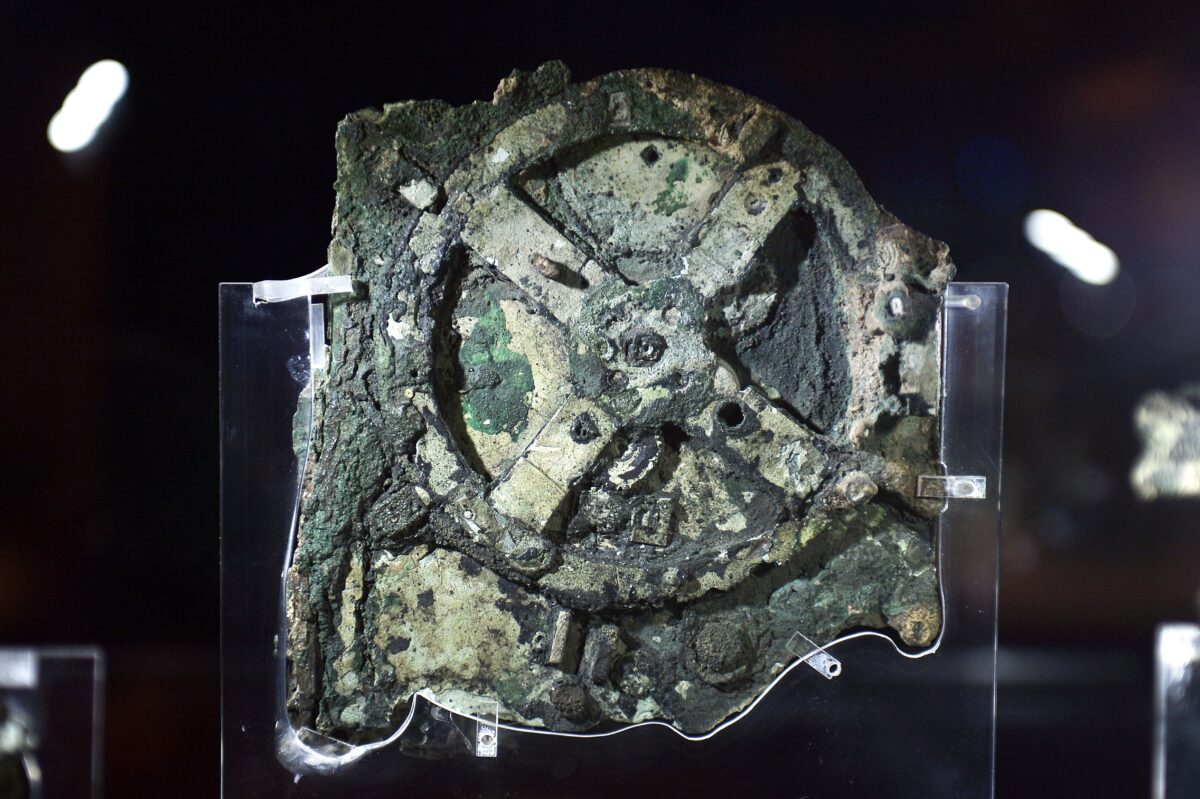 There are many mysteries from the ancient world. How did neolithic Britons construct Stonehenge? Who made the Nazca lines and how? And how did a 2,000-year-old “computer” work to predict the movements of the planets, sun, and stars? When it comes to that last one, researchers at the University College of London may have developed an answer.

The computer in question is an object known as the Antikythera Mechanism that was discovered in a shipwreck in the Aegean sea (near the island of, you guessed it, Antikythera)  in 1901. The mechanism has fascinated archeologists and historians ever since its discovery, and especially since it was able to be X-rayed. That’s because its display of technology and engineering precision is centuries, maybe even millennia, ahead of anything that scholars thought the Greeks of the era were capable of.

The Antikythera Mechanism is an orrery, which displays the movements of the heavens. It was housed in a wooden box but the mechanism itself is made of brass and bronze,  and it contains dozens of intricate, complex gears that allowed the user to predict the movements of celestial bodies. But no one was quite sure how it really functioned. Cue the researchers at UCL who have built what they believe is a working replica of the original mechanism.

Now, these aren’t the first researchers to attempt to reconstruct the Antikythera Mechanism, but they do think their version is the most accurate based on the fragments and information that we have. “We believe that our reconstruction fits all the evidence that scientists have gleaned from the extant remains to date,” Adam Wojcik, a materials scientist at UCL, told The Guardian.

These scholars had a very hard time recreating the machine, mainly because much of it was recovered in pieces (not shocking considering it was under the ocean for 2,000 years). With 80 plus fragments that researchers have been trying to piece together for decades, the folks at UCL had their work cut out for them.  But they had a mentor! Sort of. They “used inscriptions on the mechanism and a mathematical method described by the ancient Greek philosopher Parmenides, to work out new gear arrangements that would move the planets and other bodies in the correct way.”

While we may find out, or at least better understand how the Antikythera mechanism works thanks to this research, many mysteries still remain, like: what was this for? Was it a navigation tool? Was it used for astronomy? Timekeeping? Teaching? And perhaps most fascinating: why is this the only such relic we’ve found? If the ancients had this kind of technology, why isn’t there more of it in the archeological record?

We may never know, but this is certainly a great plotline for a time travel mystery if nothing else. And reconstructing an ancient computer? That’s just cool.

(via: The Guardian, image: LOUISA GOULIAMAKI/AFP via Getty Images)