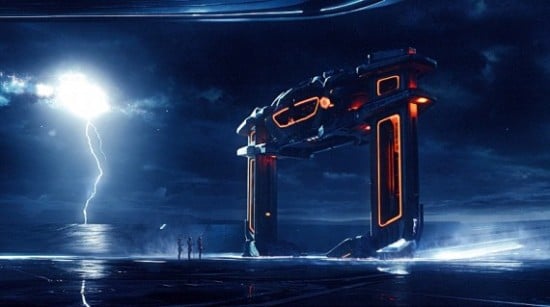 Disney has officially announced a long rumored animated series based on Tron, to debut in the summer of 2012, so, only a year and a half after the movie comes out.  But the news here really is not really the what.  It’s the who.  By the off-screen credits alone, Tron: Uprising will have Baconesque connections to Dexter’s Laboratory, Animaniacs, Ren & Stimpy, Batman: The Animated Series, Tiny Toons, and Lost.

And then there’s the cast.

Elijah Wood, for example, will be voicing the main character, who will be leading the series’ eponymous uprising.  Also on the list are Mandy Moore, Paul Reubens (veteran of Chowder and Batman: The Brave and the Bold, and voice of Lock in The Nightmare Before Christmas), and Bruce Boxleitner, reprising his infamous role as the voice of Tron.  Also on deck are Emmanuelle Chriqui, and Lance Henriksen.

With that kind of pedigree, Tron: Uprising could go far.  At least I hope it does; Sym-Bionic Titan has so far not lived up to my expectations.