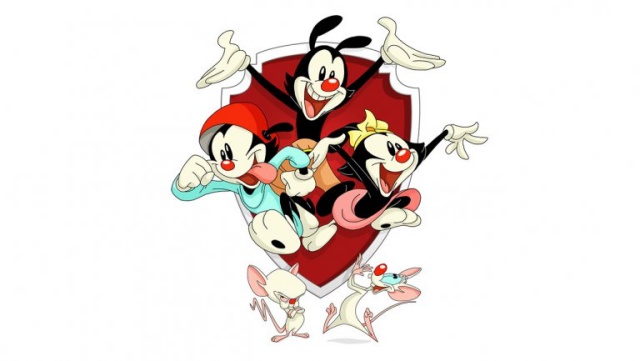 Nostalgia is really working overtime. Hulu announced yesterday that it would be bringing back one of the staple cartoons for children of the 90s: Animaniacs.

I freaking love Animaniacs. It has fun educational parts, was a little bit raunchy, and had a sharp wit that has made it rewatchable over the years.  Will it still work now? Of that, I’m not quite sure. Hey Arnold has a timelessness to it because it was always a very mature if surreal show. The kids even cursed from time to time on it and it wasn’t afraid to go places or talk about big issues like death or war.

Kids’ cartoons the past few years have been, on the whole, fantastic. Shows with great narrative arcs and character development, plus stories about diversity and queerness. Will this revival be adding something new to its already iconic storytelling comedy or will it just be a nostalgia ride for those of us who loved the show then?

The Hollywood Reporter stated that Steven Spielberg will executive produce alongside Warner Bros. Animation president Sam Register. Plus Pinky and the Brain will also return to the series, which good because if they weren’t I’d be very disappointed.

“I am so pleased and proud that Animaniacs will have a home at Hulu,” said Spielberg. “Together with Warner Bros., we look to bring new audiences and longtime fans into this wild world of Yakko, Wakko and Dot. I am also excited that the full library of Animaniacs and Tiny Toon Adventures episodes are included in the deal.”

Me too Spielberg! I for one am more than excited enough to have the old episodes on Hulu so I can rewatch all of my favorite sketches and musical numbers on screen again. I mean to see the glory of the Macadamia Nut in HD, thank you 2018.

What are the Animaniacs episodes you looking forward to rewatching?

And what other childhood favorite show will be getting a reboot? Histeria? Doug? Recess?

(via The Hollywood Reporter, image: Hulu)