Angela Lansbury Does Not Appreciate Your Reboot: Weighs In On New Murder, She Wrote Series 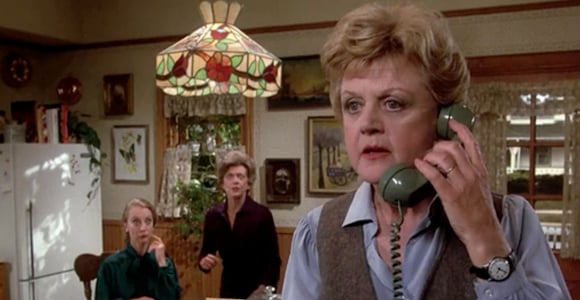 Not too long ago we reported on Oscar winner Octavia Spencer taking on the lead role for NBC’s Murder, She Wrote reboot. Now, original star Angela Lansbury has given her professional opinion. And well, let’s just say she has the same opinion on reboots as most of us.

The reboot has been described as “a light, contemporary procedural in the vein of Bones or Fargo,” in which Spencer’s character works at a hospital but has self-published a mystery novel. A location for the series wasn’t revealed but it seemed as if the basic premise of the show would stay the same and Spencer would be getting in on investigations.

Lots of folks were wondering what Lansbury thought of the project and Entertainment Weekly spoke with her to find out all the gritty details.

“I think it’s a mistake to call it Murder, She Wrote, because Murder, She Wrote will always be about a Cabot Cove and this wonderful little group of people who told those lovely stories and enjoyed a piece of that place, and also enjoyed Jessica Fletcher, who is a rare and very individual kind of person,” she told them. “So I’m sorry that they have to use the title Murder, She Wrote, even though they have access to it and it’s their right.”

Lansbury touches on what many of us think when reboot projects surface of our fan favorites. Why do they have to call it that? Can’t they just make something new entirely? The answer is of course, yes, but then they wouldn’t be able to capitalize on the name, which is what they’re banking on for success. But while Lansbury may be disappointed with the project as a whole, she doesn’t appear to hold any ill-will against Spencer.

“I saw her in `The Help’ and thought she was absolutely wonderful, a lovely actress,” she said. “So I wish her well, but I wish it wasn’t in Murder, She Wrote.”