Andrew Garfield Has No Idea How The Amazing Spider-Man Trilogy Was Supposed to End, So Don’t Ask Him 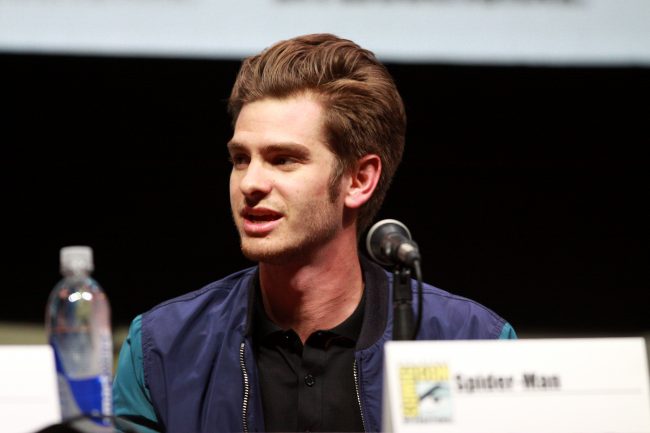 Andrew Garfield’s run at Spider-Man only lasted through The Amazing Spider-Man 1 and 2, and even though those movies only came out a few years ago, they already feel like a forgotten footnote in the shadow of all the Spider-Man: Homecoming news hype. Still, the few fans who did enjoy Andrew Garfield’s turn in the role might still be wondering about all the loose ends presented in the final act of Amazing Spider-Man 2, such as the mysterious villain who appears in the post-credits scene.

That villain’s name on IMDB is listed as Gustav Fiers, and he is originally from a Spider-Man novel–not even a comic book. Anyway, in his novel appearance, he orchestrated the Sinister Six, who were most likely going to team up and face off against our hero in The Amazing Spider-Man 3.

However, even Andrew Garfield has no idea if that was the actual plan for the third movie, because no one told him. Now we’ll never know, because that movie won’t ever get made. Garfield told CinemaBlend,

I don’t know that the filmmakers knew who the hell that guy was! [Laughs] I don’t know, actually. I actually don’t know. No. But the good news is that now none of us are ever going to find out, because that version of Spider-Man is no longer. Now we got Tom Holland, who I really think is going to do some beautiful stuff.

Since the filmmakers did manage to name the character on IMDB, they probably did know who he was supposed to be, but Andrew Garfield’s joke is a fair one to tell given how disorganized Amazing Spider-Man 2 felt. It’s unfortunate that, in spite of having lots of talented people on the creative team, the Amazing Spider-Man movies just couldn’t manage to find their way.

Luckily, Andrew Garfield continues to be a good sport about his attempt at the superhero franchise, and just last night donned the Spidey suit again for a quick sketch on Jimmy Kimmel.