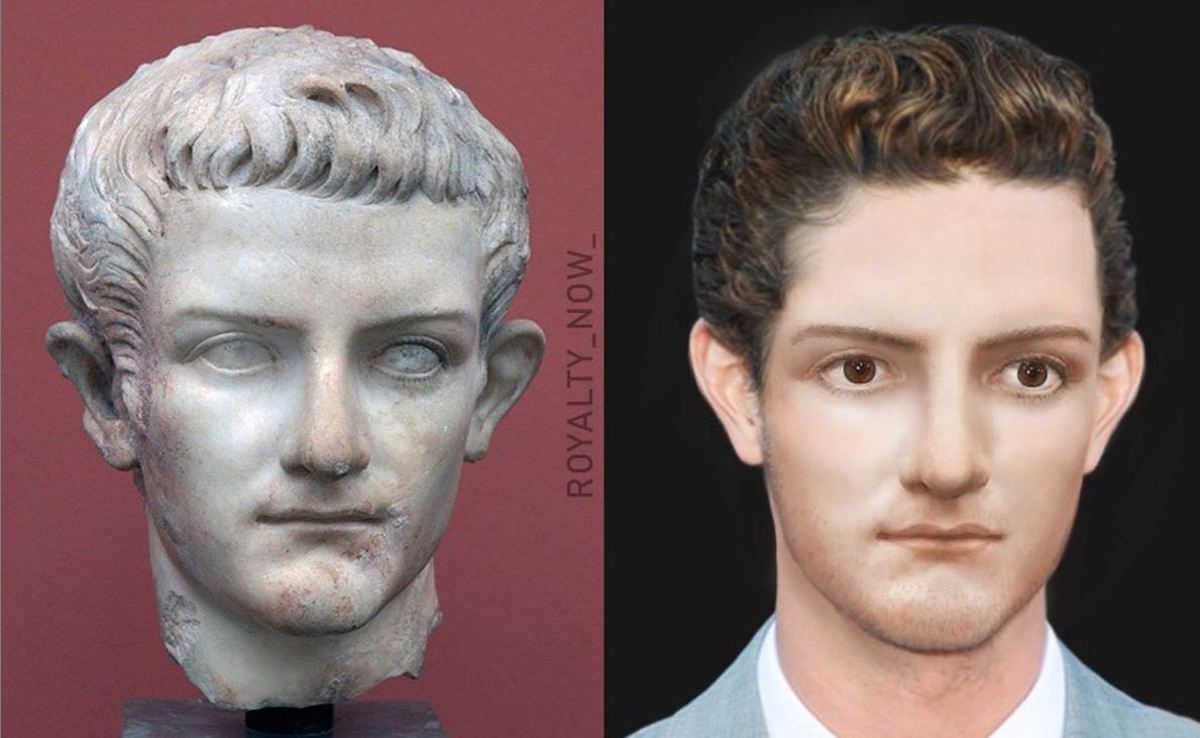 Bless BoingBoing, directory of wondrous things, for uncovering what is absolutely my new favorite thing. They highlight the Instagram account @royalty_now_, which is run by “graphic designer & history enthusiast” Becca Saladin.

Saladin uses old works of art and statuary as the base for a contemporary rendering of the subject, which she also bases on an existing picture. The result is a sort of fantastical blend that gives us a famous face we are used to seeing in old-school rendering a contemporary makeover.

Thus historical crowned heads like Julius Caesar, Caligula, Agrippina the Younger, Alexander the Great, Mary, Queen of Scots, Prince Albert of Saxe-Coburg, Empress Elisabeth of Austria, plus other figureheads out of history like Madame de Pompadour, Napoleon, Jane Austen, Benjamin Franklin, and the Mona Lisa, are looking like they just stepped out of a nearby salon.

I find that these can be rather disconcerting—people I’ve long gazed at in statue or oil paint form suddenly given flesh—but they’re also fascinating. There’s something very uncanny valley about seeing faces once confined to artistic representations as “real” people; the modern hair and clothes make these images all the more striking, and Saladin’s blending is seamless. I can’t stop looking at them.

Let us gaze upon a few more of Saladin’s creations, and be sure to follow her on Instagram for more—new pieces made out of history are still emerging.

The Other Queen Mary

It is a truth universally acknowledged that Jane Austen looks fantastic with her hair down.

As a casual royal-watcher more interested in those from the past than our current crop, this whole account feels like a treat. Which pictures jumped out for you? Do you have a historical fave you’d love to see Saladin work her magic on?