An Open Letter to the Gentleman Who Doesn’t Care About Women Gamers: The Argument By Finance | The Mary Sue

An Open Letter to the Gentleman Who Doesn’t Care About Women Gamers: The Argument By Finance 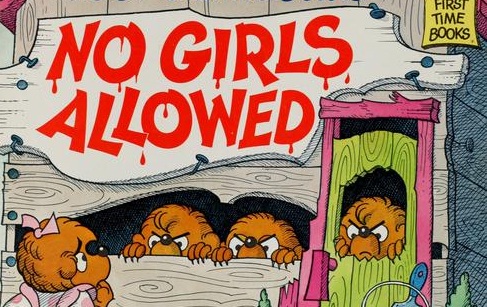 You and I both read the same article the other day, the one that claimed the gaming industry wasn’t doing enough to bring in more women. I did not comment on the article, but you did, and your words caught my eye. In case you’ve forgotten the lengthy comment I’m referring to, let me refresh your memory. You didn’t see why you should care about women in gaming. In fact, you said that outright. “Why should I care?” You claimed to be happy with gaming as-is, and since you didn’t know any girls who were even remotely interested in trying it out for themselves, you didn’t see why you should waste any energy worrying about such things.

I’m going to be honest with you, Herbert – may I call you Herbert? I’m not going to include your username or link to your comment, because that wouldn’t be very nice of me, but I’ve got to call you something. Anyway, Herbert, I was pretty irked. As a woman gamer, the thing you’re so apathetic towards is something I’m pretty passionate about. I spent awhile grumbling at you in my head about stuff like fair representation and positive role-models and breaking stereotypes, before realizing that my approach had a fatal flaw. That’s stuff I care about because it directly affects me. That doesn’t affect you at all, does it? If you truly have no female friends who are into gaming, and the concerns of strangers don’t bother you, and you’re perfectly content as you are, then I guess you’re asking an oddly reasonable question. Why should you care?

My first inclination would be to ask you to imagine that you have made friends with a girl who has expressed an interest in trying out this hobby of yours. What game would you play with her? Would you frown over the titles in your collection, trying to find something that wouldn’t make a bad impression on her? Would you see the playable characters in a whole new light?

Or better yet, I could ask you to imagine that you have a daughter (maybe you already do, though I kind of doubt it). Presumably, as a parent, you’d like to share your favorite activities with your progeny. Which games of yours would you be comfortable with handing over to her? Are you going to be okay with the armor sets she has to wear? Are you savvy enough to avoid the dearth of loathsome “games for girls” that are going to be marketed towards her? We’re talking about things like Lady Popular, Herbert. I know, right? The horror. Is that the kind of message you want to be imprinting on your daughter? Or conversely, if you have a son, are you okay with what most mainstream games would be teaching him about women?

But that isn’t a winning argument either, is it? It’s merely a hypothetical scenario, and it’s got a lot of variables. You might never meet a woman who wants to game. You might never have kids. Maybe you’re fine with your daughter playing games that are only notable for being pinker than a blushing womb, or with your son learning that women are good for needing rescuing and displaying cleavage. So again, we come to the question: why should you care?

Since you spend time reading industry news, I can tell that you care a lot about gaming. This isn’t just an idle past-time for you. I’m going to assume that if you love gaming that much, you believe that video games are a form of art. Okay, then, my next approach would be to appeal to you from a position of cultural relevancy. I bet that witnessing the rapid evolution of a new form of storytelling excites you just as much as it does me. We geeks aren’t the only ones who have noticed the societal impact of games. Next year, the Smithsonian American Art Museum will have a six-month exhibition called The Art of Video Games. Heck, even the Supreme Court ruled that video games were a form of artistic expression protected by the First Amendment.

Given that, don’t you find it weird that we have a storytelling medium that often ignores or misrepresents half of our entire species? Wouldn’t you agree that fleshing out all of the characters in a game can only result in a better story, and therefore a better gameplay experience? I’m not saying we should have some sort of Fahrenheit 451 reality in which we only have stories that don’t offend anyone. I’m just saying that right now, games tend to represent a very narrow view of the human condition. Don’t you think they’re capable of so much more? Wouldn’t it be exciting to expand our horizons, to properly make our cultural mark?

But no, you have me there, too. Your comment made it clear that you’re satisfied with today’s game content. Correct me if I’m wrong, but you seem to only care about games as they directly affect you. Not women, not society. Just you. This leads me to conclude that you’re a solitarian, a human island. Every man for himself, huh? Well, I may not agree with you there, but maybe that’s just how you roll. In that case, screw all that hippie stuff about hypothetical daughters and cultural responsibility. Let’s talk consumer products, bro.

There’s one thing you and I agree on, Herbert – gamers never had it so good. I may have issues with some of the narrative and artistic choices within games, but when I look at all the gameplay options out there, I feel like a kid in a candy store. I don’t want that to change, either. Gaming is awesome right now.

…but it won’t last forever.