Our First Look at Amy Acker As Agent Coulson’s Cellist 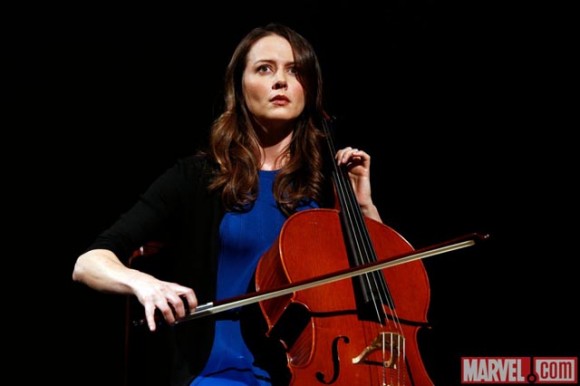 And she looks… pretty unhappy about the situation she’s in at the moment this picture was shot. At the moment, Amy Acker is set to appear in only one episode, so far. Acker says, “The way that it ends in this episode, it seems like there’s a glimmer of hope that they may be together again,” but it’s a big step between that an actual recurring character role. But speaking of recurring characters, we’ve got a preview of Deathlok’s return in this upcoming week’s episode for you just below:

(via Marvel.com and ScifiNow.)