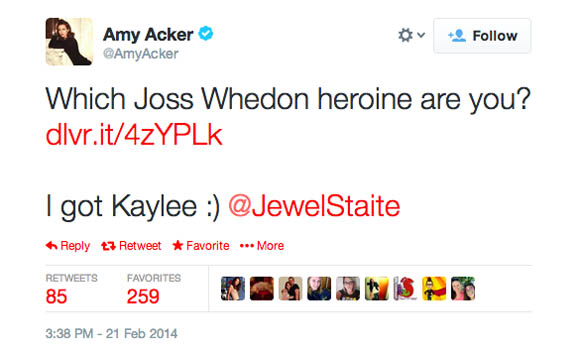 Amy Acker first landed a Joss Whedon role in the Angel television series where she played Fred/Illyria. She’s gone on to feature in a few more of his projects (Dollhouse/Much Ado About Nothing). BuzzFeed, as you may already know, is known for their ever-growing number of quizzes which are meant to place you in a certain personality category (or something even more vague). Acker decided to take one of these quizzes, “Which Joss Whedon Heroine Are You?” and got an unexpected result – Firefly’s Kaylee.

For the record, I got Cordelia.