Americans Are Depressed and Having Less Sex | The Mary Sue

To the Surprise of No One, Americans Are More Depressed and Having Less Sex 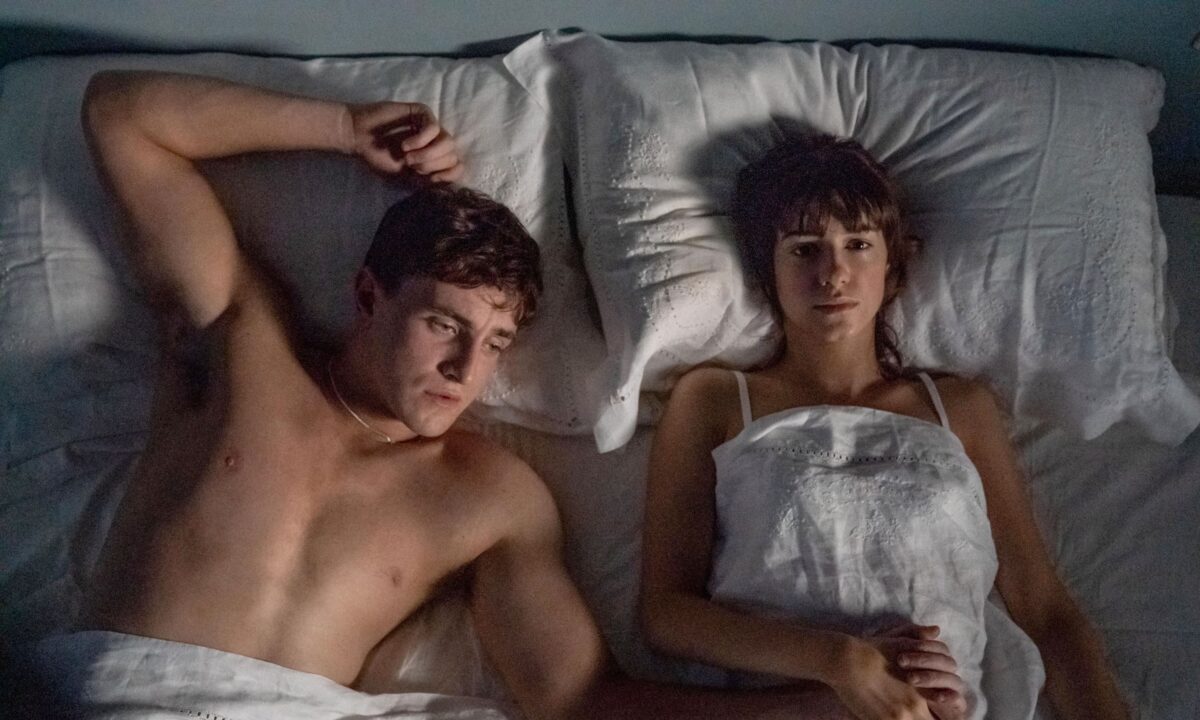 Despite the best efforts of Hulu’s Normal People and whatever Netflix’s 365 Dni is, 2020 will go down as one of the most stressful, depressing, and un-sexiest years in recent memory.

And with good reason. With over 115,000 dead from COVID-19 in this country, we’re expected to go back to work and resume life as normal as the pandemic rages on. We’re currently in the midst of a worldwide protest against police brutality and violence against Black people. And Americans are now entering our fourth year of Trump as president, which has kicked off a relentlessly bleak news cycle that has been slowly wearing us down.

According to a COVID Response Tracking Study, conducted by NORC at the University of Chicago, Americans are more unhappy today than they’ve been in the last 50 years. The study finds that only 14% of Americans say they “very happy,” down from 31% who said so in 2018. 50% say that they’ve often or sometimes felt isolated in recent weeks, which is nearly double from the 23% who said the same in 2018.

And as wealth inequality grows and the economic depression continues, only 42% of Americans believe that their children’s standard of living will be better than their own.

And that hopelessness extends to the bedroom. According to a study in the Journal of the American Medical Association, data collected between 2000 and 2018 reveal that “approximately one in three men aged 18 to 24 years reported no sexual activity in the past year. Sexual activity also decreased among men and women aged 25 to 34.”

But is there a connection between the rise in depression and dip in sexual activity? We know that stress and depression can be a libido killer, but let’s dig a little deeper. According to Dr. Jean M. Twenge, a professor of psychology at San Diego State University, “It is more difficult to date and engage in sexual activity when not economically independent of one’s parents.”

Twenge is basically saying what we all know to be true: no one wants to have sex with someone still living in their mother’s basement, or while they themselves are living in their mother’s basement. In response to limited economic opportunities and a stagnant job market, people are staying at home longer. This extended adolescence can be tough on our self-esteem, especially when our parents and grandparents were already owning homes and starting families at the same age.

Adding to this already unsexy situation is the rise of social media and internet culture. Whether they are scrolling through Instagram, streaming Netflix, or lost in Animal Crossing: New Horizons, more folks are staying home, and that was the case even before quarantine.

And for most people, the lack of physical intimacy means that we’re missing out on a natural mood lifter. Sex releases feel-good hormones like endorphins and oxytocin, which help relieve stress and depression.

All of this isn’t news to anyone paying attention to our country right now. But it’s important to remember that sexual pleasure (alone or with someone) can be important part of self-care.