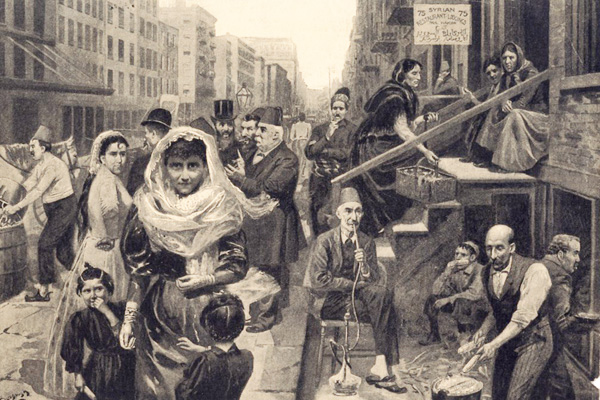 Arabs in the United States occupy an odd state of liminality. They are undeniably a minority group, and yet are officially classified by the US Census as white. Because they tend to be associated with Islam, they are often the subject of news coverage and panels, making them incredibly visible—and yet, the space they occupy in pop culture is nearly nonexistent unless it relates to terrorism.

Jack Shaheen’s book Reel Bad Arabs, later adopted into a documentary of the same name, tackled Hollywood’s vilification of Arab characters, which has existed since the silent film era. Arabs are barbaric savages, Arabs are greedy sheikhs, Arabs are exotic bellydancers, Arabs are terrorists. These insidious stereotypes come up again and again in films.

But what about television? While there is no shortage of harmful Arab stereotypes to be found in one-episode characters, there are also very few Arabs represented in general. Television is a completely different medium from film; it gives the chance to build and develop characters and lengthy narratives in a way that film does not. It offers chances to humanize characters by delving deeply into their backgrounds and personalities. And yet, American television sees a disappointing dearth of Arab characters in significant roles. In fact, to date, there have arguably only been four, spread across three series.

Each of these characters is revolutionary in their own way. None of them are perfectly crafted, and none of them are necessarily perfect representations. However, they offer representation for a community that is often erased in pop culture despite its hypervisibility in news media. 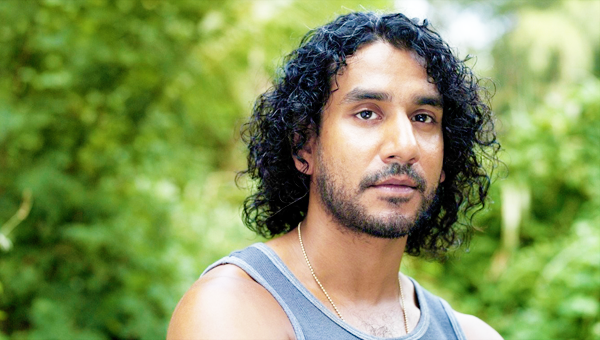 Sayid Jarrah, played by South Asian actor Naveen Andrews, is an Iraqi who finds himself stranded on an island with other survivors after a plane crash. In the first few episodes, Sayid deals with intense bigotry from another one of the (white) survivors, but he also makes himself indispensable by revealing his mechanical skills. Later, we discover that Sayid was in Iraq’s Special Republican Guard, serving as a mechanic and later an interrogator who decided to change his path when was forced to torture his childhood friend Nadia.

Sayid has the dubious distinction of being the first character of Arab descent to have a main role on an American television show. Sayid is an absolutely central character, appearing in nearly every episode. His backstory is given as much depth as the other characters’, and his Arab-ness is never denied. He is as richly layered as the rest of his crash-mates: kind but reserved, intelligent and conflicted. He is, undoubtedly, one of the “good guys.”

Despite this, Sayid’s storyline is still central to terrorism. He was an interrogator in the army. He worked with the CIA to infiltrate a terrorist cell in Australia. His entire backstory revolves around war and violence. Despite Sayid’s positive portrayal and much-needed representation, this reliance on terrorism-adjacent storylines for Arab characters encourages an association of Arab/brown bodies with terrorist acts. This makes it seem as though Arabs have no lives outside the context of terrorism, whether they are fighting against it or engaging in it. It cements the association of an entire group of people with a single topic, thereby discouraging interpretations of Arabs as normal, or “average Joes.” 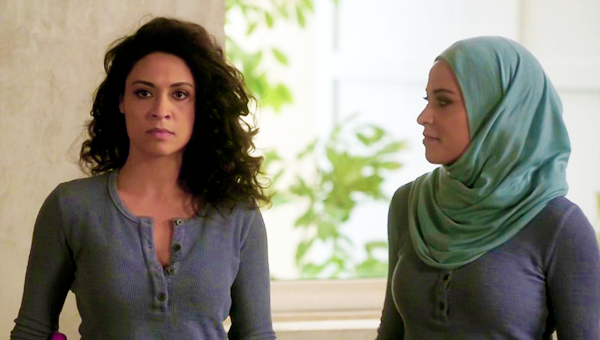 Identical twins Raina and Nima suffer from the same terrorism-adjacent plotlines that Sayid does. They are both FBI agents in training, and later full-fledged agents. The entire first season of Quantico revolves around a terrorist attack on Grand Central Station and the search for the culprit, interspersed with flashbacks to agents’ time at the Academy that fleshes them out. Later, the twins are seen infiltrating an Arab terrorist cell.

Quantico is a revolutionary show with revolutionary characters in many ways: An Indian-American woman plays the lead. Shelby, a white woman, is shown speaking Arabic with her Saudi half-sister. Raina Amin wears a hijab. Nima Amin berates former IDF soldier Simon Asher over Israel’s violence in Palestine (a scene I couldn’t believe I was watching on American television). However, it is also fraught with problems. Though Quantico attempts to deal with issues of racism, profiling, and discrimination, it does not often offer a successful follow-through, and is plagued by its own internal issues navigating identities and privileges.

When it comes to Raina and Nima, opinions, including my own, are divided. Raina and Nima, the first and only Arab-American women in a main role on American television, are played by Palestinian-Egyptian actress Yasmine Al Massri (a rare instance of an Arab character actually being played by an Arab actor rather than a generic “Muslim looking” person). They are two distinct people. Nima is a tough, abrasive go-getter who has no problems wiping the floor with someone. Raina, who wears a hijab and is the more religious of the sisters, is sweeter, quieter, and more tentative, but can still hold her own. This humanizing portrayal of the twins is a boon for Quantico.

However, there are other issues that are more contentious. For example, the sisters once have an argument about whether they should leave the FBI academy and return home to Dearborn. Nima exclaims she has no desire to go back to cooking and cleaning for her patriarchal family. That Quantico took its only Arab characters and chose to have them comment on the patriarchy of Arab men is falling back on the tired stereotype that patriarchy is inherently embedded in Arab culture. While patriarchal men are no doubt an issue in the Arab world, patriarchy is by no means unique to Arabs, nor are Arabs uniquely patriarchal. This may not have been a glaring issue if Quantico featured another Arab character whose family was more egalitarian, or if there were more Arab characters on television in general. As it is, Raina and Nima are the only Arab women in main roles, and they carry the heavy weight of thousands of expectations on their shoulders. They are expected to be everything for everyone, but of course, this is impossible.

This issue comes up again when Raina, who is attracted to Simon, suddenly decides to take off her hijab to become more intimate with him, a scene which had every hijab-wearing woman I know facepalming with both hands and screaming, “That is NOT how the hijab works!” It was an extremely odd scene, betraying either ignorance on the writers’ part or an attempt at nuanced representation that failed spectacularly. It’s true, every woman has her own relationship with the hijab, and it would be inaccurate to say that no hijab-wearing person would ever remove their hijab when with someone they consider themselves in love with, but Quantico is neither the appropriate time or place to delve into these issues, especially when they are given zero context or follow-up.

Despite all of this, it is incredibly gratifying to finally see Arab-American women on television, and to hear Arabic that isn’t being mangled by a non-Arabic speaker. 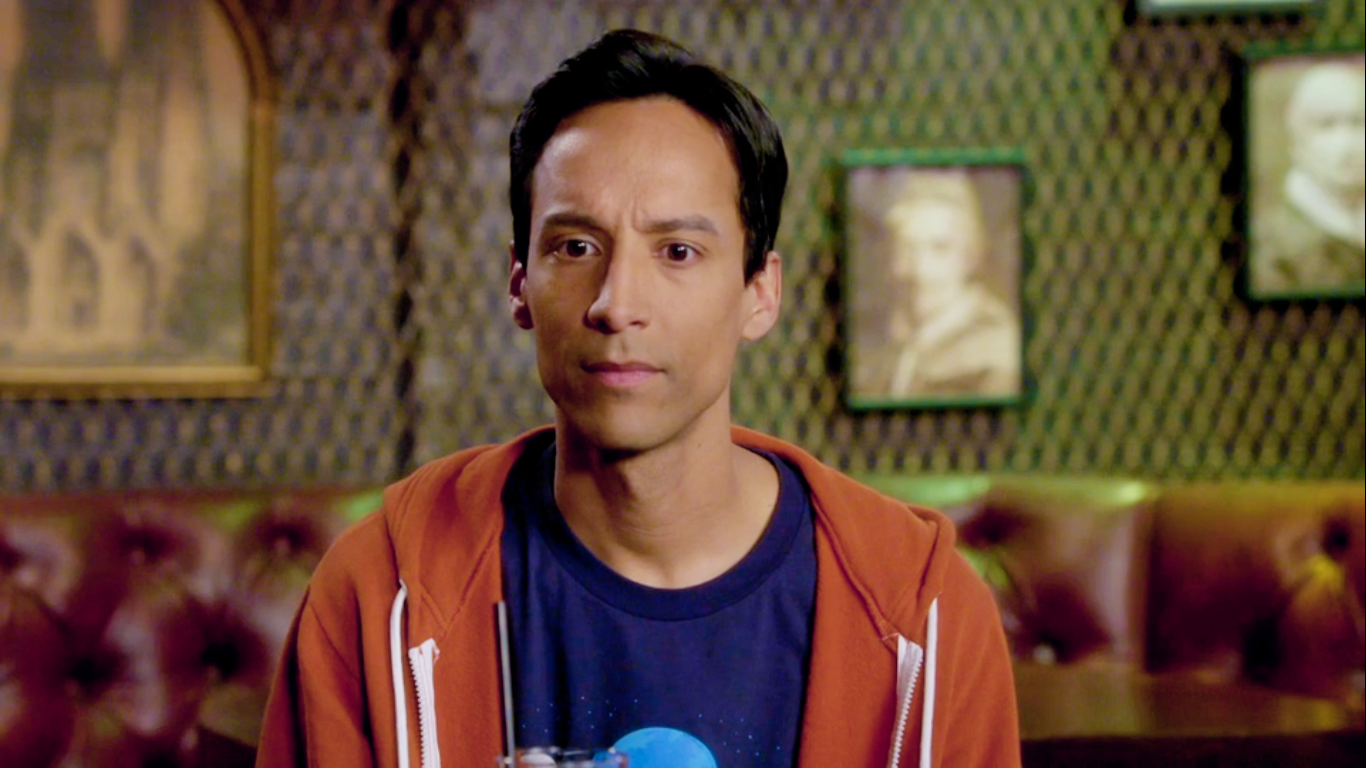 Abed Nadir is arguably the most revolutionary character of them all. Played by half-South Asian actor Danny Pudi, Abed is a community college student with an ambiguous psychological condition that makes it difficult for him to relate to people. His relationship with his Palestinian father is complicated. Abed’s Polish mother left when Abed was young; it is hinted this is because she could not deal with Abed’s neurodivergence. Abed assumes his father blames him for his mother’s departure, and so, to cope, Abed begins rabidly consuming American pop culture.

In one heartwarming episode, Abed argues with his father about his ultimate goals in life. His father wants him to take over the family falafel business, while Abed wants to make films. After viewing a short film made by Abed, father and son come to an understanding, and their relationship is strengthened for it. It is also a surprisingly poignant observation on the immigrant experience.

Throughout the rest of the series, Abed’s shenanigans have nothing at all to do with terrorism. Though his Arab heritage is highlighted, it is only contextual to Abed’s character rather than central to his presence on the show. He’s a community college student who’s into pop culture and is a little different from most people. He just happens to be Arab.

American television needs more Arab representation, and it needs more Arab representation that has nothing to do with terrorism. There are still plenty of Americans who fear and distrust Arabs, or who have never met an Arab in their life. Having Arab characters on television helps to break down barriers and to show that Arabs are not enigmas, but regular people with their own complex backgrounds.

Did I forget about any major Arab characters (Tyrant doesn’t count)? What do you think of the ones on this list? Let me know in the comments!

featured image via Museum of the City of New York, Print Archives

Hadeer Elsbai is an aspiring writer who tries her best to exist on Twitter.  When she’s not watching TV, she’s probably writing about it on her blog, She of the Evening TV, or working on one of her many fantasy novels-in-progress.