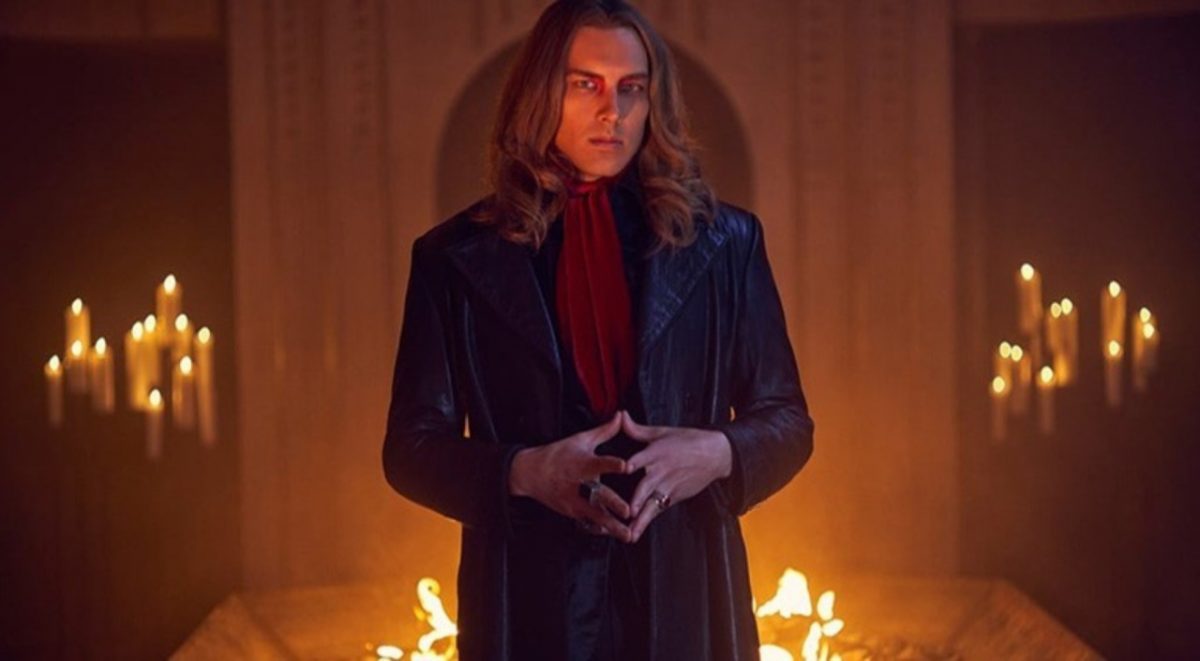 SPOILER ALERT: This discusses plot point from all seasons of AHS, including Apocalypse.

Nobody does a Halloween episode quite like American Horror Story. Ryan Murphy’s paean to all things horror has made an event out of their yearly Halloween episodes, as befits a television series centered on all things spooky. Halloween plays such a big role in the franchise that it is frequently spread out over two episodes, to make the most of the scary celebration.

As I’ve mentioned before, my favorite aspect of the AHS is its willingness to blast through plot points at the speed of light to cram as much supernatural nonsense as possible into its runtime. The Halloween episodes kick that instinct into overdrive, giving us the most over the top episodes in the show’s history. Let’s take a look back at AHS‘s Halloween history with our definitive rankings from worst to best.

First off, props to Ryan Murphy for an entire season of television devoted to torturing a Jill Stein voter (I see what you did there, boo). But Cult quickly spun out of control, and not in the fun bonkers way AHS usually does. Maybe it was too soon for a season taking on Trumpism, or maybe it was Evan Peter’s cult leader Kai, a character so distasteful you wonder how anyone would be seduced by him in the first place, but this season just lacked the fun of previous seasons. It also lacked a de facto Halloween episode, with “Drink the Kool-Aid” coming sort of close with a trip down memory lane of previous cult leaders. Hard pass.

The entire season of Roanoke felt disjointed and off its game, choosing to play with reality TV and show-within-a-show tropes and losing focus (which is saying a lot, because focus isn’t exactly AHS‘s strong suit). The episode features the cast of My Roanoke Nightmare returning for a sequel during the Blood Moon. There’s ritualistic slaughter, a man with a pighead, and Kathy Bates wielding a meat cleaver, but the episode never coalesces into a cogent storyline. Sorry Roanoke, you just didn’t get it together.

As the first season sans the incomparable Jessica Lange, Hotel struggles with focus and consistency. While Lady Gaga gives a camped up performance as the Countess, the Halloween episode barely focuses on her, choosing instead to celebrate October 30th, or Devil’s Night, with a serial killer dinner party hosted by H.H. Holmes stand-in James Patrick March (Evan Peters, doing the most with his 1940’s voice). We get to see AHS regulars trotting out their best impressions of Richard Ramirez, John Wayne Gacy, Jeffrey Dahmer, the Zodiac Killer, and Aileen Wuornos. While the concept is fun, this goofy episode ultimately lacks the coherence and heart to truly make an impression.

You’ve got to hand it to AHS: no other series would end their third episode by killing off the entire cast. A poisoned apple-bobbing at the Halloween masquerade wipes out all the residents of the fallout shelter, in Venable’s (Sarah Paulson) attempt to make her way to the sanctuary outpost. The antichrist Michael orders robot Kathy bates (I know) to kill her, and just when the show has cleared the decks, we get the triumphant return of the witches from Coven, as Myrtle, Cordelia and Madison descend on the outpost. We even get a “surprise bitch!” callback, which means a glorious return to camp form after the past two seasons of straight up dreariness. Welcome back, AHS.

While Asylum is one of the best seasons AHS has ever produced, its Halloween episode is less focused on the holiday itself (which barely gets a mention) and focuses more on the screwed up dynamics of the Briarcliff asylum. As the second episode of the season, Tricks and Treats still has a lot of narrative ground to cover, but we get Sister Jude’s (Jessica Lange) boozy backstory as a lounge singer who runs over a girl while drunk driving, the exorcism of a demon who possesses Sister Mary Eunice (Lily Rabe, another AHS allstar), and the introduction of Chloe Sevigny and Zachary Quinto. Disturbing? Yes. Halloweeny? Not so much.

While Freak Show was an uneven season of AHS, it really came to play with it’s Halloween two-parter. The episodes introduce the legend of Victorian gentleman Edward Mordrake (Wes Bentley) who was born with an evil face on the back of his head. Driven made by the face, Mordrake escaped to a freak show where he murdered everyone and hanged himself. Now, carnies don’t perform on Halloween for fear that Mordrake will come and steal their souls. Mordrake does come, looking for the most wretched soul in the camp, and we get several of the carnie’s backstories (each one more gruesome than the next) before Mordrake finally hears the tale of Twisty the Clown. Mordrake kills Twisty and brings his soul into the traveling band of ghosts, bringing an end to one of AHS’s most disturbing villains. The episodes are packed with dark mythology and haunting backstories, revealing the darkness of the freak show. It ends up as one of the strongest two-parters the series has ever done.

I may be biased here, as Coven is my favorite season of AHS (don’t @ me) but their Halloween two-parter is the stuff of AHS legend. We’ve got a minotaur attack, a creepy butler having a tea party with dolls and dead bodies, flashbacks to the 70’s witches, and a zombie attack on the school courtesy of Angela Bassett’s scenery-chewing Marie Laveau. And that’s just the first episode. The second part gives us Madame LaLaurie’s Halloween of horrors party (those eyeballs aren’t peeled grapes), Zoe (Taissa Farmiga) wielding a chainsaw against zombies like the Final Girl she is, and Myrtle Snow (Frances Conroy) screaming “Balenciaga!” before being burnt at the stake. It’s a completely batshit double header that is AHS at its finest.

The first season of American Horror Story hits the ground running with a two-part episode. Based on the premise that Halloween is the one night of the year that the dead can walk freely, the Harmon’s home quickly becomes filled to the brim with ghosts: Zachary Quinto and Teddy Sears show up as former tenants/lovers who get murdered, but not before bringing the notorious rubber man suit into the house. The victims of Tate’s (Evan Peters) school shooting confront him and Violet like an undead Breakfast Club. Oh, and there’s a cursed frankenbaby scurrying around the basement.

There’s A LOT going on here, especially considering that these are the fourth and fifth episodes of the season. The episodes manage to be scary, heartfelt, and utterly bonkers in the best way. Truly, you haven’t lived until you’ve seen Jessica Lange scream “you’re not a pretty girl!” at the top of her lungs like a Tennessee Williams matriarch. But what makes these episodes so powerful is the pain and regret that comes across from the ghosts that are bound to the Murder House. All the frustration and suffering didn’t end with their deaths, and they are left to hash out their issues for the rest of time.

What are your favorite AHS Halloween episodes?